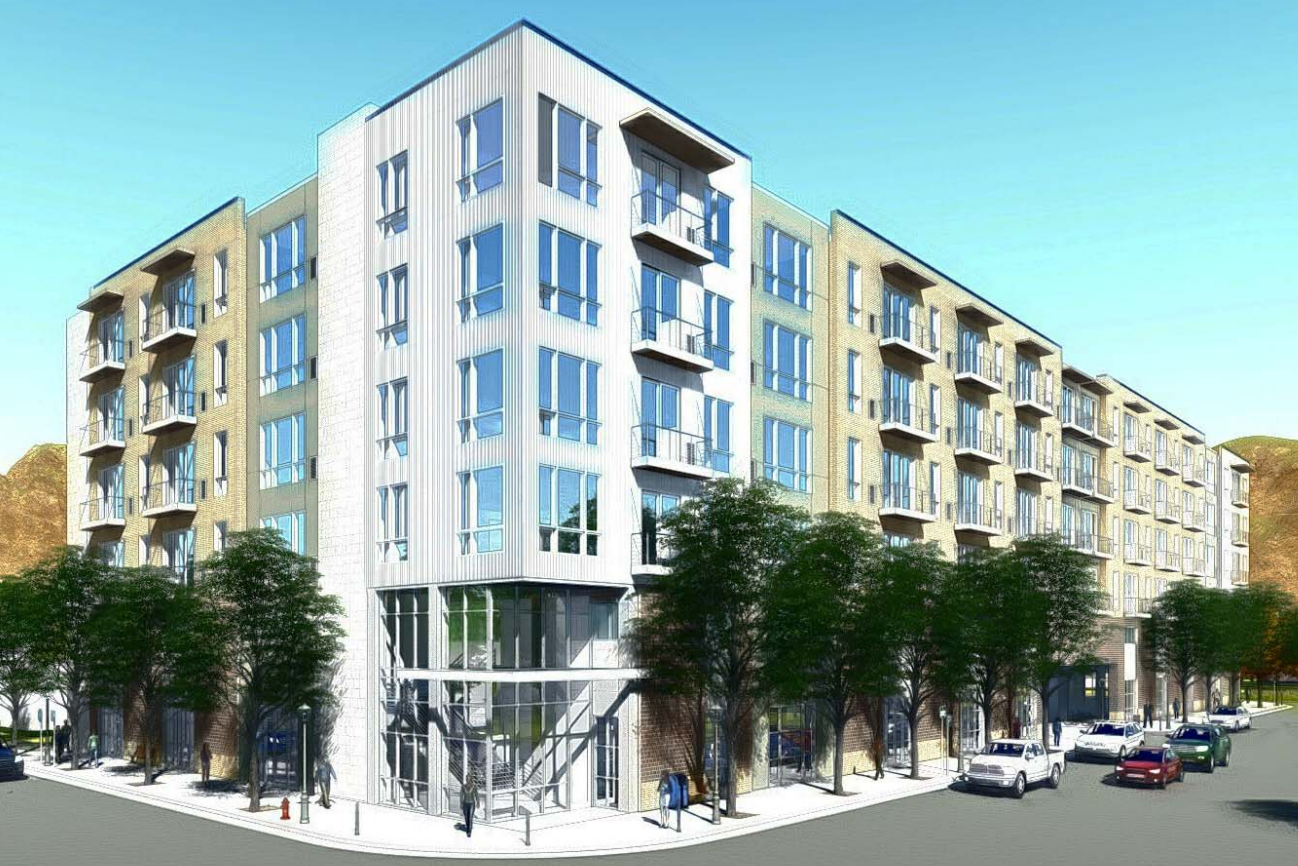 The “real estate” boundaries of Central Ninth are expanding past the 900 South freeway onramp.  On Wednesday the Salt Lake City Planning Commission voted unanimously to forward a favorable recommendation to City Council for an alley vacation, for the Central Ninth Lofts, a residential development proposed for the 1000 South block of Jefferson Street.

The developer, Alec Harwin of Sojourn SLC, is requesting the alley vacation of air rights so that he can build above an alleyway that bisects his proposed development.  Harwin plans to build a six-story, multi-family residential project that will occupy two buildings on each side of the alleyway connected by a pedestrian bridge.

“It is a high-end project that we think will be competitive with the nicest stuff downtown and in Sugar House,” said Harwin. “We think it will boost additional development in the neighborhood.”

According to Harwin, the project’s amenities will include shared office space, modeled after co-working spaces.

The developer originally proposed a 105-unit project with residential units built over the alleyway. City planners were concerned that putting residential units above the alley would create a large wall along Goltz Avenue and give the appearance that the alley was not a public street.

The parcel takes up half of a block, stretching from Jefferson Street to 20o West.  It is also unique in that the alley bisects it, with both sides of the alleyway making up the one parcel.  To keep the alleyway open to residents, the developer plans to build a pedestrian walkway that would allow tenants to access different amenities within the development.

The proposed project is zoned R-MU (Residential Mixed Use District), which allows for heights up to 75 feet.  The developer plans to build up to the 75-foot threshold with four floors of residential above a two-story parking structure.

The project will replace two vacant lots that previously housed a church and a parking lot.  The city doesn’t maintain the alley but it is used by residents of several single family detached homes to the north that use it to park.

The developer will now go before City Council for final approval of the alley vacation.  Perhaps a sign of the neighborhood’s growing popularity, Harwin’s project is one of three proposed multi-family developments in Central Ninth referred to as Central Ninth Lofts.