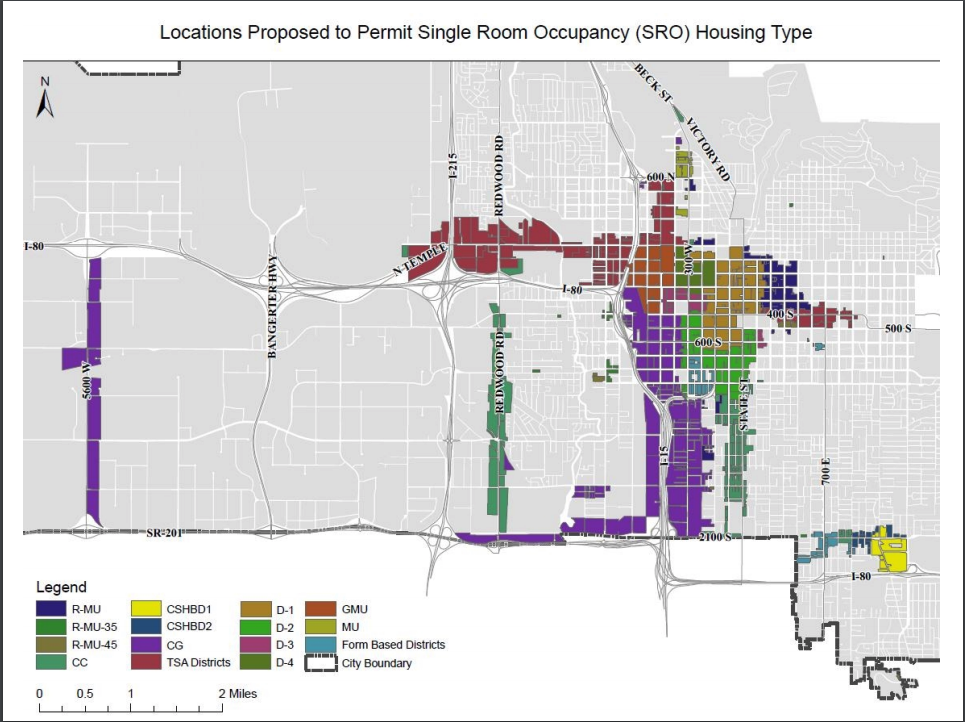 Salt Lake City planners are proposing a new ordinance they hope will lead to the creation of new micro-apartments with shared amenities that could help provide needed housing to people who can’t afford longer-term rentals.

Single-room occupancy (SRO) apartments have been part of the homelessness conversation in Utah for years. The city lost about 50 SRO units when it bought and demolished the Regis and Cambridge hotels near 250 S. State St.

Advocates believe paving the way for more of the small units by allowing them in certain zones across the city could quickly add to the stock of low- and very-low income apartment units.

The city is looking to clarify the ordinance around single-room occupancy units (SROs), and expand the list of zone types where apartments could be developed and rented on a weekly or monthly basis. That change is targeted to generate housing for people who can’t afford a month’s rent.

The Salt Lake City Council is preparing to vote on the proposed ordinance at its May 7 meeting with public comment scheduled for April 23. Among the requirements developers and building owners would have to follow:

The ordinance would require developments to have a manager present on site around the clock, and shared amenities would have to be monitored with security cameras.

“If we have to put in our ordinance how you should manage this property, that’s a lot for us to regulate,” new councilwoman Ana Valdemoros, who represents downtown.

The Rio Grande Hotel on downtown’s west side is the only existing SRO development in the city today, though the former Capitol Motel (now Capitol Homes) near 1700 South State St. has been managed in a similar fashion since last year.

In picking the zones shown in color on the map, the city said it was trying to drive SRO development toward areas that were more bike and pedestrian friendly and near transit. The dwellings would need half a parking space per unit, compared with two parking spaces Salt Lake City requires for multi-family developments with two bedrooms or more.

SROs would largely be permitted west of 700 East, and even primarily west of State Street. District 6, which includes the East Bench and Yalecrest, would be devoid of any areas where SROs would be permitted under the proposed ordinance.

The city is looking to allow them largely where commercial, downtown and high-density uses already exist. It would not allow them in community business zones like 9th and 9th.

The placement serves as a reminder of when the City Council considered blocking accessory dwelling units from being built on the East Bench and in the Avenues before backing out and allowing them citywide. SROs would be almost entirely blocked from those affluent neighborhoods under the proposed ordinance.

Here are the changes neighborhoods could see under the proposed ordinance.