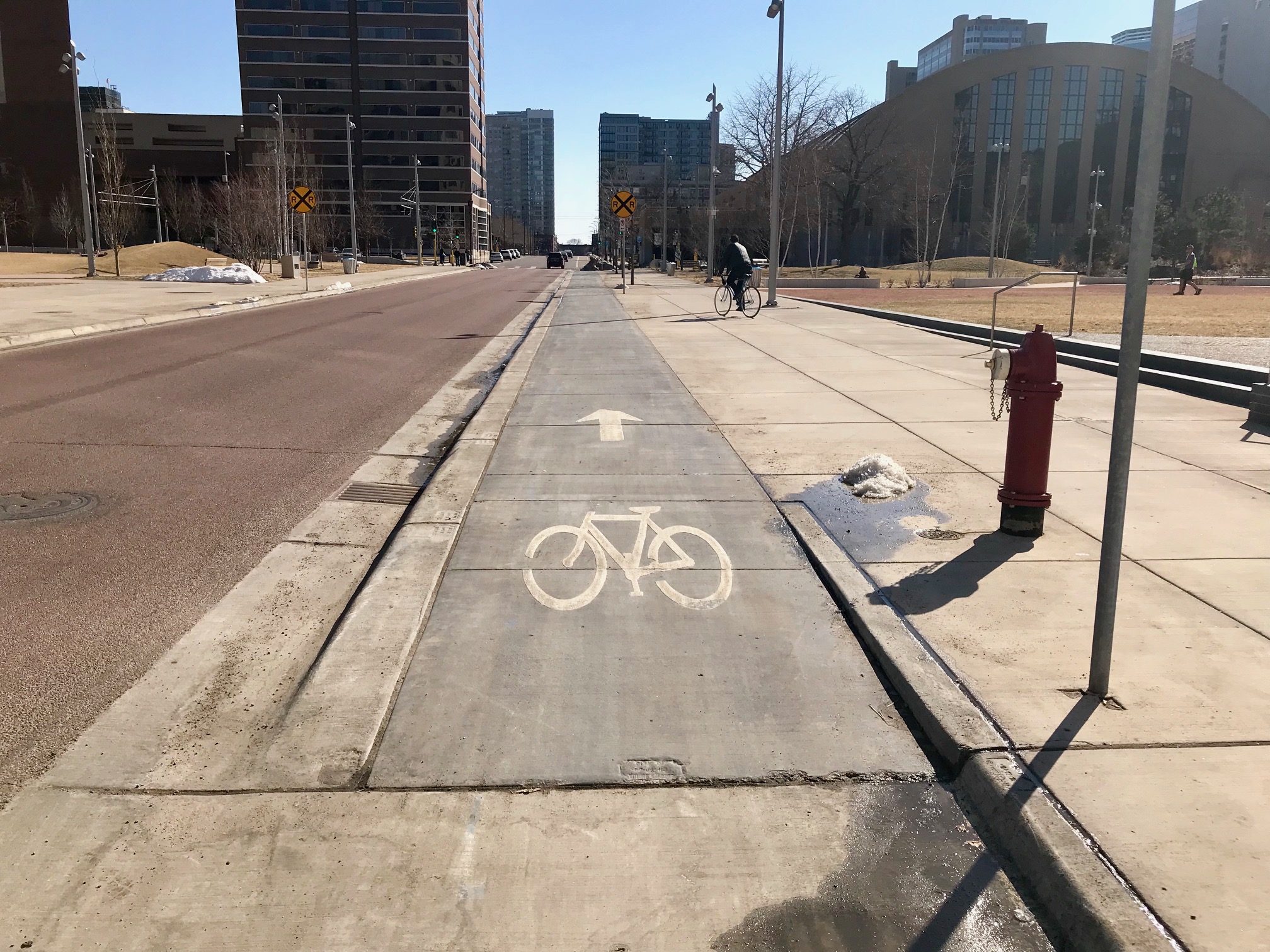 In Salt Lake, 2015 was a banner year for cyclists.  That year, the city adopted the Bicycle and Pedestrian Master Plan, a plan that seeks to create more complete streets (streets that accommodate pedestrians, cars, transit and cyclists) and expand the city’s network of low-stress bikeways, opened three protected bike lanes and country’s second protected intersection.

At that time, Salt Lake City was building a national reputation as a leading bike-friendly city.  But according to detail rankings by PeopleForBikes, Salt Lake City is falling behind other cities in making its streets more hospitable to cyclists.

The report, released last week in conjunction with National Bicycle Month, ranks 484 cities for ridership, safety, network, reach and acceleration.  The rankings are the result of an intensive research process that included evaluating community surveys, with over 37,000 responses, and multiple national and local databases.

According to PeopleForBikes’ PlacesForBikes City Ratings Program, Salt Lake City is the 78th best city for cyclists with a score of 2.1 on a five-point scale.   Of the five categories, Salt Lake scored the lowest for acceleration with a 0.6, meaning it isn’t producing many new bike lanes despite a city mandate under the Bicycle and Pedestrian Master Plan that calls for 220 miles of low-stress bikeways by 2035.  The defines low-stress (protected) bikeways as lanes that encourage bicycle use and help cyclists feel safer riding on city corridors.

Despite receiving just a 0.6 for the lack of new lanes, Salt Lake City’s highest score was a 3.1 for its current bikeway network.  But because so many of those lanes aren’t low-stress, the city received just a 1.9 for safety.

The city ranks high for its current network, coming in at 16th but its acceleration ranking is 133rd.  Additionally, Salt Lake ranks 26th nationally for ridership, yet just 134th for safety.

Bicycles don’t pollute and in a region that is plagued by poor air quilty directly connected to vehicle emissions, getting people out of their cars and onto bikes could help to improve the region’s air and the health of those new cyclists. A report recently published in the British Medical Journal found that people that commuted by bike had a significantly lower risk of death from cardiovascular disease and cancer.