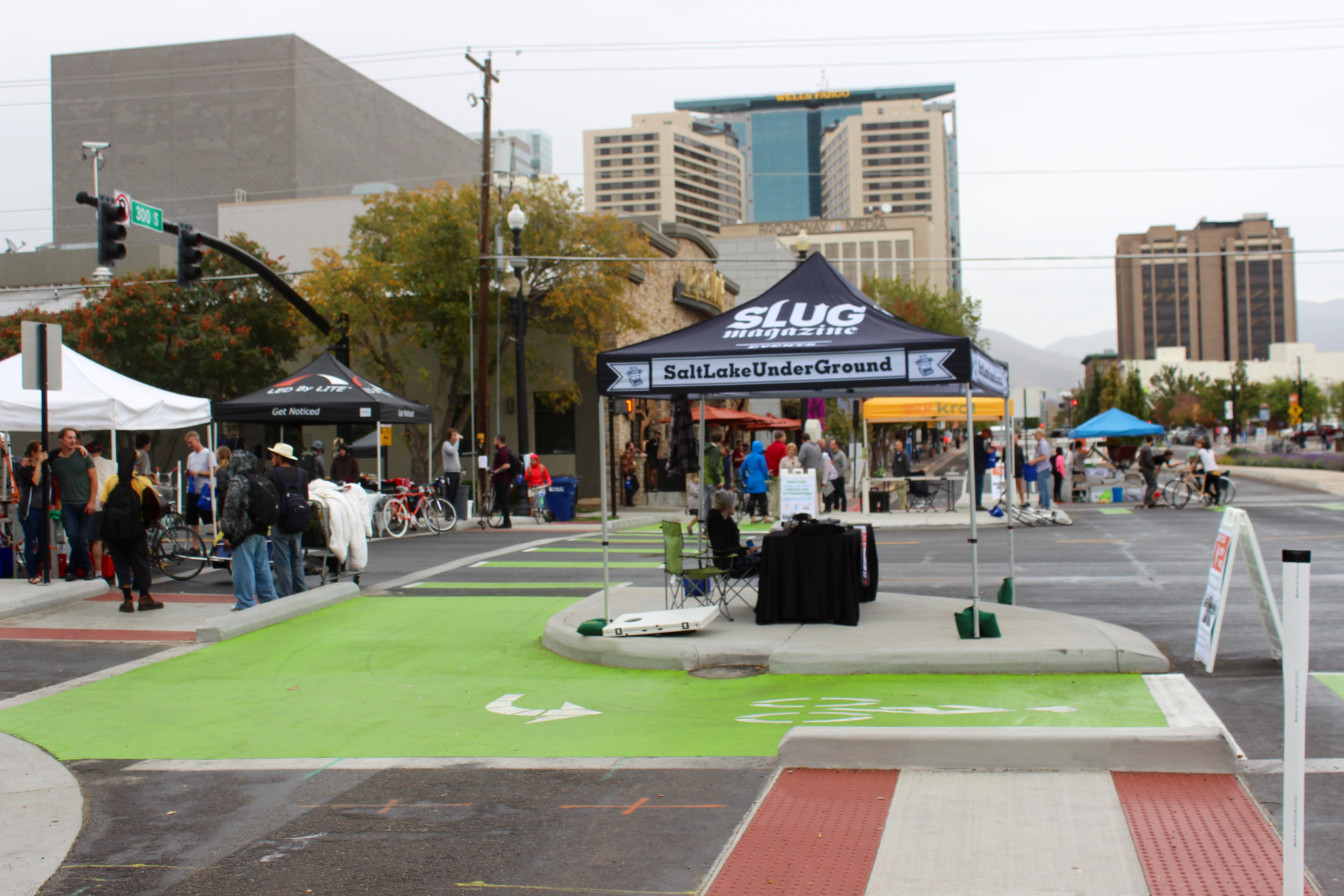 The second protected bike intersection in the U.S. is open and ready for use.  On October 17th, representatives from the Utah Department of Transportation and the Wasatch Front Regional Council joined Salt Lake City leaders for a “Biketoberfest” celebration of the grand opening of the new intersection of the 300 South and 200 West protected bike lanes.

“We’ve got to be very sensitive to how change is so tough for people and make it as easy as possible for people to adapt to these changing conditions,” said Mayor Ralph Becker in a recent episode of Salt Lake on the Streets.  “We still want to have a complete street where we provide for cyclists, motorists, transit and walking.  We’ve learned and we’re adapting.”

Salt Lake City is not the only local community building bike lanes.  New bike lanes are emerging throughout Salt Lake County.  The suburban city of Riverton recently opened a dedicated bike lane on 2700 West, a busy north-south thoroughfare in the growing city.  According to Salt Lake County leaders, the Riverton bike lane is one of 18 new projects funded by Salt Lake County’s regional bikeway commuter grant program.  The program’s goal is to make the existing network of bike routes safer and more connected Salt Lake County-wide.

Safety is another motivator for the increase in bike infrastructure.  According the Utah Department of Public Safety, 777 bicyclists were hit by cars on Utah roads – of that number, 688 were injured and six were killed.  The Utah Department of Transportation recorded five bike fatalities in 2014 and three deaths so far in 2015.

“Salt Lake City has been leading the effort to implement bike facilities throughout the entire city, but its now happening across Utah from St. George to Odgen,” said Braceras.  “We are going to be doubling our population here along the Wasatch Front, but we be doubling our road miles; people are going to have to do more active transportation, use more transit.”