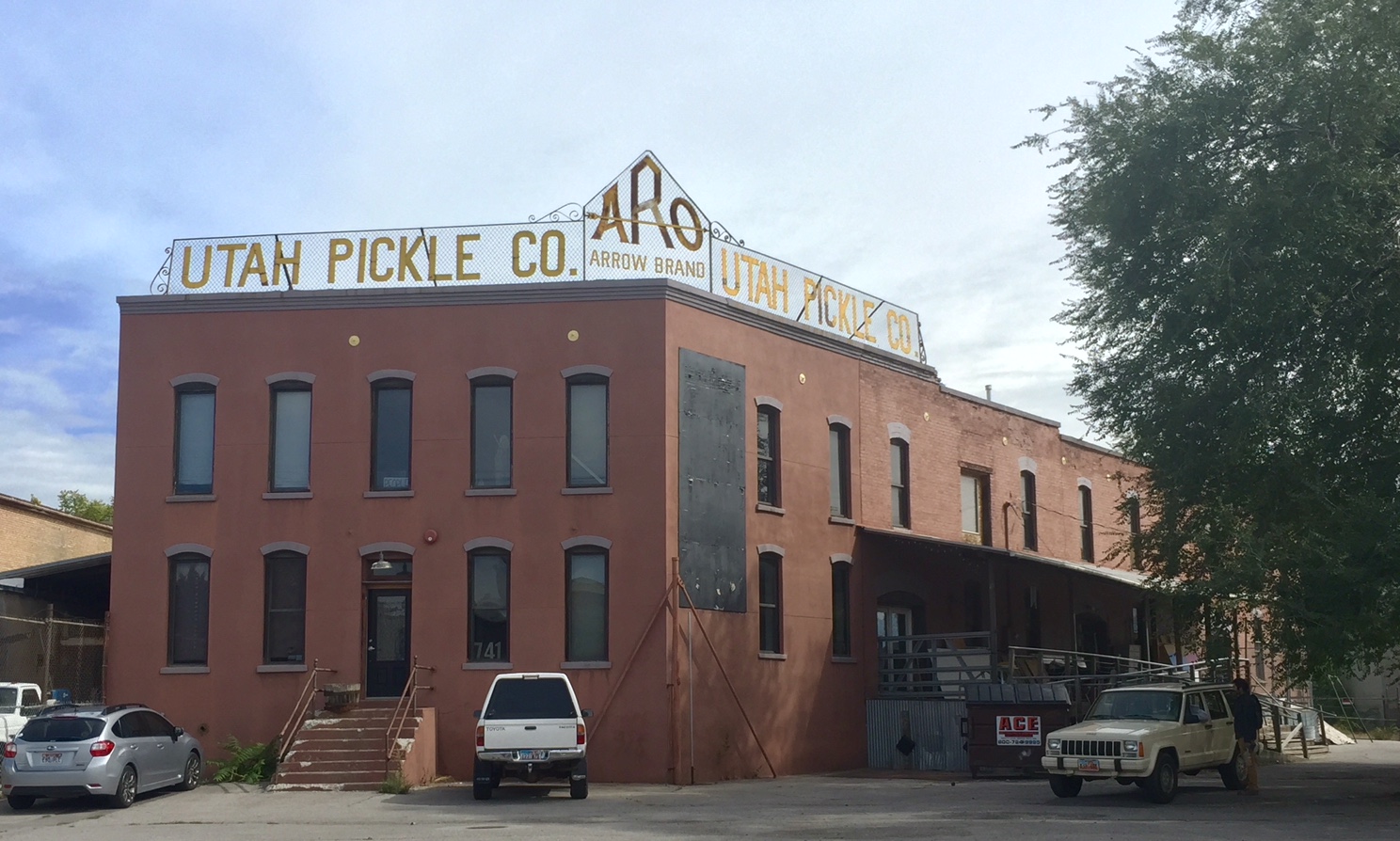 Since moving to Salt Lake over a decade ago, Michael Ori has eyed the historic Utah Pickle Building on the 700 South block of 400 West in the Granary District.  And thanks to the Vote Your Main Street sweepstakes, Ori could have the opportunity to realize his vision for the historic building.

Salt Lake City is own of 25 cities competing for a piece of a $2 million grant from the Partners in Preservation, a collaboration with the National Trust for Historic Preservation, American Express, National Geophric and Main Street America.  Salt Lake’s Office of Economic Development selected Ori’s plans for the redevelopment of the Pickle Building.

The building was constructed in 1894 by former LDS Church President Heber J. Grant.  In its 123-year history, the building has been a soap factory, a pickle and condiment factory, and most recently an arts and event space.

Ori, the owner of Studio Elevn a film production and creative coworking company, envisions converting the Pickle Building and adjacent Hide Building into a 1.5-acre creative campus for the local arts community.

According to Ori, the Granary District is the ideal fit for his vision because of the neighborhood’s wealth of creative and entrepreneurial establishments like Kilby Court and Fisher Brewing, and the district’s respect for its historic character.

“The Granary District is full of these historic buildings and we have the opportunity to save at least some,” he said.

Ori currently runs Studio Elevn out of the 100-year old Central Building on the 400 South block of 400 West near Pioneer Park.  His company consists of two studios and a creative coworking space called Creative Commons.

“Right now we are operating all of our events and production out of the same space,” said Ori.  “This expansion will help us put those services in their own building that will free up a lot of time and generate more money which means we can donate more to the community.”

By moving operations to an expanded campus in the Granary, Studio Elevn would increase its available studio, work and event space from its current 9,000 square feet downtown to 45,000 square feet in the Pickle and Hide Buildings.  In addition to the expanded studio and event space, the new campus would include gardens, a courtyard, a cafe and galleries.

“There are a lot of startups geared toward small business but not a lot people help photographers and artists,” said Ori.  “We working to expand the arts in Salt Lake City.”

Studio Elevn runs two programs designed to support and build awareness for emerging artists. The first called Inspired By is a video series of artists in the community which, according to Ori, allows artists to share their stories. The second program, Sponsor By, helps artists find financial support for individual film productions.

“We are trying to give everybody the best service we can,” said Ori.  “This is a phenomenal place (Salt Lake) to live and we want it to continue to prosper.”

While much of the campus would be occupied by Studio Elevn, Ori says the project area is large enough to provide opportunities to work with additional partners.

Regardless if the project wins the grant money, Ori still plans to move forward with the redevelopment of the Pickle Building.  He has partnered with Form Development to develop the properties and CRSA Architects will handle the campus’ design.  Local design and real estate firm, City Home Collective, will design the buildings’ interiors.

People can vote up to five times a day until October 31.  According to Partners in Preservation, the Main Streets with the most votes at the end of the voting period will be awarded grants, until the full $2 million is distributed.  The funds will first be awarded to the cities before being redistributed to the selected projects.