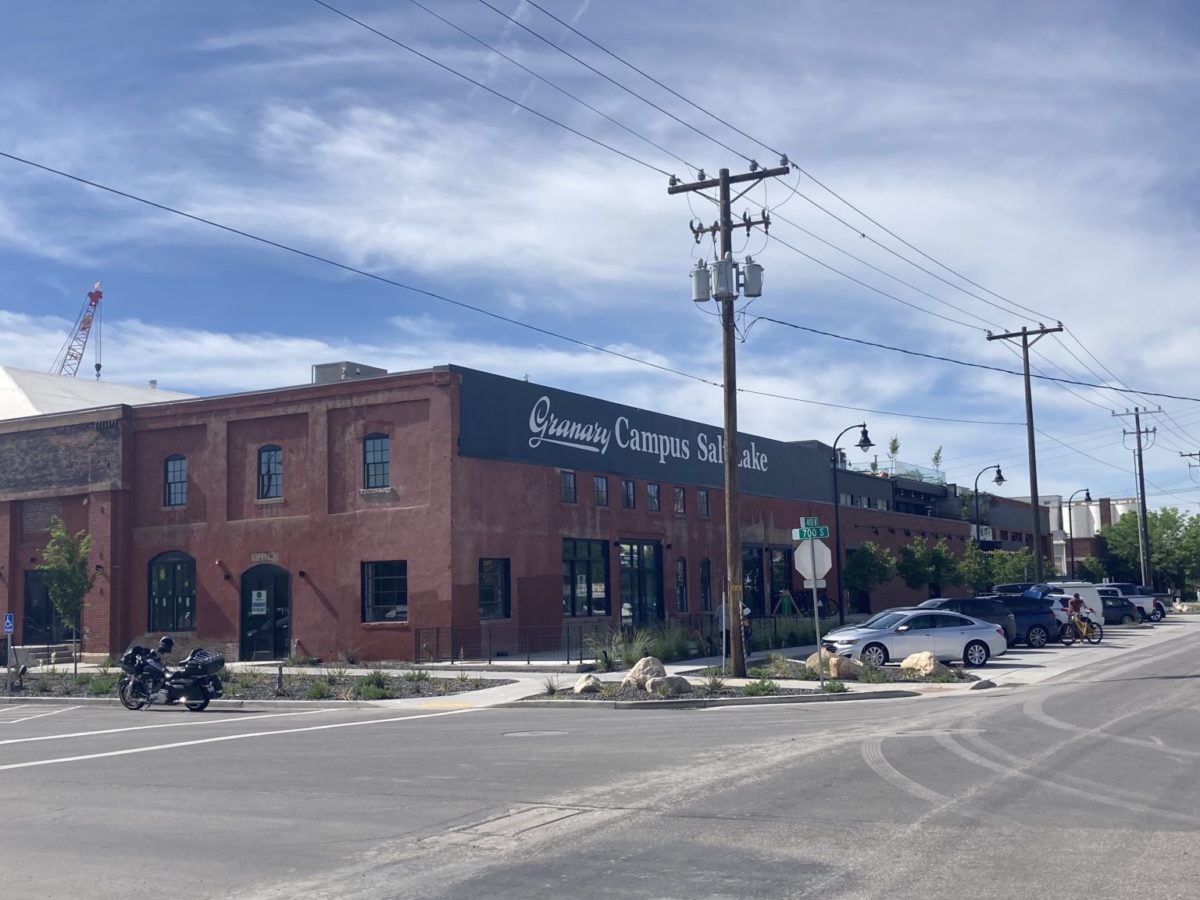 It’s an old adage in Salt Lake City that the Granary District was set to become the next big thing, with a slurry of city encouragement and federal tax incentives lining up to promote the redevelopment of the industrial warehouse district southwest of Downtown.

The day is here.

With a mix of adaptive reuse and new builds, much of it in a similar style to what’s being replaced, the Granary District has sprung to life.

The Industry SLC building near 700 S. 500 W. set the stage with its more than 150,000-square-foot manufacturing building retrofitted into modern office space. Its next addition is Slackwater Pizzeria & Pub.

The Granary-focused organization Little City, which has for years tried to open the city’s eyes to what is possible in the neighborhood by programming events and retail space out of shipping containers and on the street, has also relocated to the neighborhood.

On land containing the burned out shell of a former warehouse and owned by one of the biggest property owners in the neighborhood, Brandon Blaser, Little City is putting on monthly events that include music, drinks and small businesses. The first one last month brought hundreds of people out. The next one is June 25.

Organizers have said they plan to program the space for the next three years or so, when we’ll likely have an idea of Blaser’s long-term plans for the property.

Builders are putting the finishing touches on a food hall with bars, restaurants and rooftop space near 700 S. 550 W., another mix of food and drink options on the way to serve visitors and an incoming rush of full-time residents.

Expansion of the Granary Campus

On Saturday night, Lake Union Partners’ Granary Campus officially opened with a raging welcome party for outdoor industry insiders to view the transformation of an 1890s-era warehouse into a multi-use playpen.

The building is now home to the flagship store of the Seattle-based evo outdoor retailer, a state-of-the-art bouldering gym, Level Nine Sports outdoor retailer, an indoor skatepark, office space, space for two restaurants and bars and an 85-bed hotel.

Immediately north of that, at 634 S. 400 W., Lake Union Partners has just unveiled a seven-story mixed-use apartment building that’s just one of several residential proposals on the way.

The building will include 4,192 square feet of retail space that will be tied with the Granary Campus and 184 places for people to live. At 81 feet tall, the building would be about two stories more than what’s allowed outright in the General Commercial (CG) zone awash in the Granary.

Like the campus, the new building — dubbed G3 Apartments — is geared at outdoor industry enthusiasts. That might be a reason for Lake Union to consider adding more than the eight indoor and eight outdoor spaces to park and store bikes. The company is also pitching 138 car parking stalls on site, and renderings show angled parking on 400 West.

The rendering from the design review application shows a large central courtyard “with wave pool,” though the company didn’t specify in an email what that entails.

The building is just one of several large-scale residential buildings coming to the Granary.

Q Factor, the team responsible for Industry SLC, has yet-to-be-released plans for hundreds of apartments around its warehouse headquarters.

Urban Alfandre, a Building Salt Lake sponsor, won approval from the Planning Commission to build 292 apartments in an 88-foot building across from the Granary Campus.

The streets should be a-changing

If there’s one emerging missed opportunity, it may be that the city isn’t using its uber-wide 700 South and underutilized 600 West to create protected bike lanes for entry to the neighborhood from the north and from the east, and potentially for greenspace.

That would be in line with the CG zoning, which aims to put people walking first, people riding bikes second and people driving cars third in a hierarchy isn’t being realized today.

The city recently reconstruction 700 South and created angled parking with a painted bike lane behind parked cars. There is ample space to move those cars off the curb, leave space in front of them for people to ride bikes in the neighborhood and have a calm, low-speed neighborhood street.

600 West bypasses the interstate overpasses at 600 South, 500 South and 400 South, providing an efficient way to avoid getting stuck at every one of those lights if entering the neighborhood on 200 West.

The time for that type of intervention is now, before Industry’s 1,000-car parking garage opens.

Looking to the street could also provide an opportunity for the city to add green space in the neighborhood in the form of linear parks.

But what else do you do when your right of way is only twice as wide as allowable buildings are tall?

Are you a Building Salt Lake member? In addition to supporting independent journalism, members get access to all the exclusive features BSL has to offer, including a Salt Lake City projects map and database, plus enhanced search. Become a member today.