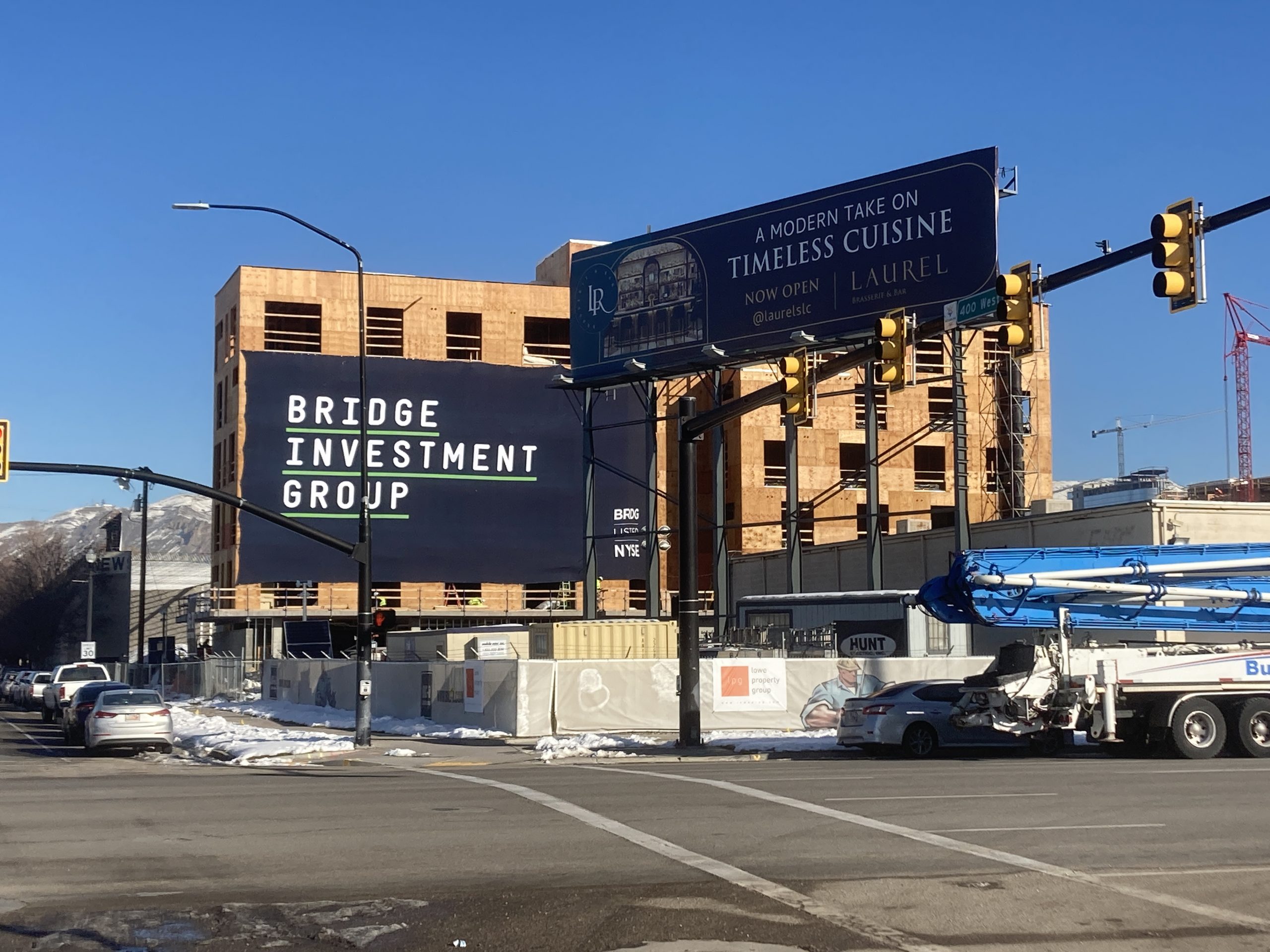 The southwestern corner of the Post District project, at 600 S and 400 W. Notice the awkwardly placed billboard…not the only one in and around the neighborhood. Photo by Luke Garrott.

We take a look at ongoing projects in the Granary District along 700 South, as well as the 13-acre assemblage to the north – the Post District – that is beginning to take some shape on 500 South.

Despite serious dysfunction in urban design – due to the rights of billboards, highways for streets, and out of date zoning – the area’s momentum is undeniably impressive.

Here’s our update – in pictures.

The corner of 400 W and 700 S. The Evo campus, by Lake Union Partners, is getting a glow and some tenants. The former Rico foods warehouse is complete in its renovation on 700 S. Looking south along the tracks on 400 W at more properties owned by Brandon Blaser and Lake Union, on the left. Photos by Luke Garrott.

At 500 W, Industry indeed has activity – a major food + beverage provider, office tenants attracting food trucks, and of course, construction crews. These shots are between 700 S and 600 S, which is an off-ramp for I-15. Photos by Luke Garrott.

600 W and 700 S, the west end of the Industry property. To the west, across 600 W is Kiitos Brewery and taproom. Photos by Luke Garrott.

Box 500 container studio building is getting closer to renting, while Pamela’s Place permanent supportive housing is open. The Silos affordable housing project will take the place of the massive white cereal granary on 500 S. Photos by Luke Garrott.

Post District project from the west. Photos by Luke Garrott.

Post District buildings from the east, northeast, north, and an aerial from the south. Photos by Luke Garrott.

The Silos affordable housing project at 425 W 500 S by Giv Communities has completed its financing package – and the developer tells Building Salt Lake that the block to the south is likely to see significantly more action from a partnership between Giv and Lowe Development Group. Photos by Luke Garrott.