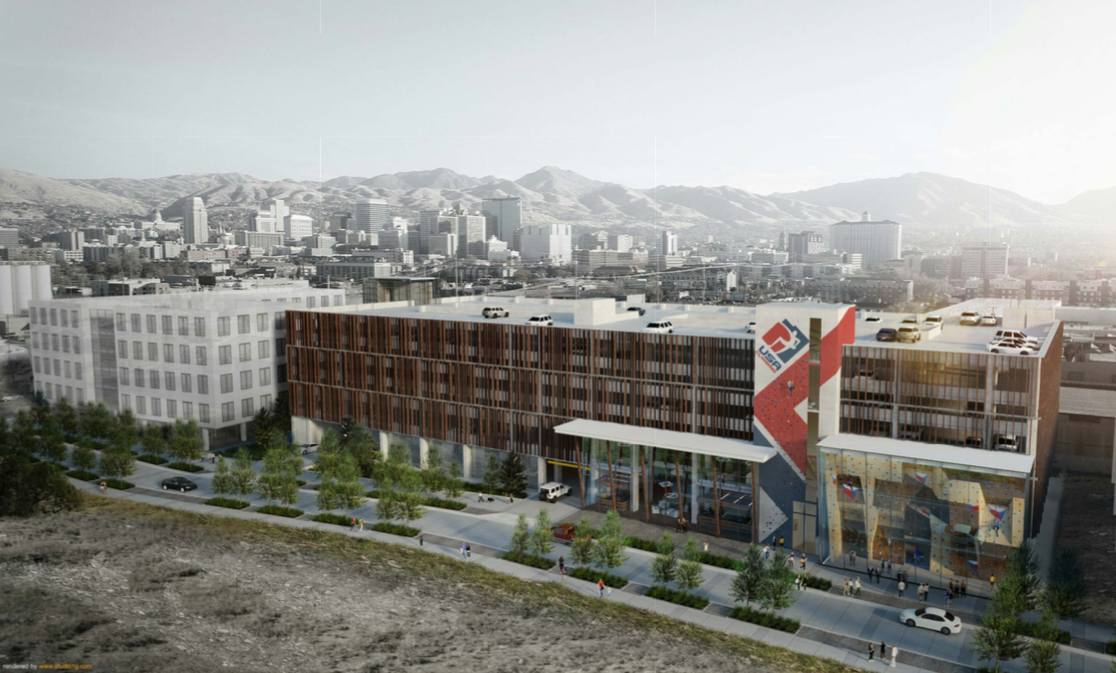 Development in the Granary is gaining ever more momentum, despite the challenges of outdated zoning and inadequate infrastructure.

While the CG General Commercial zone that covers the Granary is flexible, it forces many developments needing height increases and yard size reductions into the design review and planned development processes.

Three of those new developments are showcased below.

Both city planners and developers complain that design review and planned development costs them dearly in money and time. Yet the city’s planning office says there are no immediate plans to remedy the situation by updating the Granary’s zoning ordinance and map.

The city’s Planning Division has finished polishing their proposal for Fleet Block zoning changes, and the city council has tentatively scheduled it for an early October discussion.

A new form-based code, FB-UN-3, is being proposed for the block. Its goal, according to a staff report, is to encourage pedestrian-friendly, mixed-use development, allowing light manufacturing and industrial assembly along with greater building heights and a removal of parking minimums and maximums.

It sounds like a natural fit for the rest of the Granary. Nick Norris, Planning Director, confirmed as much in an email: “The Fleet Block zoning proposal was drafted to be applied to the Granary and frankly, to other CG  and M-1 zoned areas in the City.”

Yet planning staff doesn’t have the capacity to carry out zoning changes in the Granary.  Or, for that matter, in other areas of the city – like Ballpark – that are undergoing development under zoning that impedes the style of development that the city wants to see.

While Norris recognizes the urgency of fixing Granary’s zoning and implementing elements of the city’s 2016 Downtown master plan, he’s not committed to action.

“Once we have an idea of the council’s position on it, we could potentially start discussions with the community about applying the zoning to the rest of the Granary area depending on staff availability,” he told us in an email.

Staff time scarcity isn’t the only factor slowing the process down.

“The process has to be driven with an eye on equity and in the Granary a big piece of that is displacement of the businesses and people. Displacement is a big part of the history of the Granary, as it was identified as an ‘hazardous area’ on early redlining maps that contained primarily working class people.”

Planning Director Norris makes it clear that Mayor Mendenhall’s emphasis on equity will be leading his department’s efforts in the Granary.

He insisted “The future zoning of the area has to support an improved quality of life for the future residents and businesses within the area. The Granary not only is its own distinct place, but it should be a place that helps to bridge the east side/west side divide.”

With such an ambitious vision, don’t expect development in the Granary to get easier anytime soon. The Mayor’s goals “will require a different level of engagement and analysis that has been done with the Fleet Block, mainly because the Fleet Block is mostly an empty site so the direct displacement is not there.”

Huge, defining projects are being built

Their proposal is requesting relief from the 60 ft height restriction and requirements for front and rear yard setbacks, and is nearing a hearing with the Planning Commission for design and planned development review.

Q Factor’s Jesse Dean told us that the garage is being built with sprinklers and a high floor-to-floor ratio that will allow its easy conversion to multi-family residential in the future if the area’s transit options grow.

The convertible design has cost the developers approximately 30% more than the typical 18,000-$20,000 per structured parking stall.

The parking garage is intended to service all of INDUSTRY’s planned construction in the District, plus Lake Union Partners’ adaptive reuse project on the southeast side of the block, on 400 West and 700 South.

The construction fences are up for Seattle-based Lake Union’s project with the outdoor retailer evo. They are promising unique retail, restaurants, co-working space, music and movie venues, an art gallery as well as outdoor recreation facilities.

Industry also plans a residential building on the southwest corner of the block, which will be partially parked by the structure. The building directly north of the parking garage, which the developer is calling “workforce housing,” will be entirely served by its new garage.

Meanwhile, Lowe Property Group, Bridge Investment Group, and Q Factor have broken ground on the first phase of the Post District. They received approval from the city (through design review and planned development processes) for construction of five buildings on the block between 400 + 300 West and 500 + 600 South.

Gale Street, which runs north-south through the block, was originally planned as a private street by the developer. The city, however, insisted on maintaining its public easement.

Smaller projects continue to pop up

A proposal for Southern Highlands (SOHI) apartments, at 927 South 400 West, has recently been submitted to the planning office for design and planned development review.

Day Development, based in Rockville, MD, and Beecher, Walker architects from Holladay, UT want to build 105 market-rate units and need a height variance from GC’s 60 ft to 70 ft to do it.

The application plans three levels of parking, one below- and two above grade, with a ground floor leasing office and mail room.

The site is somewhat unique, pushed up against UTA’s diagonal, unused right-of-way to the east.