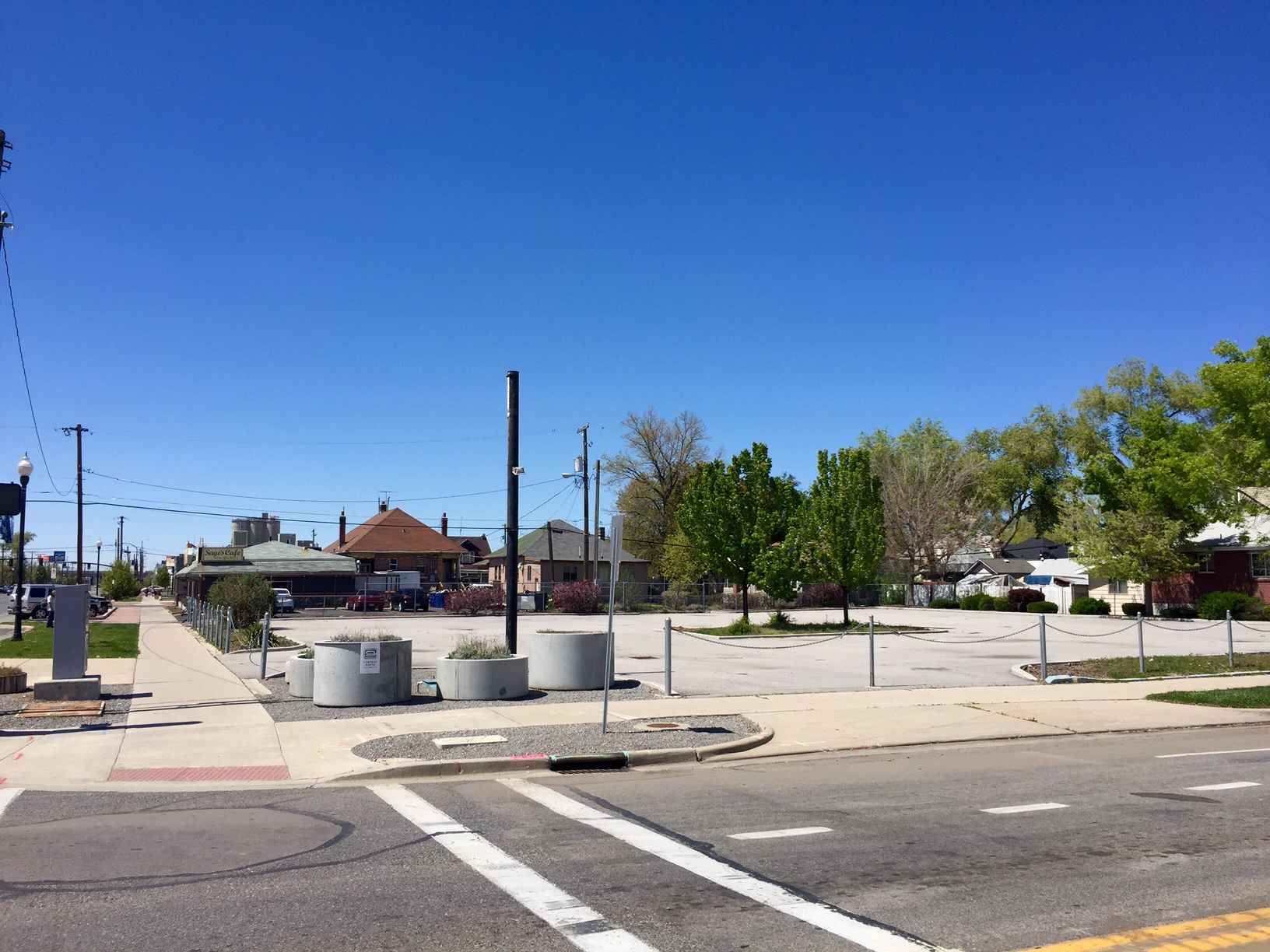 A surface parking lot is the antithesis of vibrant urban nodes.  The Redevelopment Agency (RDA) of Salt Lake City is looking for the right developer for a large asphalt parcel at the northwest corner of the intersection of 900 South and 200 West in the Central Ninth neighborhood.

The parcel is one of several that the city has offered up for development in its revitalization plans for the immediate blocks surrounding the 900 South TRAX station.

The RDA has issued a Request for Proposals (RFP) for the 0.40 acre at 208 W. 900 South.  The site is zoned Form Based Urban Neighborhood 2 (FBUN-2) which allows for heights up to four stories and regulates projects based on building type, scale and form.

According to the RFP, “the RDA’s intent is to create a project that will complement the Central Ninth neighborhood and strengthen the 900 South 200 West area as an activity node.”  The proposed development must include “a community-oriented service center that provides for the cultural, educational, entrepreneurial, or healthcare needs of the neighborhood.” The RDA encourages proposals to include neighborhood-oriented, residential, and/or commercial in the project.

As has become customary for RDA projects in Central Ninth, proposals will need to incorporate public art into the development that “enhances the pedestrian experience” with frontage on both 900 South and 200 West. The project must maximize the lot size and not exceed three-stories in height.  The selected developers will need to build to a minimum of LEED Silver standards and use “high quality” materials.  The RDA will give preference to proposals that include active uses on the ground level, provide employment to neighborhood residents and identifies potential commercial tenants.

With the TRAX station, the RDA envisions the intersection of 200 West and 900 South as the key activity node of the Central Ninth neighborhood.

The RDA selected a proposal from LandForge Inc. to develop the four parcels on the northeast corner of the 900 South and 200 West intersection.  LandForge plans to build  a mixed-use residential development with 23 for-sale-units and 4,000 square feet of retail space.  The project will include a three story building, fronting 900 South with ground-floor retail below two floors of condos, and two rows of townhomes at the current site of the Local First offices.

Construction is underway on the  Central Ninth Market, an RDA project being developed by Atlas Architects. The market will include a grocery store, bar, restaurant, salon and new offices for Local First.  A second phase will include four rowhomes.