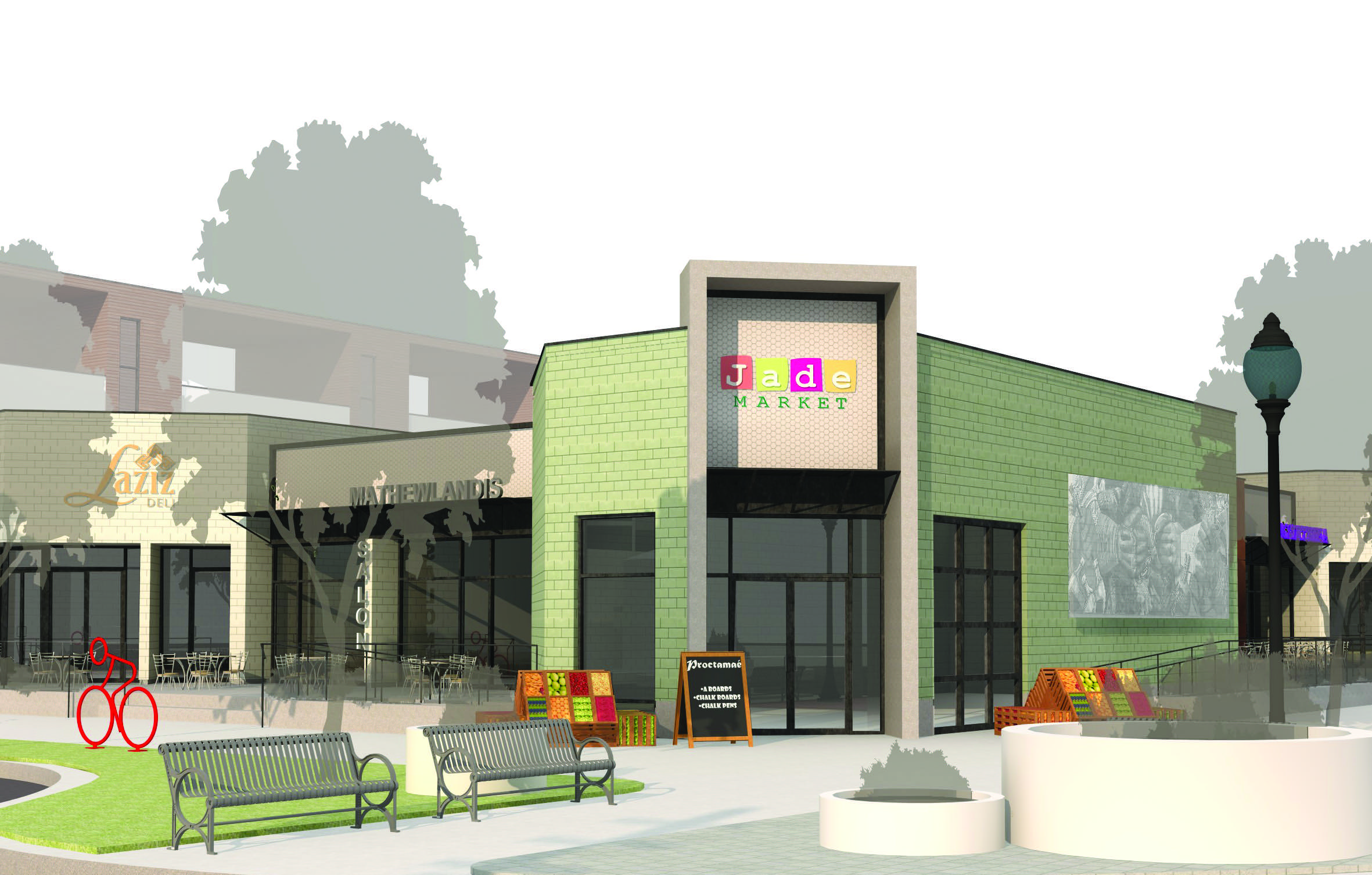 “The Market will be a long-lasting neighborhood business anchor in the Central Ninth community that will only strengthen the growing area’s vibrancy, commerce and livability,” said Mayor Ralph Becker.  “This is a true urban oasis that is poised to be the the cornerstone of this community.”

The RDA selected Central Ninth Development Partners to redevelop the vacant corner lot.  Atlas Architects designed the project and previously partnered with the RDA for the development of the lot directly west of the Central Ninth Market, that includes Atlas’ offices and the Blue Copper Coffee Room.  STS Contractors will build the project that should start construction in the next few weeks.

The Central Ninth Market will be energy-efficient and built with locally sourced sustainable materials and labor. The project will feature two outdoor dining areas and a public art installation by local artists Mark Hofeling and Christian England.

According to Atlas Principal Architect, Jesse Hulse, the Central Ninth Market is an example of purpose driven development focused on place making and community building.

“This project is built to last with sturdy materials and an anchor of authenticity that come from its purpose which is to be the commercial anchor and civic gathering space for Central Ninth,” said Hulse.

The project is 100 percent leased.  Hulse said he and his team intentionally waited until each commercial space had a tenant before starting construction to design each space to fit the specific tenant.

“By designing around the tenants, the building is more authentic,” said Hulse.

The project will include space for Local First Utah and five commercial tenants including Jade Market, which will be the first local food market in the neighborhood.

Other commercial tenants include:

Apart from a diverse set of tenants, the second phase of the project will include four townhomes.  The commercial building will not include off street parking, but will have cut angle on-street parking and several red bicycle stands along 900 South and Jefferson Street.   The project is also half a block from the 900 South TRAX station.

According to Hulse, the Central Ninth Market represents a “horizontal mixed use” project because the residential and commercial buildings will be built separately while maximizing lot space without building taller.   Hulse referenced the need for more residential in the neighborhood and large mixed use projects that often have residential units above vacant commercial space as evidence that bigger is not always better.

The project was made possible in part by financing from the Greater Salt Lake Development Corporation (GSLDC) and the RDA’s Revolving Loan Fund.