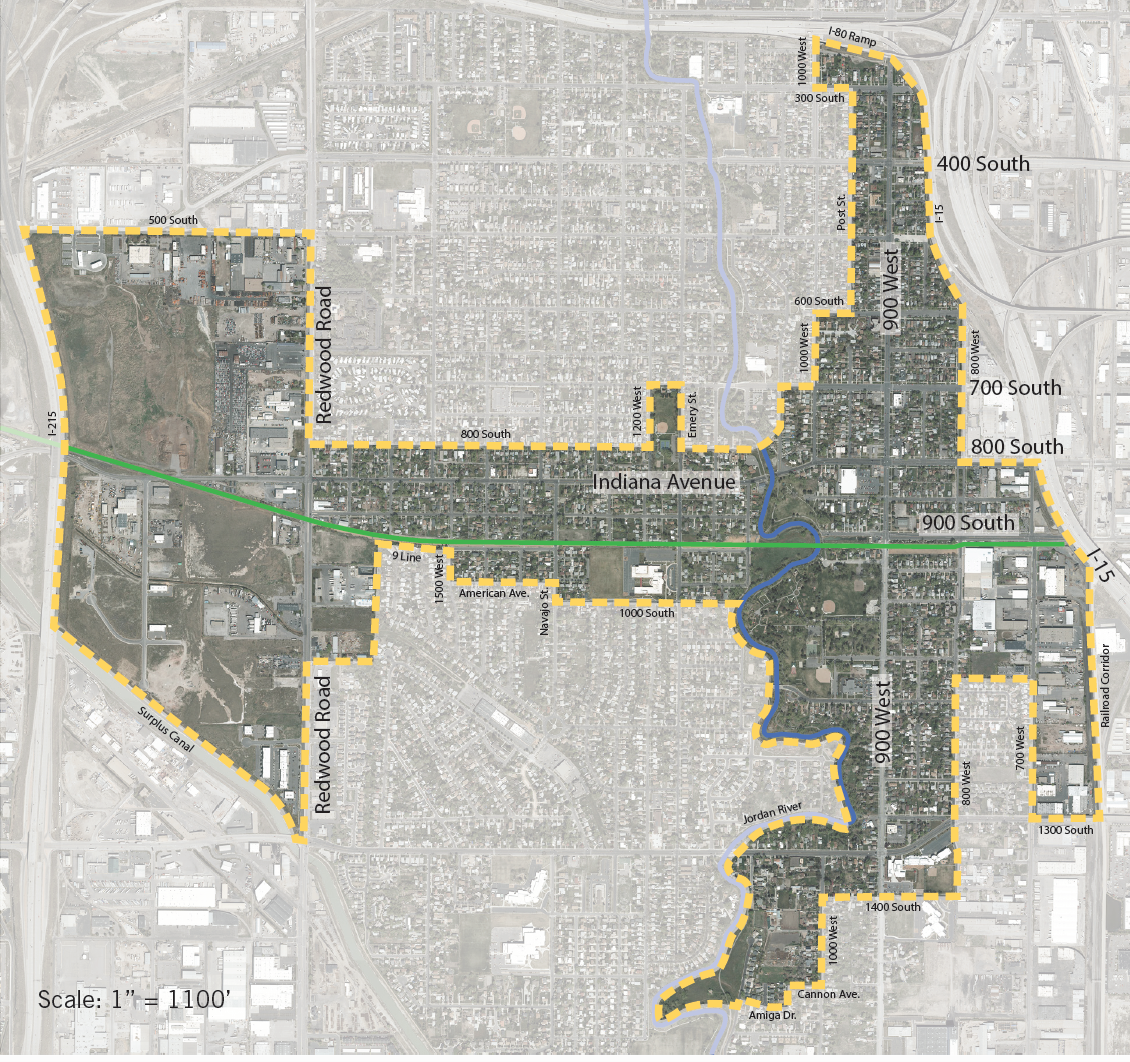 “We are on the precipice of major change for the west side, this perhaps is the greatest investment in the west side in the 150 years of its settlement,” said former councilmember, Kyle LaMalfa.

As a councilmember and former RDA director, LaMalfa initiated the process in 2014 that led to Tuesday’s 9 Line and State Street CRA designations.

The 9 Line project area encompasses most of the immediate blocks surrounding 900 South, the 9 Line Trail and 900 West and in the Poplar Grove and Glendale Neighborhoods.

The State Street project area encompasses most of the Ballpark Neighborhood and includes the majority of the immediate blocks surrounding State Street, the TRAX Line and 300 West from portions of downtown and the Central Ninth Neighborhood to 2100 South.

Under the CRA, or project area, designation, the city sets objectives and strategies for the area’s development and authorizes the use of Tax Increment Financing (TIF).  With TIFs, the city freezes the amount of property tax collected for property owners within the TIF district to encourage development in an area.  As development grows and property values increase, the property owners still pay the same amount in property taxes to the city with the remaining funds going back into the CRA to fund additional improvements to the area.

In the 9 Line project area, the incomes are lower but the households are larger than in other parts of the city.  The average household size in the area is 3.31 persons compared to the city average of 2.47 while the area’s median income is $39,420.

The 9 Line CRA uses the goals established under the city’s Westside and 9 Line Corridor Master Plans as the framework for future growth in the neighborhood.  In addition to the use of TIFs, the 9 Line CRA plan calls for several land use changes that will encourage mixed-use development and commercial revitalization around designated activity nodes while enhancing lower-density residential neighborhoods and improving connectivity between the westside the rest of Salt Lake City.  Additionally, the plan seeks to highlight the area’s outdoor amenities that include the Jordan River Trail, the 9 Line Trail and several parks.

While the 9 Line CRA focuses on preserving residential neighborhoods while activating key development nodes, under the State Street CRA the city hopes increase density in the Ballpark neighborhood by encouraging the development of vacant and under-utilized land.  Unlike the 9 Line Corridor that is dominated by single-family residential communities, over half of the land in the State Street CRA is used for commercial purposes and has zoning that allows for higher density and mixed-use developments.  The TRAX line also provides an opportunity for higher density transit-oriented developments in the area.