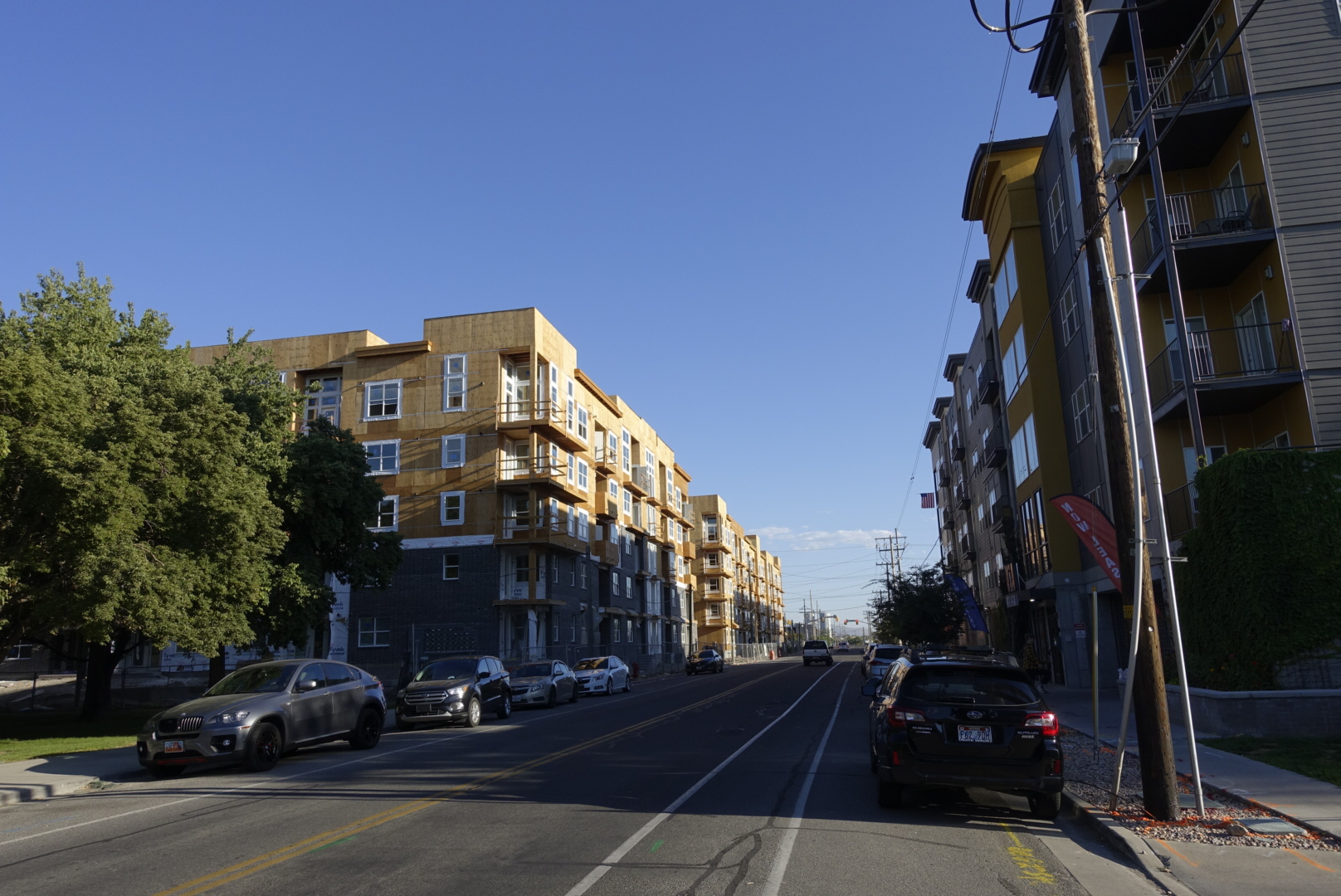 Developers have found a welcome area along the UTA transit line in recent years, flooding an underutilized area with dozens of urban infill developments that have added an impressive amount of density to Salt Lake City’s immediate neighbors to the south.

At least 28 different residential and commercial projects are under construction or recently completed between West Temple and Main Street alone, Building Salt Lake counted during a recent tour of the area.

While some are visible from I-15, the scale is a bit shocking on the ground, as builders continue creating space for thousands of new residents in South Salt Lake, Millcreek and Murray.

The flurry of development is creating new urban nodes in all three towns, including new office, retail and multi-family residential spaces.

Murray moved a decade ago to create its Fireclay District, which it billed as a walkable, urban neighborhood west of State Street. The district includes a UTA station and quickly attracted developers who could build infill apartments in the area.

Millcreek’s slim portion in the area west of State Street is also attracting infill, with multi-family housing and new commercial space being built.

South Salt Lake continues to wrestle with its desire to pump up its sales tax base (at times with sprawling developments like Winco and car dealerships) and its master planing for a walkable and attractive Downtown. But it too is attracting interest and some new density.

In all, we counted about 2,300 new units within the decade, many of which are still in development, from 2100 South in Salt Lake City to 4500 South in Murray where Main Street veers east to join US-89 (State Street).

Phase one will include seven acres of residential, retail and commercial, starting with a 150,000 square foot building.

This gated townhome community includes 218 two- and three-bedroom rental units on its 19.28 acres at 2852 S. West Temple (although it had been entitled to build over 1,000 units).

The Hub includes 156 residential units, 110 that are income restricted and 16 that are part of the NextWork Autism Transition Academy. Residential units are part of a 200,000 square foot building that opened this spring around 3900 S. West Temple, a joint development venture with UTA.

The popular climbing gym built a new, 50,000 square foot facility at 4140 S. Main St. in Millcreek, which disrupted a bike lane for on-street parking to supplement copious off-street parking at the facility.

At 73 units per acre, Birkhill on Main adds 311 dwelling units on 6.2 acres and comes with 238 parking spaces with the five-story building just south of 4500 South. The building includes affordable and market-rate rental units.

340 units in a six-story building that helps form the bulk of this new urban town center. One-bedroom, one-bathroom units start around $1,019 a month.

93 total units, with 65 of them held affordable and 29 market-rate.

For-sale townhomes in the Fireclay District.

176 units at the early stages of development.

95 units of townhomes just north of the the S-Line streetcar and multi-use path.