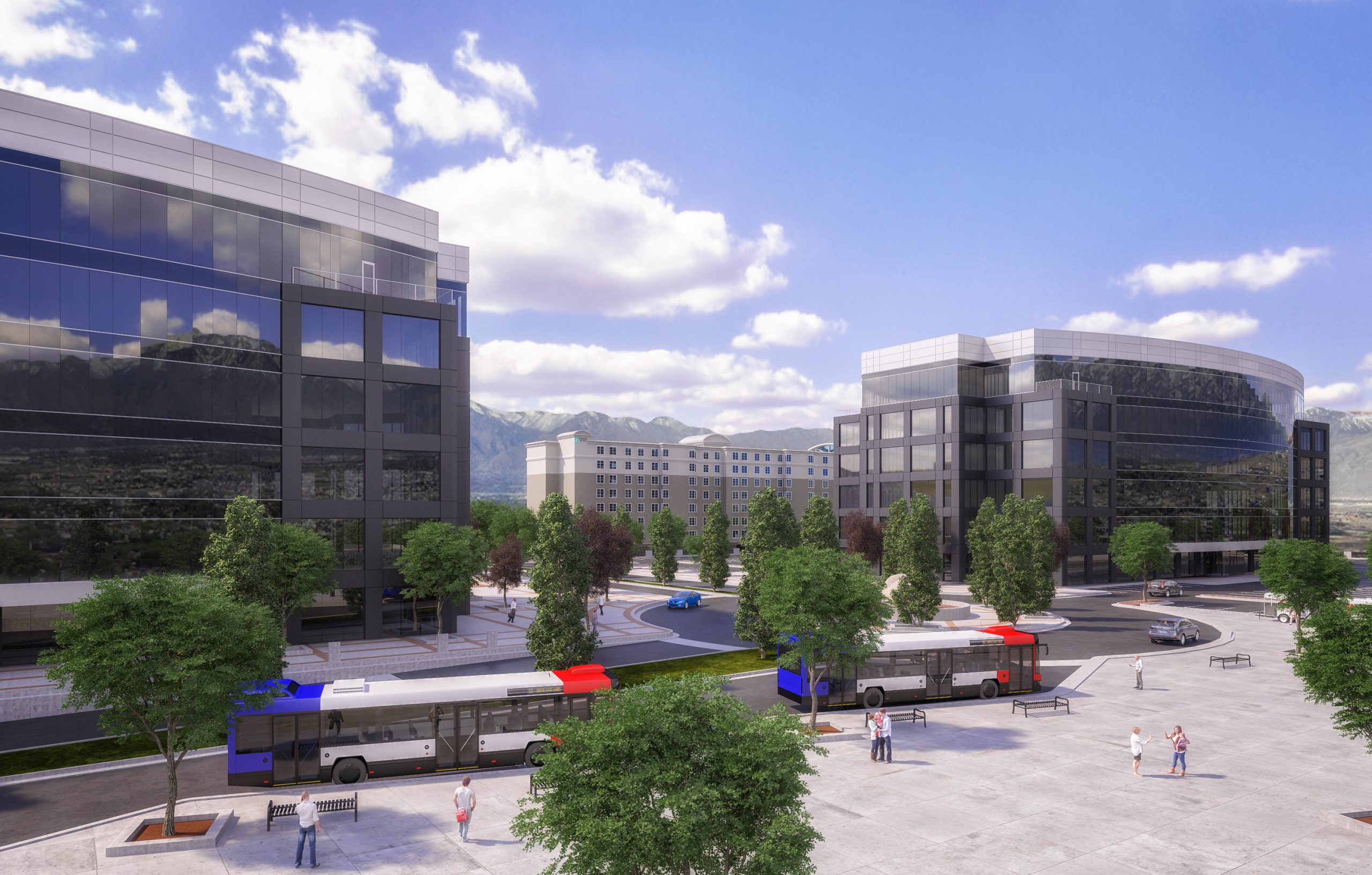 Perennially starved of tax revenue by the Utah Legislature, Utah Transit Authority (UTA) has had few options to generate income beyond the fare box.

UTA’s somewhat-new TOD program is trying to change that. Approved by the Legislature, the strategy is to reap an investment return on rail lines the agency has built.

Since 2014, UTA has been transforming leftover land acquired during station and line construction into revenue-generating equity investments.

These are “joint development ventures” with private developers, and have the blessing of local municipalities.

UTA’s TOD program seems to be paving a new path in Utah for all-important “value capture” – where the entities that pay for transportation investments are able to recoup taxpayer’s funds by enjoying collection of some of new revenue created by the investment.

Historically, UTA and municipalities have had too few tools and not enough will or creativity to recover public investment. Current funding realities, however, seem to demand it.

The program launched in 2014, with a target of partnering with five cities to draw up station area plans and attract development partners to the sites. In 2020 (SB150) the Legislature lifted the five-site cap on the number of TODs that the agency could engage in. It has since seen robust interest from cities and developers, and has another five sites in the works.

By contributing land that it has already acquired in the process of building its rail lines, UTA is able to claim significant equity ownership in its typical joint development. When those buildings are fully leased with office, retail, and apartment tenants, promising cash flow returns to the agency.

Of the 4 projects that UTA has built, three of them have generated $24 million in three years of operation (2017-19). That kind of return is due to the worth of UTA’s equity investment and negotiated terms with its private development partner.

So far, UTA’s joint development parking ratios range from .5 to 1.5 per unit. Office parking ratios are equally as conventional, at 2.5 to 4.5 stalls per 1,000 sf.  In the case of the South Jordan FrontRunner station development, those stalls are shared with the hotel, which is essentially parked at 0, notes Drake.

At the TRAX Meadowbrook Station at 3900 S., the “Hub of Opportunity” project has over 50% of its units targeted as affordable, and is designed to accommodate residents with disabilities. The project’s ground floor will house a training facility for students with autism, UTA’s Drake told us.

“No new rail”… unless you lead the dance?

Still carrying over $2 billion in debt to service from its 2010-15 “Front Lines” expansion project (70 miles of light- and commuter rail), a current mantra within the agency is “we don’t have money for capital projects.”

That’s true in part because In the past, UTA and Utah municipalities who have contributed to transit construction have done a poor job of value capture. Missed opportunities like the S-Line streetcar, and TRAX in south Downtown, along 400 South and North Temple come to mind.

Bumps in property tax revenue for new growth, or rising sales tax figures are appreciated. But they do little to help funders recoup their investment, and shouldn’t be counted as value capture.

Yet real value capture may become possible in Utah with two new tools: 1) UTA’s strategy of property contribution and equity ownership in joint development projects and 2) Transportation Investment Zones (TRZ), enabled by the Legislature in 2018 (SB136) and refined in 2019 (SB72).

A Transportation Reinvestment Zone is a new type of tax-increment financing tool available to transportation agencies and local taxing entities looking to get serious about value capture. According to sources, Salt Lake City, Clearfield, and American Fork are currently considering TRZ options. UDOT is also said to be eying opportunities.

TRZs may offer municipalities like Salt Lake City, which has streetcar expansion in its master plans, a way to become a significant financing partner with UTA in rail investments.

While the transit agency makes it clear it will not initiate any new rail construction, UTA says it welcomes partnerships like the S-Line streetcar project, where Salt Lake City took a leading role.

The value of transportation infrastructure for real estate investment is inestimable. A recent example from our auto-dominated era: suburban development was conditioned on roads being built across vast expanses of open land.

When critics complain that “the suburbs are subsidized by the state,” they’re pointing out that DOTs have failed to capture the value created when expanding roads and highways out from city centers. America was prosperous enough, apparently, to let DOTs pay for roads and reap only peripheral tax benefits, like increased gas tax revenue.

With state DOTs interested only in roads, transit builders have had to look elsewhere for investment funds. Successful value capture projects have combined bonding backed by various site-specific property taxes + fees along with federal grants.

Value capture for transit: what works in other places?

According to a major study by the National Academy of Sciences’ Transportation Cooperative Research Program (2016), only one US transit expansion program has successfully engaged value capture to pay for costs – the Portland Streetcar.

Portland’s downtown streetcar has been built in five phases, currently covering 7.35 miles at a cost of $251 million. It is heralded as an exemplar of urban rail that has met both transportation mobility and real estate development goals.

New York City’s Bronx-Queens Connector (BQX) proposes to use similar mechanisms to pay for its investment, a 16-mile, $2.7 billion project set to begin construction in 2024.

Out of the projected $2.7 billion in capital costs, NYC expects to capture $1.3-4 billion in property tax increment along the line. That direct cost recovery is projected to be part of a gross economic impact of $30 billion over the next 40 years.

The Portland Streetcar claims to have contributed to the creation of $8.4 billion in property value in the 20 years between 1998 and 2017. Nearly half of all the city’s housing units in that period were created within a quarter mile of the line.

Hong Kong, Tokyo, and Singapore are also cited in the TCRP study as successfully capturing significant value in transit investments. Close integration of property and transit development – and operations – is key. There, revenue from property leasing and management is a major funder of transit operations.

UTA’s Paul Drake is convinced that “we have the potential to generate significantly more revenue for operations through TOD investments.”

The obstacle, he observes, is that the agency is working only with land it has already purchased. “It’s a finite resource, and we’re going to run out if we don’t reinvest in new property.”

Will the possibility for cities and UTA to capture value through joint development and TRZs inspire them to take the next dance together? In places where upzoning is viable, it might be hard to turn down the increase in property tax revenue – especially if captured and leveraged for future transit-oriented development.

Editor’s note: The photo caption of the aerial photo of Irving, TX, has been corrected. Las Colinas, a new-urban center in Irving, is outside the photo.