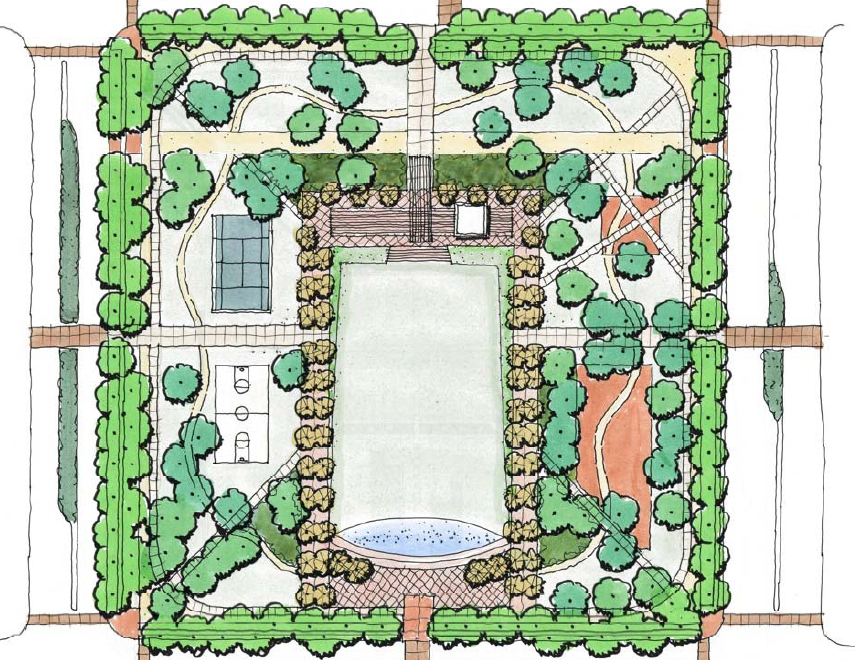 The City will put the results from the charrette and several community open houses on Open City Hall, the City’s online citizen engagement platform, to gather more public feedback before a final design is selected by the City.

The charrette was led by the Pioneer Park Urban Design Assistance Team, a collaboration with the Pioneer Park Coalition, a non-profit that includes over 250 stakeholders, and the City’s Parks and Public Land Program.  The team leader was architect and former city council member, Soren Simonsen and a core team of volunteers that included: designers, architects, landscape architects, planners and other technical specialists.

The design team worked under the following guidelines: activate space and meet the community needs without while maintaining current green space, use the 2006 Pioneer Park Master Plan as a starting point, design updates should incorporate public feedback and the park should serve as a neighborhood park and event space for the City.

All four potential park designs include: a large lawn, with a focus on a central open space for events like the Twilight Concerts, the relocation of the bathrooms and retention of the perimeter pathway for the Farmers Market.

The proposed design schemes were created to accommodate the diverse users of the park, including current programs, like the Farmers Market and Twilight Concert series, and potential new programs like an expanded community of food trucks, cafes, splash pads, fitness areas and community gardens.

Tell us which design you prefer in the comments section.