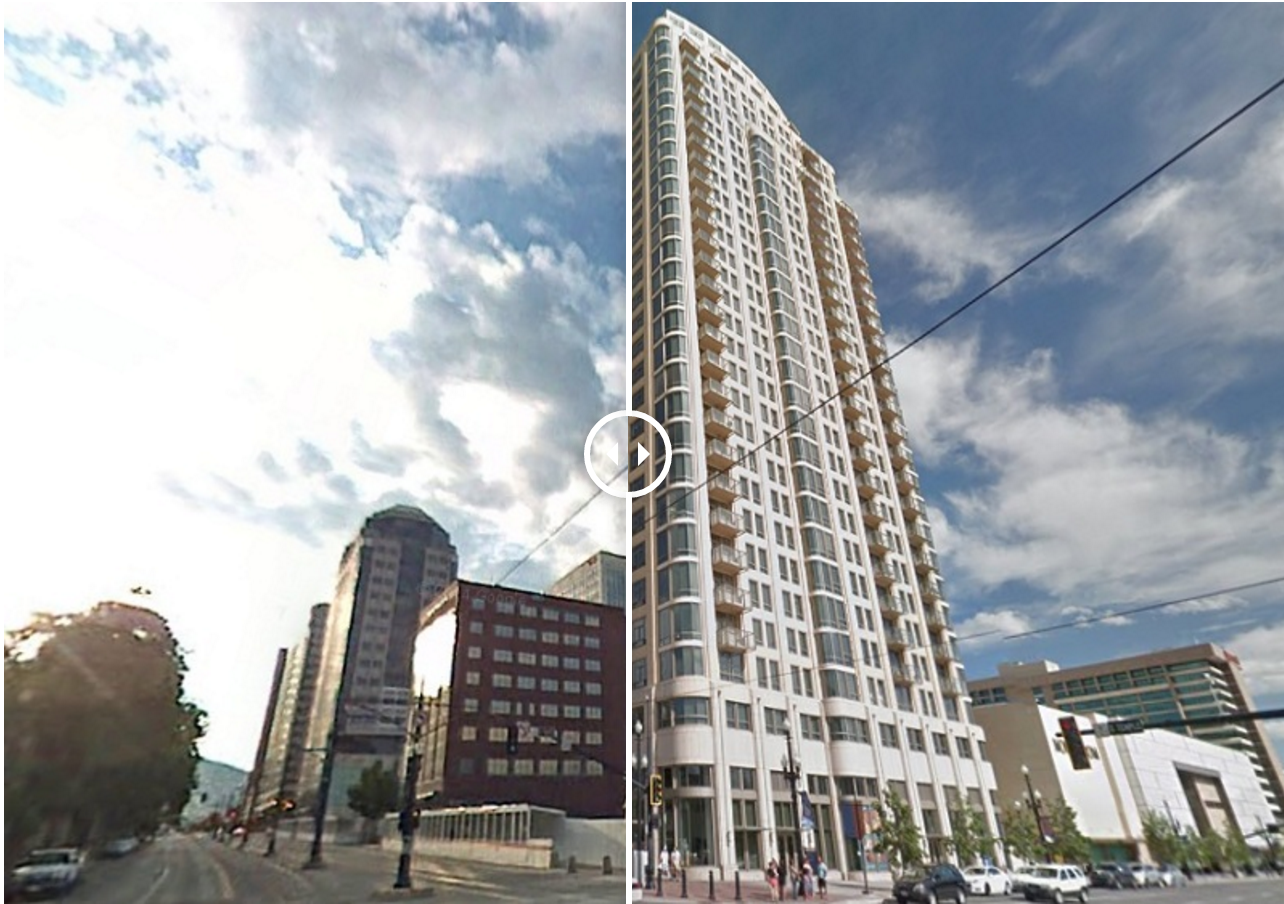 Salt Lake City has changed a lot since 2007.  Nine years ago, expectations were high that the city was about to enter into a new era of growth: City Creek had been announced and project proposals began popping up all over the city especially in the Marmalade and Sugar House neighborhoods.

But in 2008, the Great Recession hit, killing many proposed projects and delaying others as financing became scarce.

The team at RENTCafé used Google Street View to look at just how much Salt Lake has changed since before the recession.  RENTCafé looked at projects completed between 2009 and 2014, essentially the first wave of the post recession construction boom.  Most of these projects replaced vacant, underutilized and surface parking lots.

To view the before and after photos, drag the arrow bar to either side.