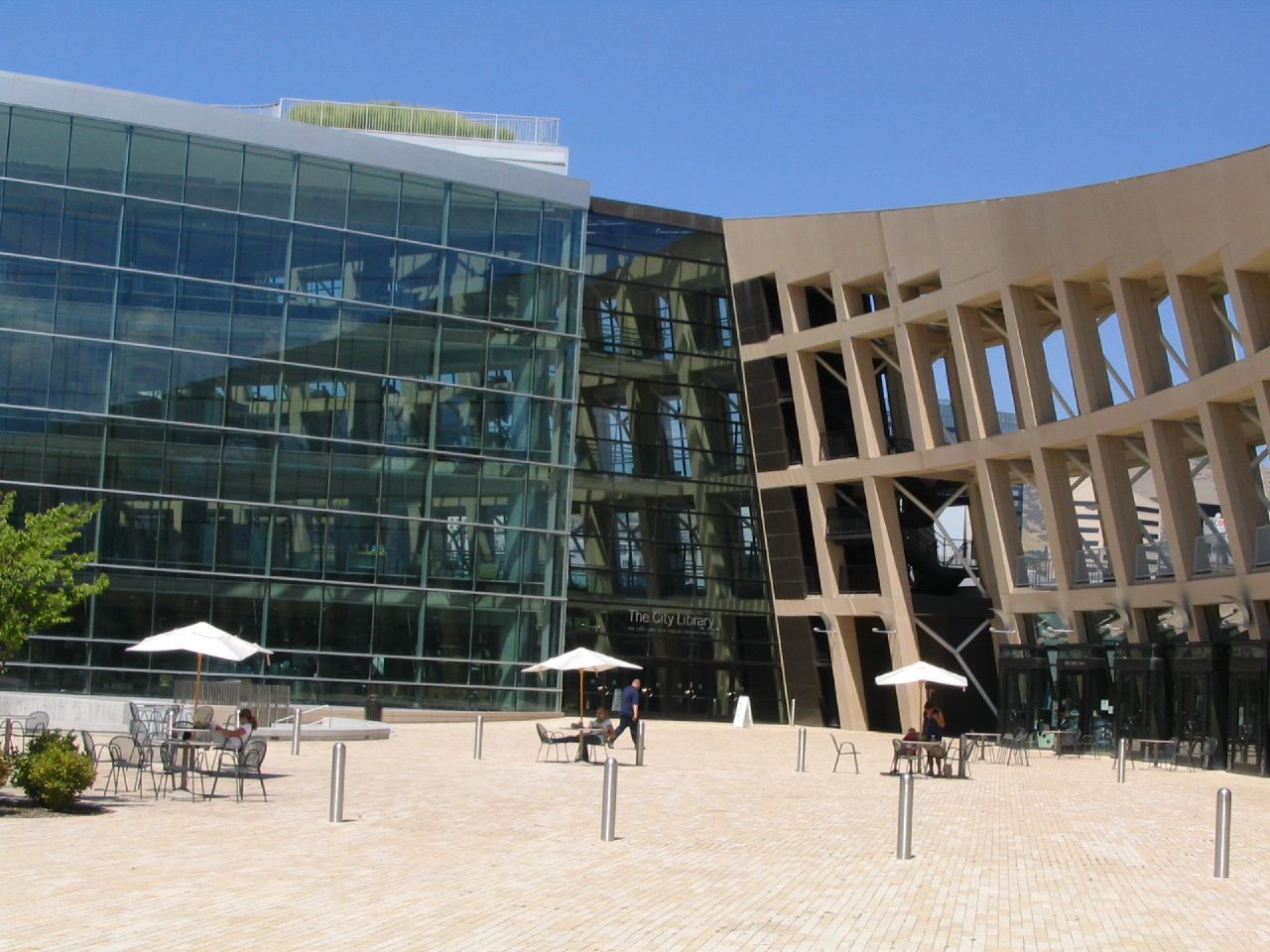 It’s been 15 years since Salt Lake City unveiled its iconic new library the Square that would house it.   But as with anything that ages, interest in the library and the surrounding square has waned as quality of life issues and newer city attractions like City Creek, pull visitors to other parts of the city.

“The library (square) is an amazing space with amazing architecture and adaptable open space,” said Juanita Hardy, a Senior Visiting Fellow for Creative Placemaking with the Urban Land Institute (ULI).

The TAP was hosted by the Urban Land Institute Utah Chapter, the Downtown Alliance and Mayor Jackie Biskupski’s office.

The central takeaway from the panel was that the Civic Campus needs to again become a top city destination that is more people focused, with a unified campus.  The Civic Campus encompasses Library Square, Washington Square (the home of the Salt Lake City and County Building) and the Public Safety Complex and its adjacent plaza space.

In addition to Hardy, the panel included Craig Vickers, a landscape architect with Colorado-based firm Civitas, and Phil Jordan, the cultural planning and projects director for Salt Lake County.

On Wednesday, panelists met with art organizations, city officials, representatives from the larger festivals that use the campus and local residents to gather feedback on concerns and suggestions for improving the three blocks that make up the Civic Campus.

“We need to make this area more cohesive and as user-friendly as possible,” said Jordan.  “We think of this as the cultural hub of the city.”

To make the campus more cohesive, the panelists suggested opening up the former library building that houses the Leonardo into the square while incorporating the Utah Museum of Contemporary Art (UMOCA) and the Utah Film Center into the campus core.  The panelists argued that the Leonardo doesn’t require the entire building it currently uses and there is room to include other organizations within the same structure while opening up the building at the ground level to better engage visitors to Library Square.

The panel also recommended permanent performance space on the square that could replace the need for festival organizers to construct temporary stages during events.

According to the panel, new branding will be needed to remind people that the civic campus is one entity.  Physicals barriers like 200 East and 300 East will also need be reviewed and possibly redesigned in a way that creates a visual connection between the blocks.  Panelists suggested narrowing 200 East and adding a landscaped median and trees along the east side of the street that can make it more inviting to pedestrians.  Several participants in the feedback gathering period suggested redesigning 200 and 300 East to be both visually public space and a needed throughway similarly to the recently redesigned, Regent Street in downtown Salt Lake.

Other recommendations from the panel included increasing shade on Library Square, adding more active year around uses, improve programming on the square with a designated entity to manage new programming, adding more mid-block connections to the campus and creating a new mid-block connection to the TRAX station.   The panelists also suggested encouraging more residential and commercial density on the blocks surrounding the campus and making 400 and 500 South more complete streets by making them friendlier to bicycle and foot traffic.

The team emphasized that the TAP is just the initial stage in any changes to Library Square and the Civic Campus and the panel’s suggestions are just a launching point for future conversations or policy decisions.   The panel’s recommendations will be prepared in a final report that will be available in the coming weeks.

*Disclaimer: The author of this post assisted in the TAP event and will author the final report.