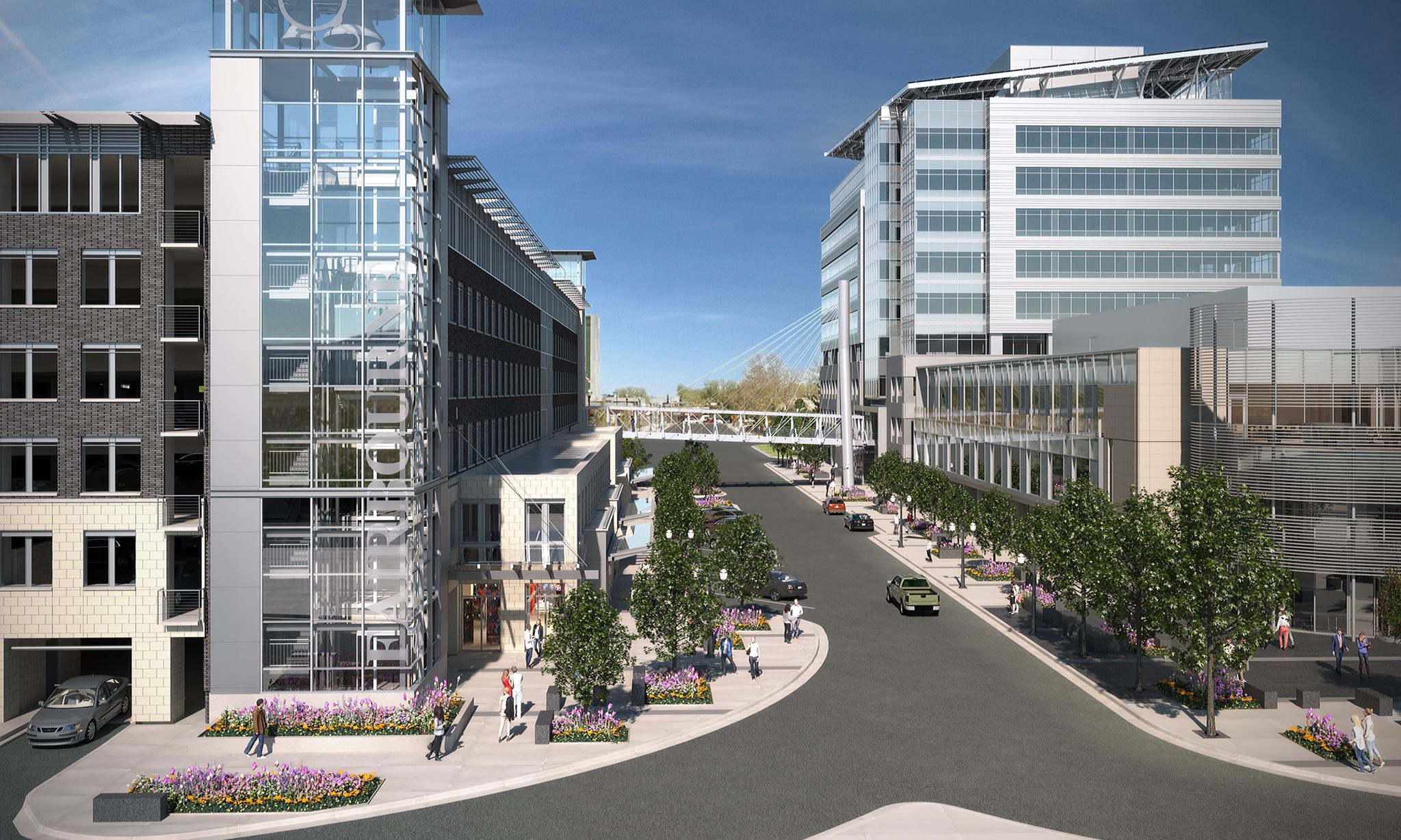 The 40-acre project area, which includes several blocks south of 3500 South and west of Constitution Boulevard, has since become the Fairbourne Station and includes an updated suburban mall, a large public plaza, TRAX and BRT (Bus Rapid Transit) lines, an eight-story hotel and large four-story multifamily building.  But it will soon add a large commercial development also dubbed Fairbourne Station.

Last week officials broke ground on the project that will include a nine-story office building, new three-story police station and a six-story parking structure. The buildings will occupy the area directly east of the Embassy Suites Hotel and north and west of the West Valley Central TRAX Station and the city’s current police headquarters respectively.  A pedestrian bridge will connect the office building to the parking structure.

The office building’s roof will feature solar panels that will provide 20 percent of the building’s energy.  The three-building campus is being developed by EDA Architects and Wasatch Property Development.

The city could reach its residential goal within the next few years.  ICO Development, the developers of the 225-unit, The Residences at Fairbourne Station will soon start construction on the project’s second phase that will include a similar number of residential units.

The Housing Authority of the County of Salt Lake (HACSL) is partnering with the city’s redevelopment agency to redevelop HACSL’s Valley Fair Village Senior Housing, a 100-unit, low-income senior housing development that currently consists of single-level duplexes directly west of the Fairbourne Station Promenade.  HACSL plans to replace the homes with eight new construction buildings with a combined 267 units.

The Fairbourne Station will also add more office space in the next few years with a proposed Granger Medical Clinic building.  The 90,000-square-foot building would be four stories and would offer a range of medical services and office space for providers.

Fairbourne Station is one the several suburban downtowns planned around the city’s civic center.  Cities like South Jordan and Sandy have allowed for higher density development in their city centers.  But unlike Sandy and South Jordan, West Valley’s Fairbourne Station is well-connected to transit with two high-frequency fixed routes within the project area, the Green TRAX Line and the MAX BRT line that runs on 3500 South.

The developers plan to start construction next month and begin leasing the commercial space fall 2019.