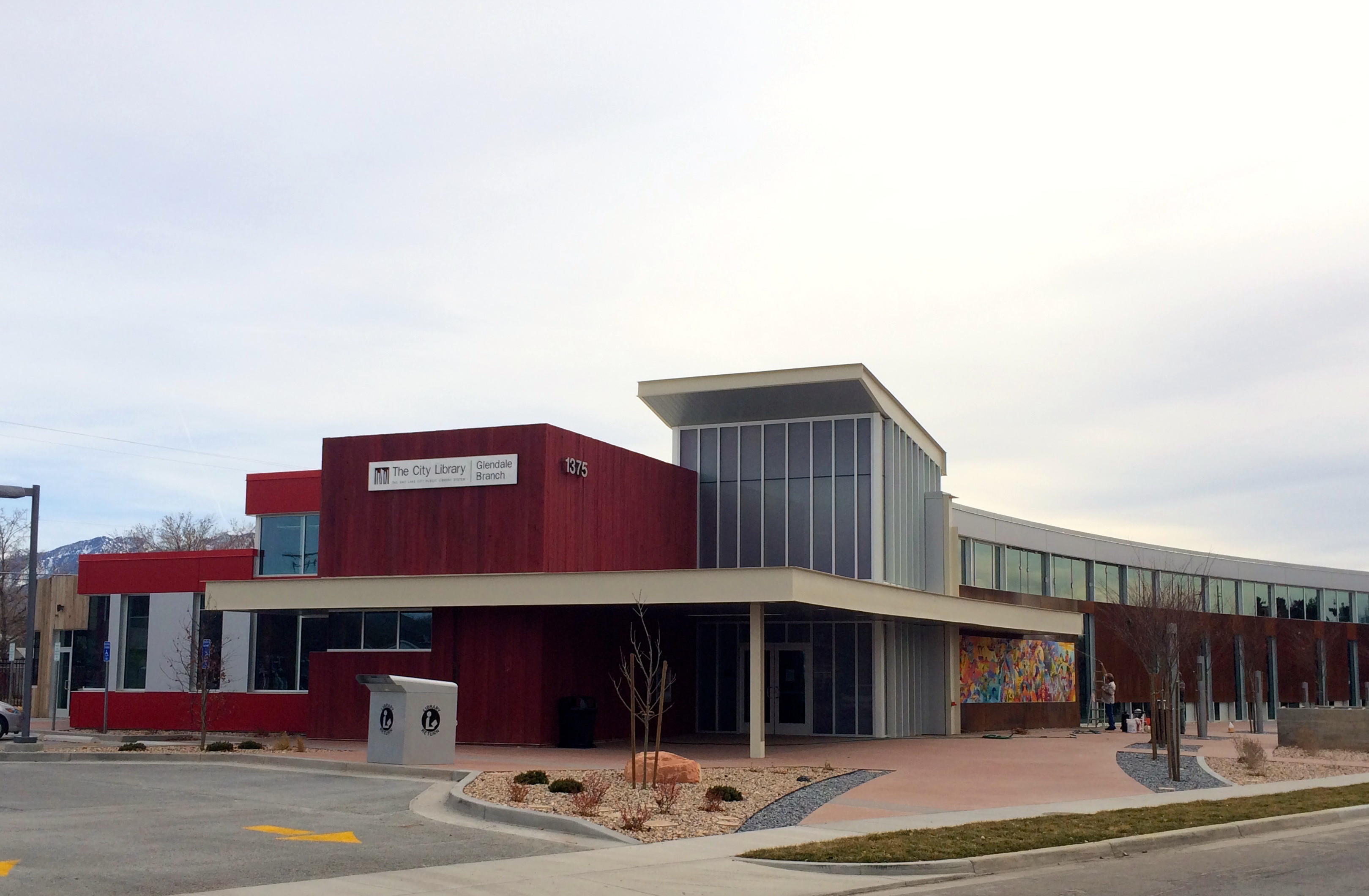 The Glendale branch of the Salt Lake City library system will officially open this Saturday at a 10 a.m. ribbon-cutting ceremony.  The new branch is the largest of the City Library branches at 20,000 square feet and is LEED Certified Gold, the second highest level available.

The new Glendale Branch, at 1375 South Concord Street, will serve a community that is both younger and more diverse than the city as a whole.  According to 2010 U.S. census data, the median age in the neighborhood is 27, four years less than the the city median of 31.   Forty-nine percent of Glendale residents identify as non-white compared to 25 percent of residents citywide.

Households are significantly larger in Glendale and incomes are lower than citywide averages.  The average household size in Glendale is 3.6, while Salt Lake City’s average size is 2.4.   The median income in Glendale is nearly $20,000 less than the citywide median.

Libraries are no longer just a place to check out a book.  For many communities, public libraries are a vital community resource that provide educational opportunities and social services.  In low-income communities the local library can also be an economic and social equalizer through providing free internet access.

According to 2010 study by the Institute of Museum and Library Services, “Over the past year, 45 percent of the 169 million visitors to public libraries connected to the Internet using a library computer or wireless network during their visit.”

In Salt Lake City, libraries are seen as a catalyst for economic development.  Besides the Glendale Branch, the city is building a branch in the Marmalade neighborhood that will serve as the anchor to a large public-private, mixed-used development led by the Redevelopment Agency of Salt Lake City.

The Glendale Branch will include public meeting space, a public computer lab as well as a teen specific lab.  The library will be open Monday through Thursday from 10 a.m. to 9 p.m, 10 a.m. to 6 p.m Friday and Saturday and from 10 a.m. to 5 p.m. on Sunday.