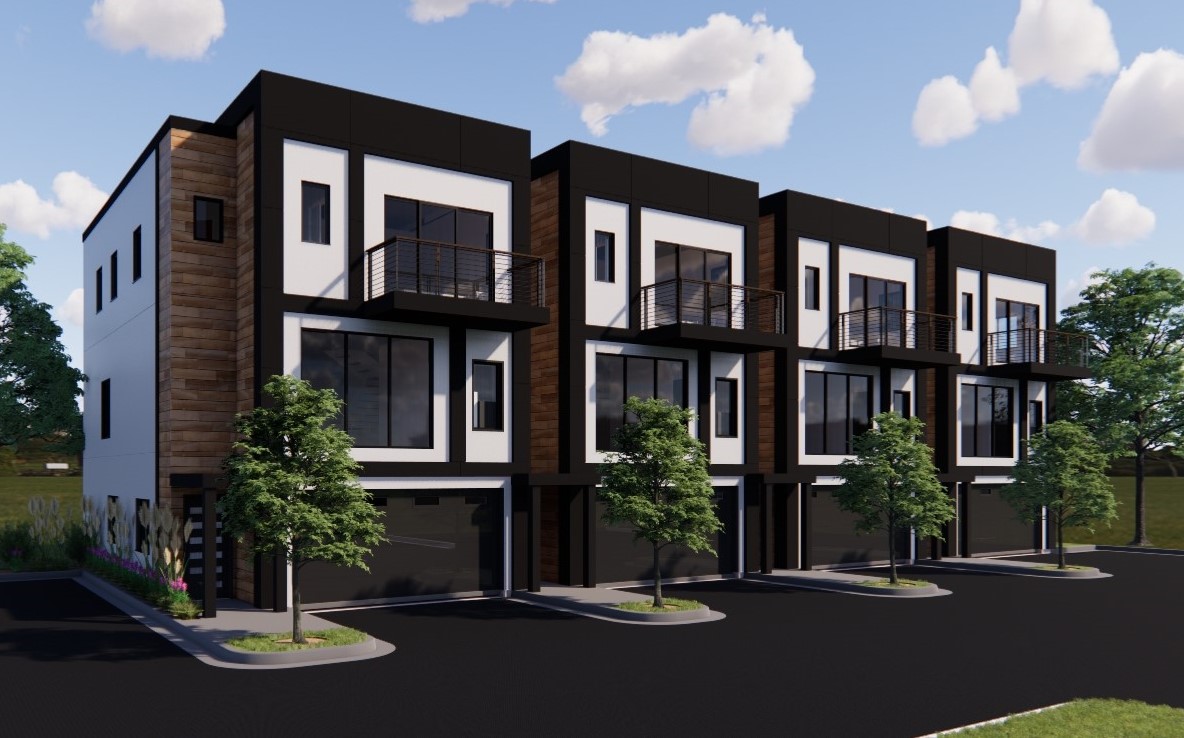 A tricky piece of land near the core of the 9th & 9th business improvement district would become home to four large attached homes under the latest proposal for the site.

Developers initially wanted to fit 12 townhomes — each of them net-zero — onto a piece of land that’s only accessible through an easement on a private through-way off 900 South.

That project is apparently dead, and the newest version would still add slight density onto the property if the new owner can navigate the required city approvals to add more housing to the neighborhood.

Builders want to add four, four-bedroom units onto the third-acre parcel at 839 S. Mendon Ct. Each unit would be just shy of 2,500 square feet. The buildings would be three stories apiece, including two-car parking on the ground floor.

The plan calls for another three detached garages and two surface parking stalls on the south end of the property between 800 South and 900 South, 700 East and 800 East.

The project is attributed to Michael Colligan who is the corporate contracts manager of Layton Construction.

The difficulty comes from accessing the property, which now is home to concrete and vegetation. Mendon Court is a private street running north-south off 900 South.

There may be plans to demolish a home to create a second access off Lake Street, a narrow, dead-end public street also off 900 South.

The planned development documents filed with the city on Wednesday don’t mention another parcel registered to Colligan on Lake Street. That parcel has a small single-family home, and it’s not clear whether the home would be demolished to give access to the new townhomes from the west.

“The front facade will also be the focus of those traveling along Mendon Court and those coming from the east property from Lake Street,” the documents state. “This provides adequate sight lines to the streets and driveways of the proposed building.”