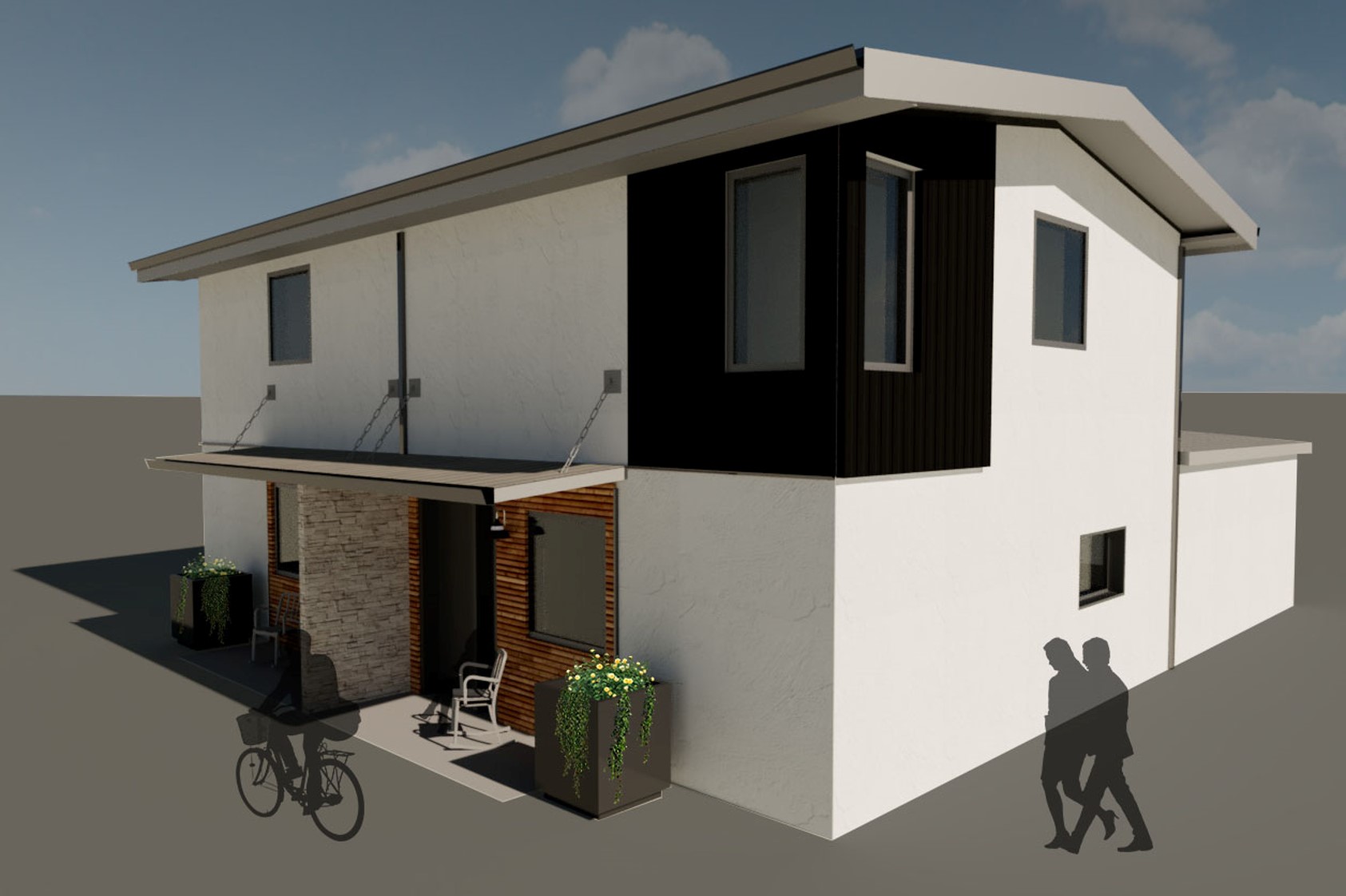 The developers who specialize in building net-zero communities that also encourage walkability are eyeing their next project on a small lot near the entryway to Salt Lake’s 9th & 9th neighborhood.

The Living Zenith at Lake Street would site 12 townhomes on a small lot at the end of a dead-end street off 900 South just east of 700 East. It would be the latest example by Redfish Builders of creating efficient, urban housing on small lots in the city.

Net-zero means homes that produce at least as much energy as they consume through ultra-efficient design and fixtures. Solar panels generate electricity and batteries store excess for use if it’s needed later.

This would be the third project developed in Salt Lake City by Redfish Builders, and the second in the neighborhood. (Redfish also developed the Arlington, or Creek View, brownstone homes near 1000 East 800 South).

The latest development would include more units on a smaller parcel, presenting new challenges. Challenges include fitting 12 townhomes on 0.12 acres at the end of a narrow street.

The for-sale units would be 700 square feet, one-bed, one-bathroom and start in the $400s, according to Redfish. The two-story units would include their own on-site parking.

If approved and built, Redfish would have created more space for residents to move into one of the most popular neighborhoods in the city. 9th & 9th is also going through growing pains, shown through fights over parking and density.

Living Zenith at Lake Street would be a nine-minute walk from a Smith’s, a five-minute walk to drinks, dinner, shopping and Liberty Park.

Redfish is working on the project as a collaboration with Weber State University and the U.S. Department of Energy Solar Decathlon.