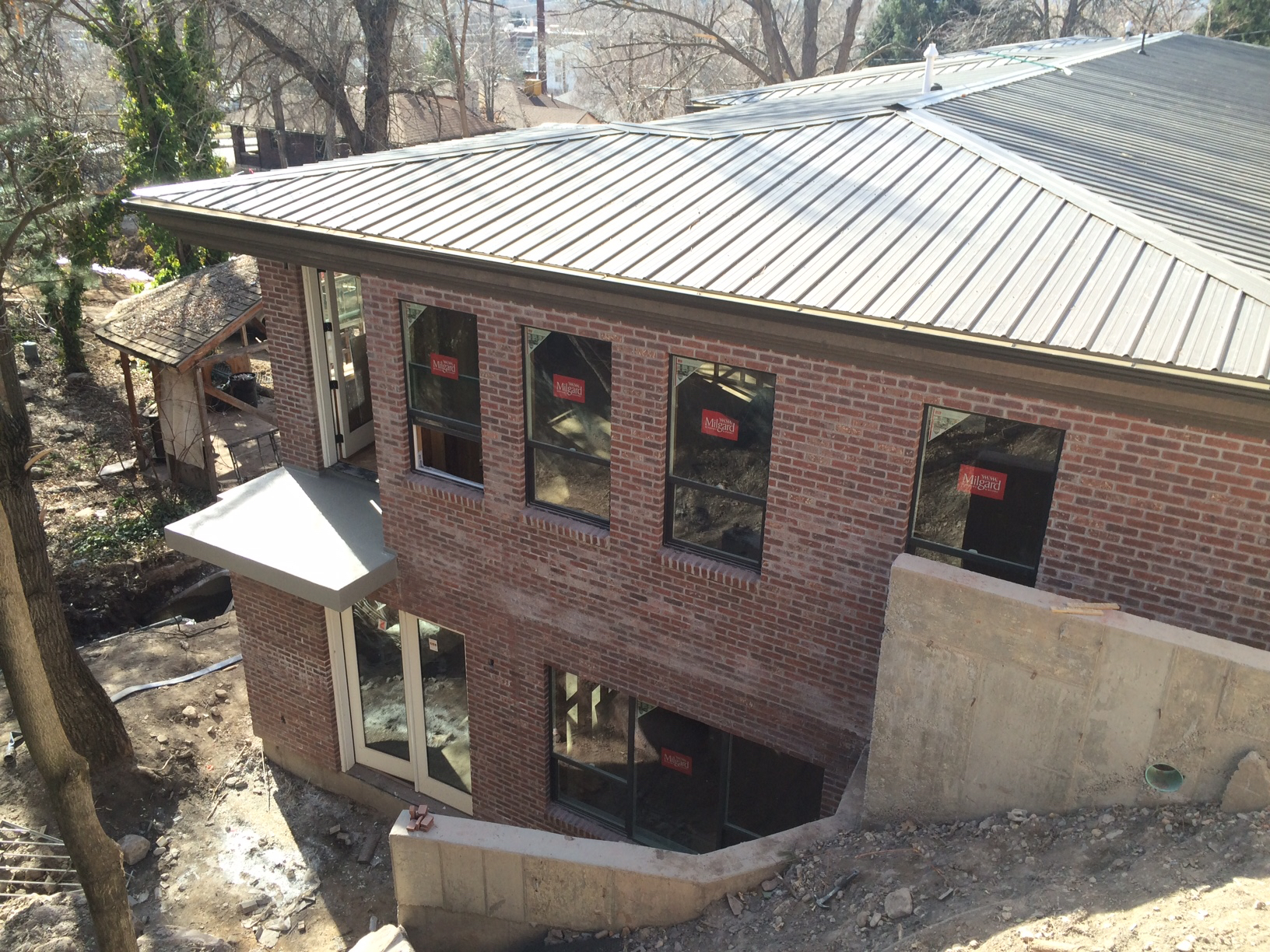 A formerly vacant lot in the East Central neighborhood is finding new life as construction is underway on the Arlington Park development, six townhomes on 800 South near 1100 East.  The townhomes will be two-stories tall with 3 bedrooms, two and one half baths and a car garage.

The townhomes will be accessed from 800 South and will be owner-occupied units.  The project consists of three two-family buildings.  The first of three buildings is nearly completed while framing should soon be  underway for the remaining two buildings.

The Salt Lake City Planning Commission approved a reduction in the rear yard setback last year.  The reduced setback from 25 feet to 10 feet allows for the project to provide the needed off-street parking on the lot’s limited size.

The developers plan to preserve most of the site’s current landscape and vegetation which includes large trees on the lot’s periphery.  A ditch that runs along the north side of the lot will be incorporated into the landscape design.  Developers have promised to replant any trees that must be removed during construction.

The townhomes will front a private residential street accessed from 800 South.  While new townhomes provide the opportunity to build up to the property line with better street engagement than the typical single family home, the lot’s shape makes it difficult to have six townhomes fronting 800 South.  The lot is narrowest along 800 South.

The project benefits from its proximity to multiple schools and other amenities.  The project is two blocks from the 9th and 9th business district and a block from Smith’s Food and Drug,  Judge Memorial Catholic High School and Rowland Hall-St. Mark’s School.  A private school, The McGillis School, and East High School are less than two blocks away.

There is increased demand for higher density housing in and around the 9th and 9th business district, but parking and quality of life concerns from nearby residents give developers the burden of proof if they want to develop in the neighborhood.

Last week, the planning commission denied variances to a proposed three-story mixed used project in the 9th and 9th business district.  Dozens of residents attended the meeting expressing concerns that the project was too large for the neighborhood.