Despite the wintry look in the images, the generally mild winter has been a boon to construction throughout the Wasatch Front and significant progress has been made on three missing middle projects in the Marmalade neighborhood.

The three projects will add a combined 59 for sale units that range from relatively affordable to luxury townhomes.  Additionally, they are all on track for completion this year.

The Marmalade Courtyards project will be the most affordable of the three developments and will consist of 30 housing units with 23 new construction townhomes and seven condo units.  The townhomes are almost entirely framed out and are located along a private drive between 800 North and Reed Avenue.  Construction hasn’t started yet on the seven condos but the units will replace two existing former retail buildings on the corner of 800 North and 300 West.  The new townhouses are in six buildings, the three on the west side are nearing completion and the three on the east side are well underway.  Prices will start at $349,900.

The Grove at Marmalade:

The Grove at Marmalade project consists of 12 for-sale townhomes on the north side of the 200 west block of 500 North.   The project is part of the Salt Lake City Redevelopment Agency’s Marmalade Block development which also includes the completed Marmalade Branch Library to the south and Clearwater Homes’ future mixed-use apartment development that is expected to begin construction in 2018. 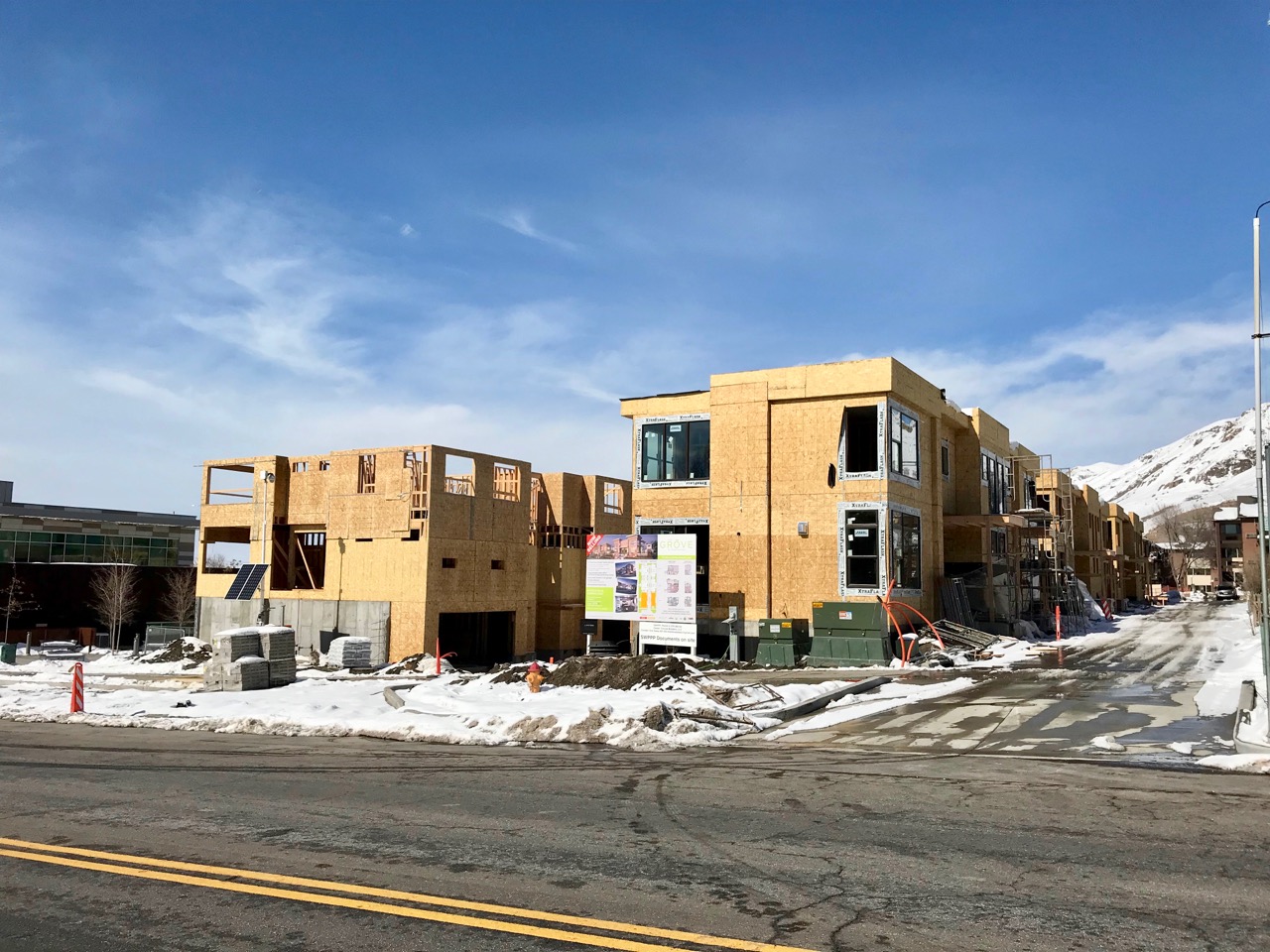 The Grove at Marmalade townhomes as seen looking north across 500 North.  Photo by Mike Fife.