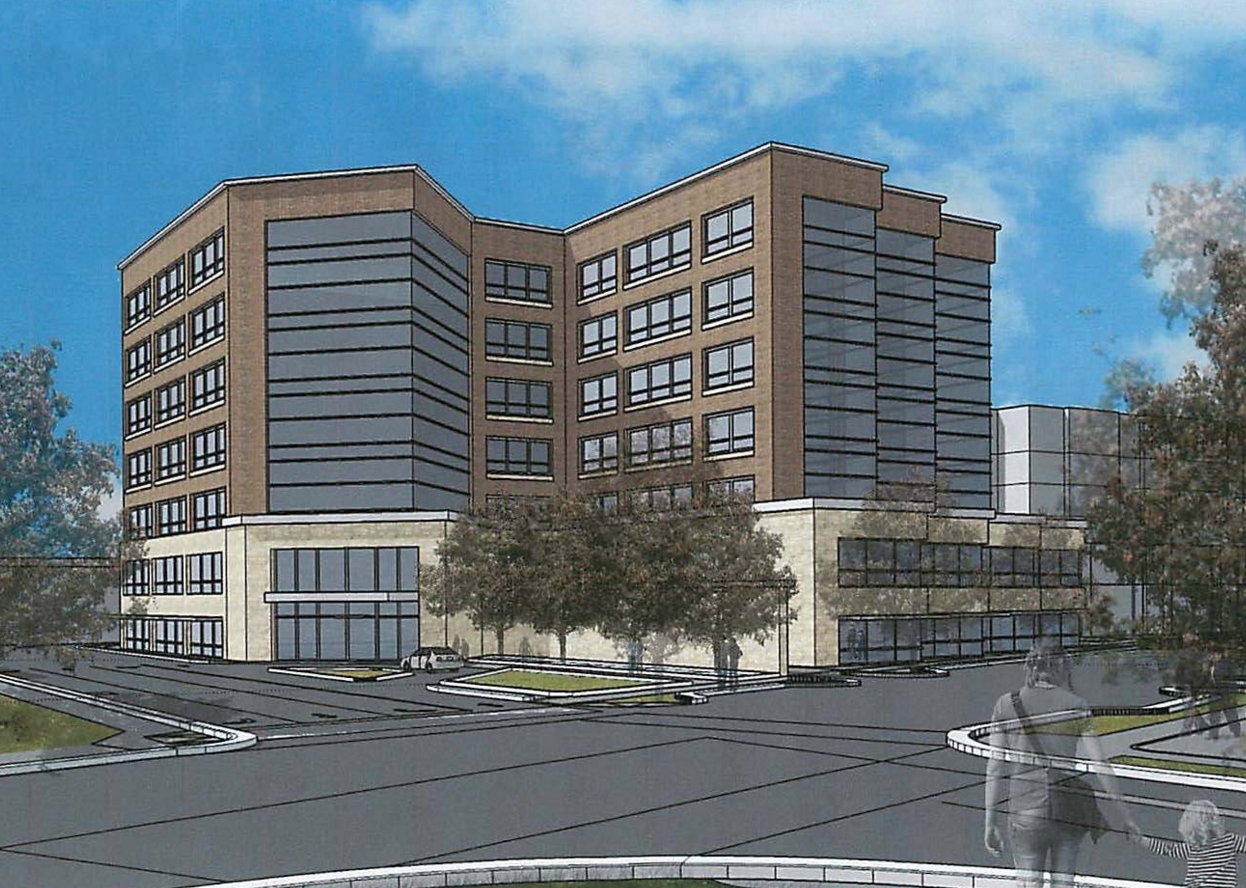 Downtown Sugar House is continuing its evolution.  Craig Mecham Management, the developer of the Vue at Sugar House Crossing, the large mixed use development that opened early last year at the intersection of 2100 South and Highland Drive, wants to build a large commercial building directly south of the Vue.

The developer presented his preliminary plans to the Sugar House Community Council during its monthly Land Use & Zoning Committee on Monday.  Mecham opened his presentation with a brief history of Sugar House emphasizing his “roots” in the neighborhood.

“I have a very vested interest in Sugar House,” said Mecham.  “We want to put here something that you’d be very proud of, that would enhance Sugar House.”

The still-unnamed project will occupy the space between Mecham’s Sugar House Crossing development to the north and Zion’s Bank to the south, replacing the historic Leisure Living and Dixon buildings.  The Leisure Living building was demolished in January.

Mecham told the crowd that his company has received multiple inquiries from companies looking to relocate to Sugar House, encouraging him to consider a commercial project.  The project as currently proposed includes a 150,000 square-foot, seven story building with mix of commercial space and a clinic run by the University of Utah occupying the ground floor.   The project would also have a 450-stall underground parking structure.

The developer requested input from the residents in attendance on the project’s pedestrian flow and the project’s potential impact on the area’s parking needs.

The current proposals would extend Wilmington Avenue further west where it would then turn at a s-curve to connect with McClelland Street.  Current designs by FFKR Architects include front and rear public space and a large pedestrian plaza that would replace the driveway directly south of the Vue at Sugar House Crossing.

Residents expressed concerns over parking.  Mecham assured the crowd that while, the project’s added parking stalls would be reserved for tenants and their customers during the day, the parking could be made available to the public at night.

The project is the second proposed development on the block this year.  Boulder Ventures plans to build the Sugarmont Apartments, a nine story mixed-used development directly southwest of the Mecham project.

According to Judi Short, second vice chair for the Sugar House Community Council, the project area is in the Sugar House Commercial Business District zone one that allows for heights up to 105 feet. Projects with heights over 50 feet and 20,000 square feet need to go through the Conditional Building and Site Design Review (CBSDR).

Projects over 30 feet are required to have one floor of residential for each commercial, but according to Short those residential units can be built offsite to an adjacent parcel within the same zone.  Therefore, because the Vue at Sugar House Crossing is almost entirely residential, Mecham’s second project can be a strictly commercial project as long as it has the same amount of floors as the Vue.

Developers received a demolition permit in January for the Leisure Living building located at 2174 S. Highland Drive.  According to the Short the demolition was needed before construction could begin on Mecham’s project and the Sugarmont Apartments so that workers could move the Salt Lake and Jordan Canal that runs under both sites.  The developers had to have the canal moved by March so that is could be operational in the spring.

As with the Sugarmont Apartments, the Mecham project will still need to go before the Salt Lake City Planning Commission for approval through the CBSDR, before construction can commence.