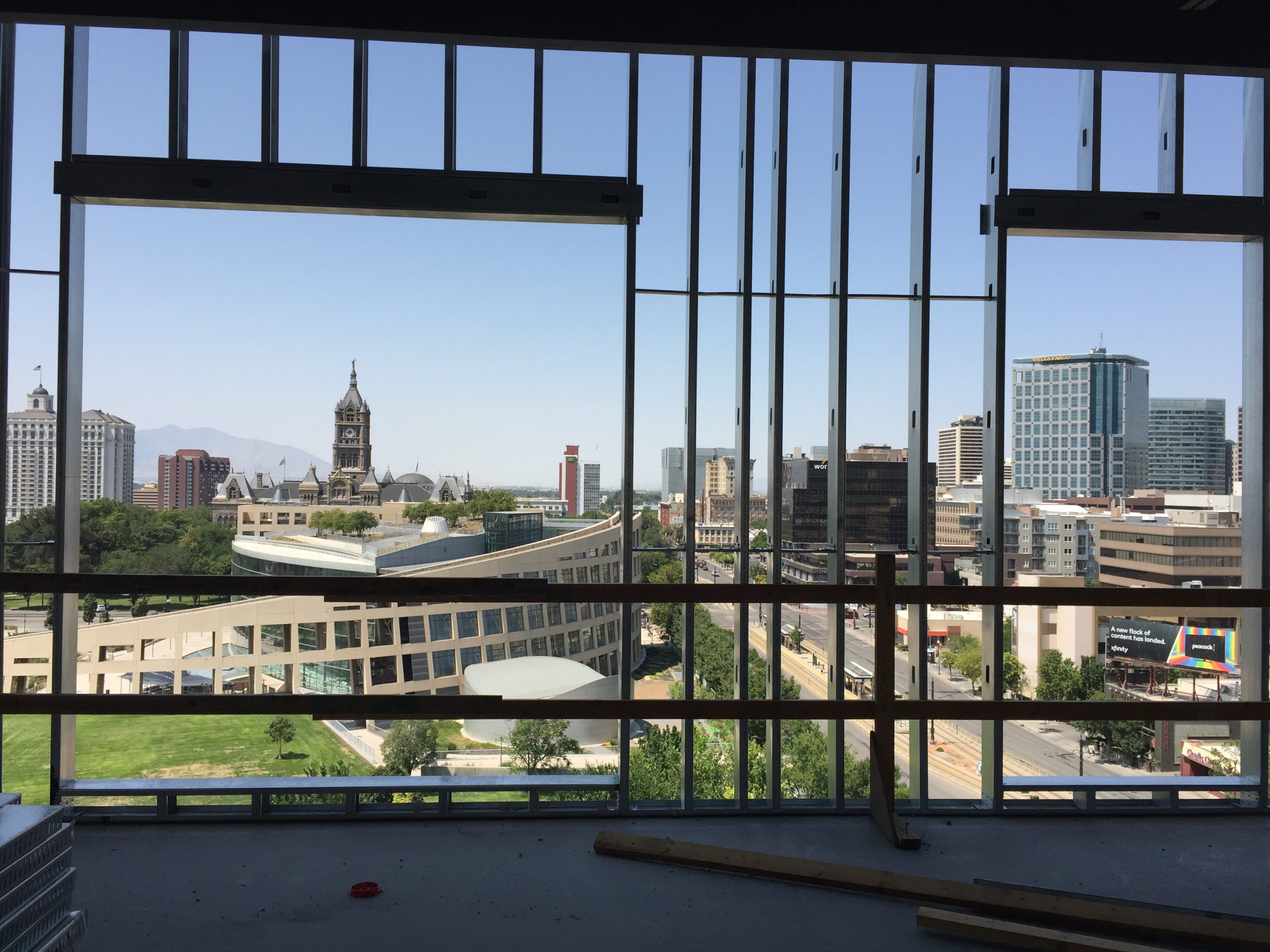 Salt Lake City Mayor Erin Mendenhall reported on her administration’s first-year progress and highlighted its plan for 2021 in her state of the city speech this week.

Housing and development were major components of the mayor’s 36-minute statement. She insisted that equity – along with her signature campaign issue, air quality – would be the measures of her administration.

These core values will be applied to “zoning, investment, hiring, public outreach, and budgeting.”

In rebounding from the Covid pandemic, Salt Lakers can do better than just getting back to the “old normal,” encouraged the mayor.

Mendenhall’s goal: “To come out of this pandemic stronger, more resilient, more equitable, and more just than before.”

Focusing on building momentum behind Salt Lake City’s burgeoning medical technology (Life Sciences) sector, Mendenhall pointed to the BioHive initiative and made a case for drawing young local talent into the industry through linkages with city schools.

“I’m determined to reshape the way we grow in our city, so that it benefits everyone, from every neighborhood.”

Admitting that “It’s not going to be easy or quick,” the mayor emphasized that “it’s important that we make every effort to grow equitably.”

Efficiency and effectiveness within city government were also in the mayor’s sights. Her speech expressed good-government enthusiasm while listing intra-mural initiatives to spur administrative innovation.

“If you don’t measure it, you cannot manage it,” Mendenhall stated.

Mendenhall gave one of her many smiles when announcing that the city had successfully applied for $6M in cash assistance from the federal government for renters unemployed due to the Covid recession. The city is eager to hear from renters who are having problems meeting their rent due to Covid fallout.

In addition, the mayor introduced a “Renters Choice” ordinance, which aims to eliminate the standard lump-sum security deposit requirement for renters.

When asked for details, the Mayor’s Office pointed to Cincinnati and Atlanta, where ordinances stipulate that renters can pay their security deposits gradually, either through a third-party “insurance” company or more quickly to the landlord.

Equitable development across the city

Opening up zoning code “to find areas where changes would allow new housing units and confront geographic inequity” has been a priority, Mendenhall stated.

Infill ordinances pursued by her Planning Director Nick Norris have largely borne this out, like the expansion of form-based codes, a new affordable housing overlay, and the RMF-30 rewrite.

With equity so present in mind, gentrification, too, is on the mayor’s lips. The mayor defined it less in terms of neighborhood aesthetics + character and more in terms of displacement.

The malevolent side of gentrification is “people being priced out of their houses, apartments, and the neighborhoods they’ve called home for decades,” she stated.

To avoid those results, the city will soon be bringing in “experts in mitigating gentrification” to help policymakers avoid creating displacement. The nature of that consultant’s contract is yet to be revealed.

In addition, the mayor noted, the RDA will be taking extraordinary steps in the development of the 9-Line project area “to reduce the impacts of gentrification in that area.”