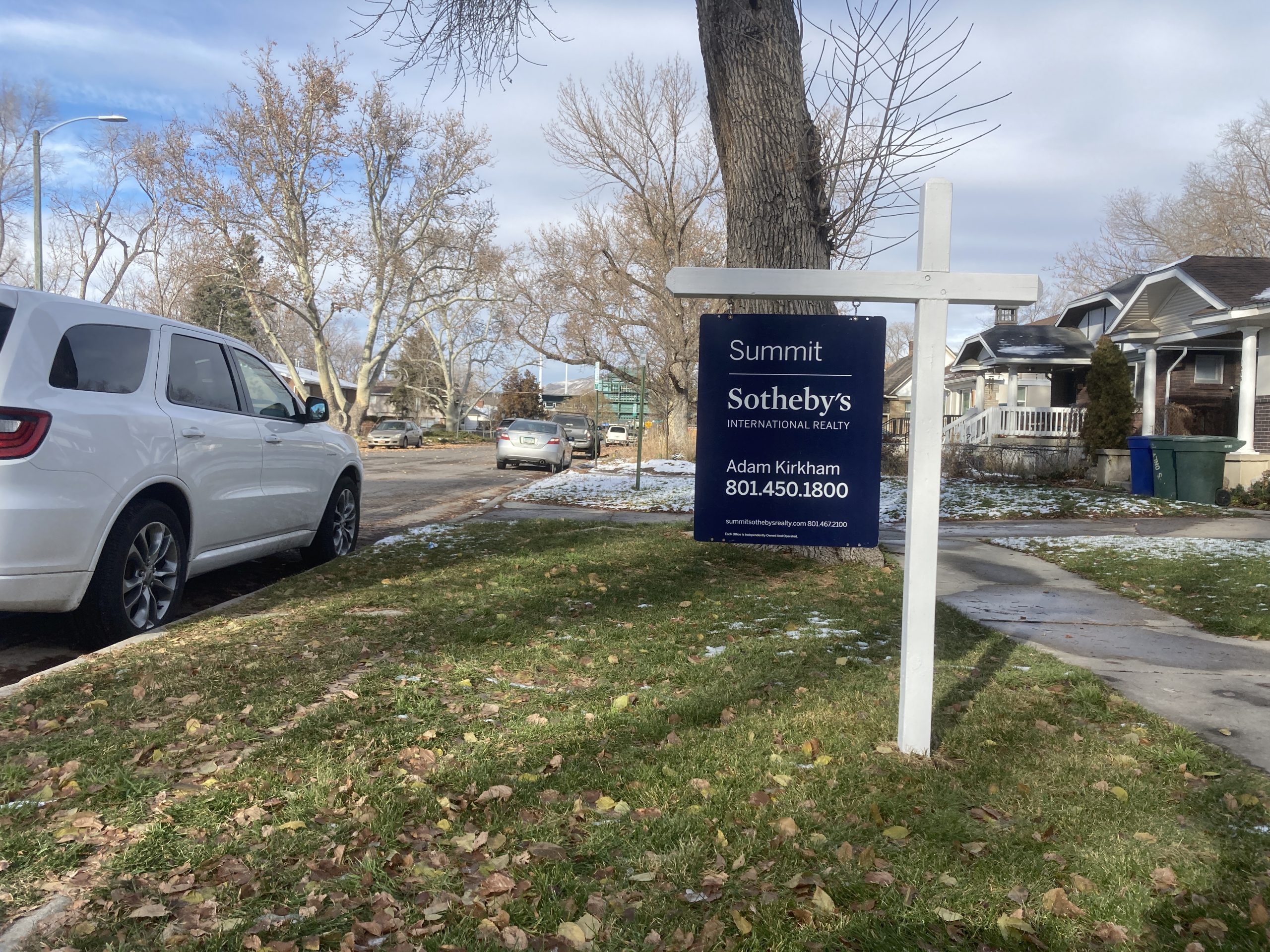 Everybody says it’s happening. Gentrification. Demand for luxury apartments in Salt Lake’s hot rental market is driving up rents across the city. New luxury units, condo conversions, and public spending on plazas, trails, rail, and bike paths are all evidence that a tsunami of gentrification is imminent.

A gentrifying neighborhood is usually defined by a process of replacement of lower-income people of color by wealthier, whiter, and younger people who change the character of the neighborhood to reflect their lifestyle preferences.

What logically follows gentrification is displacement of current residents, who have lower incomes and are people of color, who can’t afford the new level of rents set by the market.

Wait, before we go further – many of these assertions haven’t been proven true.

Two decades of research across the US shows that many of our assumptions are wrong about the connections between displacement, gentrification, and new, high-density, high-rent development.

Currently, in the shadow of those facts, the city is in the midst of its own effort “to understand gentrification and displacement,” called Thriving in Place.

The project has engaged sophisticated out-of-town consultants, multiple grad-school classes from the University of Utah, scores of west side leaders in discussion groups, and thousands of community members answering surveys in-person and on-line.

Whether it be a mere rhetorical, political exercise to give residents the opportunity to vent fears and frustrations, or the precursor to impactful policy action, is yet to be seen. Consultants plan to deliver their analysis and proposals to community advocates and city leaders this summer.

The city’s goals, caught in paradox

Shall we acknowledge it up front? The city is in the business of gentrification.

Both indirectly and directly, city policies create gentrification – defined as an area getting wealthier, whiter, and younger.

Government’s modus operandi of promoting growth is based in the logic that more tax revenue is always good. Where does that revenue come from? People and businesses able to spend in the local economy, boosting property and sales tax, licensing, permitting, fees and fines.

Those pressures are ever-present in Utah cities, where a state-mandated balanced-budget requirement keeps public officials from spending more than they take in.

Pro-gentrification policy direction is manifested in repeated city economic development strategies that aim to attract “high-paying jobs” in whatever era that might be. Today, it’s meds, eds, and tech professionals who Mayor Mendenhall hopes to entice to “Tech Lake City.”

Those higher-income people tend to be whiter than the general population, given its current patterns of income distribution.

The city’s Redevelopment Agency, for its part, is charged with raising the property values in its project areas. The whole premise of tax-increment financing rests on the guarantee of rising land value, which the Agency stimulates with public investment in transit, trails, and walkability to attract private-sector demand.

State law that establishes redevelopment agencies recognizes the fundamental gentrifying effects of RDAs, and requires them to dedicate between 10 and 20% of their tax increment to affordable housing.

That the city has “devised” gentrification and displacement was expressed by a number of community liaisons in interviews and focus groups, enough to be noted in a presentation offered last week by graduate students in two courses in the College of Architecture and Planning. Those specific numbers are yet to be released by the researchers.

And yet, with the other hand

On the other end of the paradox, the city’s anti-gentrification leader, Angela Price of the Department of Community and Neighborhoods (CAN), earnestly expresses the Mayor’s equity priorities as she describes the purpose of the Thriving in Place initiative.

“We want our city to be livable, but not where people are getting pushed out of neighborhoods they want to live in.”

On SLC’s west side. Photo by Luke Garrott

The connection between gentrification, new development, and displacement are clear in her mind. Thriving in Place aims “to see the areas that are red hot for development that may push people out of their neighborhoods because of future development pressures,” she told Building Salt Lake.

“We want people to be able to live where they want in Salt Lake City, where it’s not dictated by the housing you can afford. CAN’s goal is to have an equitable city, where you can live where you want without being cost burdened.”

That burden – spending over 30% of one’s income on housing – has been a constant target for a number of city policies and departments. It spends tens of millions each year trying to preserve and produce affordable housing.

What does the research say?

It’s unambiguous. Living in a gentrifying neighborhood doesn’t increase your chance of being displaced.

In a landmark study of gentrification of New York City in the 1990s, Columbia University researchers, using US census and locally rich data thanks to NYC government, found that mobility rates of people who were poorer were actually lower in gentrifying neighborhoods than in lower-income, non-gentrifying ones.

No study since has found that once a neighborhood is gentrifying, displacement increases.

Local experts concurred when asked by Building Salt Lake. “Displacement is more of a predictor of gentrification than a result,” Prof. Alessandro Rigolón, part of Thriving in Place, and faculty member in the U’s College of Architecture+Planning told us.

The areas that have the highest levels of evictions – what is called “hard displacement” – are the census tracts with the highest number of people in poverty and largest number of cheap rental units.

This national-level finding has been verified locally by researchers at the U. of Utah led by Prof. Ivis Garcia, one of the city’s U. of Utah faculty partners. Her team found evictions in Salt Lake County concentrated near the central business district and south along the State St. corridor – a geography marked by a preponderance of low-cost rental housing and lower-income populations.

Evictions are one form of displacement, but “soft displacement” is harder to measure. When a person or family is forced out of a neighborhood because of a rise in housing costs, or other economic pressures, good data is hard to collect.

They can’t be gleaned from census data or the yearly American Community Survey (ACS), both publicly available sources. As Prof. Garcia told us, richer data collecting about displacement, like resident surveys, are “very hard because the people who were displaced left so there’s no way to track them down.”

In response to negative comments about density, Prof. Rigolón told the audience at the students’ presentation at Glendale Middle School, “Not building housing is a formula for low income people to be displaced. Did you see the movie The Last Black Man in San Francisco?”

There’s no evidence that the addition of high-density housing to a neighborhood leads to displacement. Nor does the building of light rail, up to 2010. Studies up to that year, examining neighborhoods around light rail projects like UTA’s Blue Line reported not gentrification but decline near Blue Line stations, measured in income and poverty rates.

That was before the opening of the UTA’s Airport Line in 2011, now part of the Green Line. The combination of an RDA project area, dramatic upzoning, and the city’s and UTA’s investment in the North Temple Boulevard project – not to mention federal incentives like Opportunity Zones and LIHTC low-income housing tax credits – have stimulated gentrification of an area, North Temple, that’s yet to be studied.

The city’s data consultant on the Thriving in Place initiative is the Urban Displacement Project at the U. of California, Berkeley.

Tim Thomas, a post-doc at the center, told us that “machine learning and advanced statistical sampling tools, some of the first to be used in the country” – are informing the conclusions they’ll be presenting to community groups and city decision makers.

Their data is different, too. Instead of relying exclusively on census data and the ACS, Thomas told us that they have access to household-level consumer data and are applying “similar models used by Google and Facebook.”

“We have that data on lockdown,” he said. “But anyone can purchase it.”

Their data set and modeling enables researchers to see where household incomes are rising from year-to-year, and chart changes in consumer identity – like estimated income levels and preferences – at more frequent intervals than 10-year censuses.

They have also developed a displacement typology, incorporating “50 to 60 variables that are driving everything,” according to Thomas. That will identify areas that are at risk for displacement, and to what degree of intensity – so the city can respond with policy and action.

In short, the goal is mitigate involuntary displacement, where “at risk people are pushed out of their neighborhood,” in the words of CAN’s Price. “Are there areas of the city which are at risk, where the city can mitigate the worst effects?” she wonders, indicating the city’s hope for the initiative.

Price told us that the analysis from Thomas’ group “may show that gentrification has already happened in certain neighborhoods. If so, we should probably refocus to another area that hasn’t gentrified yet.”

Thomas’ academic group present their affordable housing options in the form of three P’s: production, preservation, and protection. While the first two apply to the production of buildings and the preservation of units, the last refers to the “protection” of people, namely renters.

Salt Lake City’s Price re-emphasized the importance of addressing the affordability of housing for low-income renters, who are disproportionately poor and people of color.

She noted a tenants’ “right of first refusal,” which would require owners of an apartment building to offer a non-profit organized on tenants’ behalf the right to purchase the building before it goes on the market.

Other “protective” measures mentioned by Berkeley’s data scientist Thomas that may be within the city’s land-use and business-licensing authority are a “just cause for eviction” ordinance, as well as “rent stabilization” measures that limit the percentage a landlord can raise rent each year.

Potentially “radical” measures are still on the table, it seems. We will be watching whether they can withstand the pressures of the other side of the city’s gentrification paradox – the growth imperative.