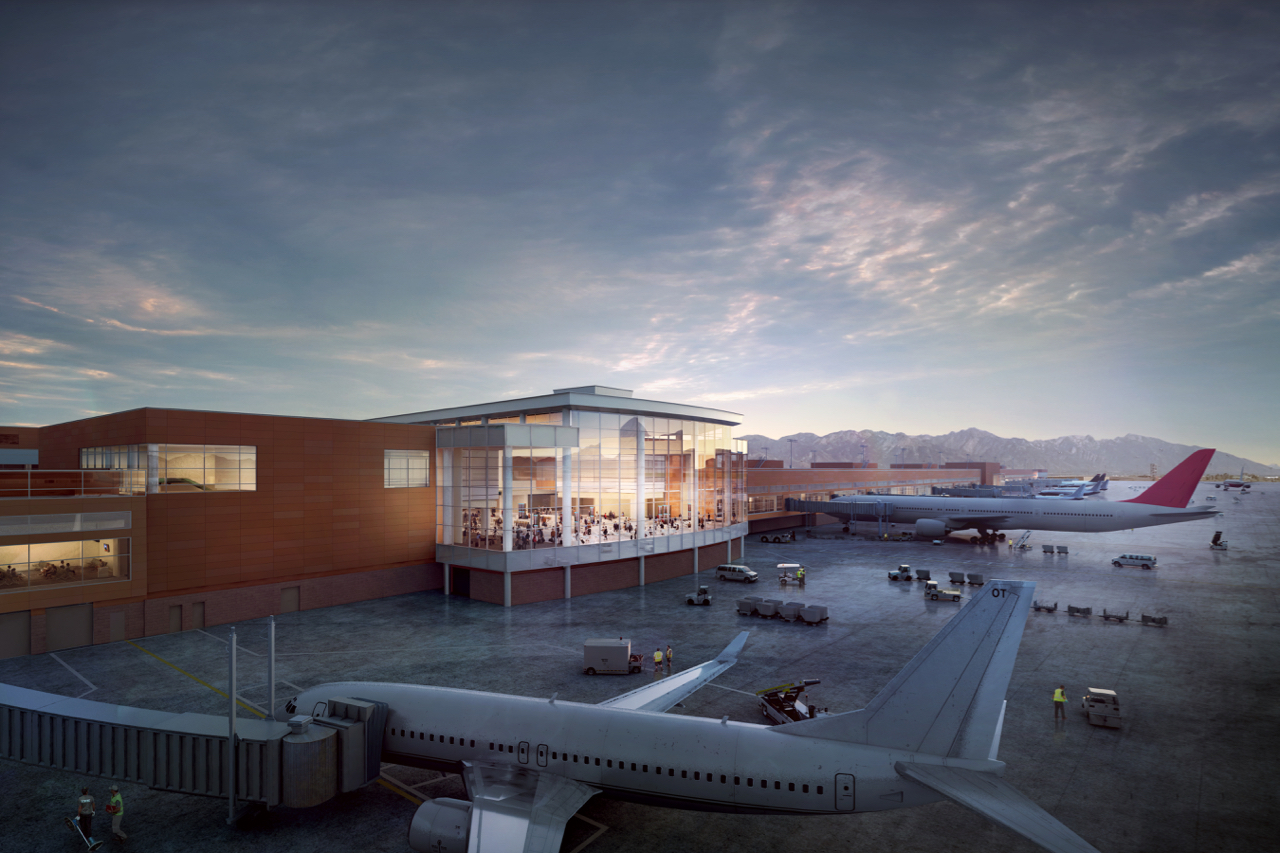 When the main terminal for the Salt Lake City International Airport was built, Utah had a population of just over 900,000 people.  In the 54 years since, Utah’s population has tripled to nearly 3 million people.  The number of passengers served at the airport has also grown significantly.  The current airport was built to handle 10 million passengers a year, but now accommodates over 22 million a year.

Salt Lake City has one of the fastest growing economies in the country.  The region’s population is expected to continue to grow faster than the national average.  A larger and more efficient airport will be needed to support the region’s growing population and economy.

With the growth, unhealthy levels of air pollution during summer and winter months have become the norm.   To help the region balance growth with quality of life, many local leaders are pushing for more energy efficient buildings.  On Tuesday, City and airport officials debuted new renderings of the Terminal Redevelopment Program.  The renderings show a larger and more efficient terminal that reflects the growing presence of sustainable buildings across the Wasatch Front.

But how sustainable the new $1.8 billion airport becomes is still being debated.  Airport officials plan to build the new terminal according to LEED Gold standards, the second highest level awarded to energy efficient developments.  But Salt Lake City Mayor Becker wants the new airport to achieve an even higher level of sustainability.  As part of his sustainability agenda, Becker wants the airport to be the first net-zero airport in the country.

“This will be a landmark facility,” said Becker.  “This airport will set a new standard for sustainability.”

Becker is advocating for what he calls a “roadmap to net zero” which challenges the project’s architects, HOK, to make the airport the “most sustainable it can be” and emulate the Public Safety Building by designing a terminal that generates as much energy as it consumes.  HOK, a design, architecture, engineering and planning firm, specializes in sustainable development.

According to Maureen Riley, the director of the Salt Lake City International Airport, the airline fleets will convert to energy efficient vehicles, including electric vehicles.  Light rail will be enhanced along with the new terminal.  The current TRAX line will be extended west, ending at the new Gateway Center directly south of the main terminal entrance.

The project will also include seismic upgrades.

No local tax money will be used for the Terminal Redevelopment Program.  The project is being financed through federal grants, airport user fees, contributions from the airlines, airport income reserves and general airport revenue bonds.

Construction of the new five-story parking garage began last year.  The first phase of the airport project includes the new consolidated terminal which will be built in stages so that current airport operations can continue during construction.  The initial phase is expected to open in 2020.