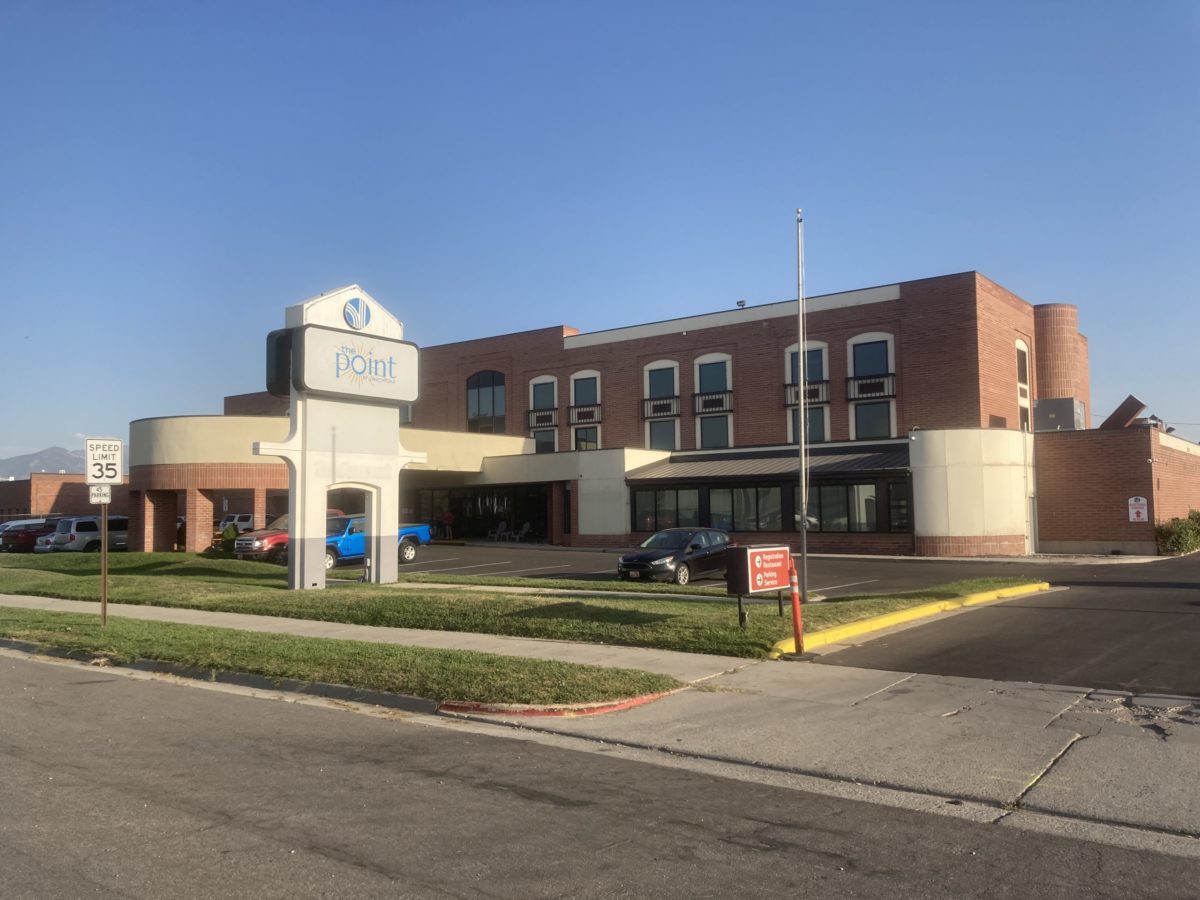 An ambitious Utah non-profit providing badly-needed permanent supportive housing for formerly homeless elderly people is petitioning the city to be removed from its Airport Overlay zone – which prohibits residential uses.

Approval of the project between I-215 and the Airport, at 130 North 2100 West, by the Planning Commission and the City Council may be an easy call. It’s close to transit and aligns with the city’s housing-first policy for individuals experiencing frequent homelessness.

But city leaders will likely have to decide, in this process, if they are serious about the current Airport Overlay ordinance and its ban on housing.

The ban exists, in the words of the planning department, “due to the potential for noise impacts on residential uses from air traffic.”

The city has historically used the ordinance to squelch residential projects west of I-215 near the airport. Yet in all likelihood, not this one.

Will peeling back the Airport Overlay zone for this permanent supportive housing project mean that in the future, other residential developers will be able to successfully petition for the same?

Switchpoint, a St. George, UT non-profit which successfully transitioned the former Airport Inn at 2333 W North Temple into a SRO offering rents at 30-40% AMI with access to wrap-around social services, is set to move on its second project in the city.

The former Holiday Inn Express and Suites at 130 N. 2100 W. is a two-story stick-build on 2.28 acres valued at $4.8 million by the county assessor. It shares a block with the Sabor Latino restaurant and surface parking lots.

The former Holiday Inn Express and Suites that has most recently been occupied by U of U family and patient housing. It’s been empty for two years, Switchpoint ED Hollowell told us. Also, the former Airport Inn at 2333 W. North Temple. Photos by Luke Garrott.

Since it wants to transition its use from hotel to housing, it has to get out from under the Airport Flight Path Protection (AFPP) Overlay “Influence Zone B – High Noise Impact” zone.

The code specifies that “Airport influence zone B is that area exposed to high levels of aircraft noise.” In this area it runs from the airport property at 2200 W to I-215, encompassing the subject property.

Switchpoint executive director Carol Hollowell told us that triple-pane windows were put in at The Point, the former Airport Inn.

Since the ordinance was written, less noise is coming from airplanes, she asserted. “Lots of things have changed within the airline industry. There’s less noise coming from planes over the last 10 years.”

Services on-site would include case management by First Step House; a weekly visit by a home health CNA and a physician; and programming like recovery classes, church services, and art therapy.

Switchpoint will be looking to the city, county, and state soon for funds to purchase properties to provide deeply affordable housing, she said.

“We have 10 properties under contract, but no current way to purchase them.”

There’s no contest between the options presented to her non-profit, Hollowell emphasized. “It’s $300,000 to build a new unit, but we can buy and renovate for $100,000,” providing a studio apartment with a kitchenette.

Switchpoint’s year-to-year funding model is based on operating and maintenance costs being covered by rents and “the location’s micro-enterprises.” Hopefully government and philanthropic funding sources will come through for the capital costs of acquiring properties, Hollowell expressed to us.

The petition has only recently been received by the Planning Division. It will be processed by staff and relevant departments before landing on the Planning Commission’s agenda.

The base zoning on the property envisions “comparatively intense land development with a mix of land uses.” Heights in the TSA-MUEC Transit Station Area Mixed-use Employment Center are a minimum of 25’ and a maximum of 75’ – with the ability to go one extra story with a high points score.

The city faces at least a couple of difficult questions:

The proposed residential uses on both of Switchpoint’s current sites would not be called “highest and best use.” In fact, the current motel at 130 N. 2100 W. may be non-conforming, being under 25’.

But the value of the housing for the city is likely to outweigh any complaints along these lines as the zoning change amendment PLNPCM2022-00833 works its way through city hall.

But what kind of  a precedent would be set for future development rights in the same area west of I-215? Would a positive recommendation from staff, an endorsement by the Planning Commission, and a positive vote by the City Council on this petition set city policy on a different course for development adjacent to SLC International Airport?