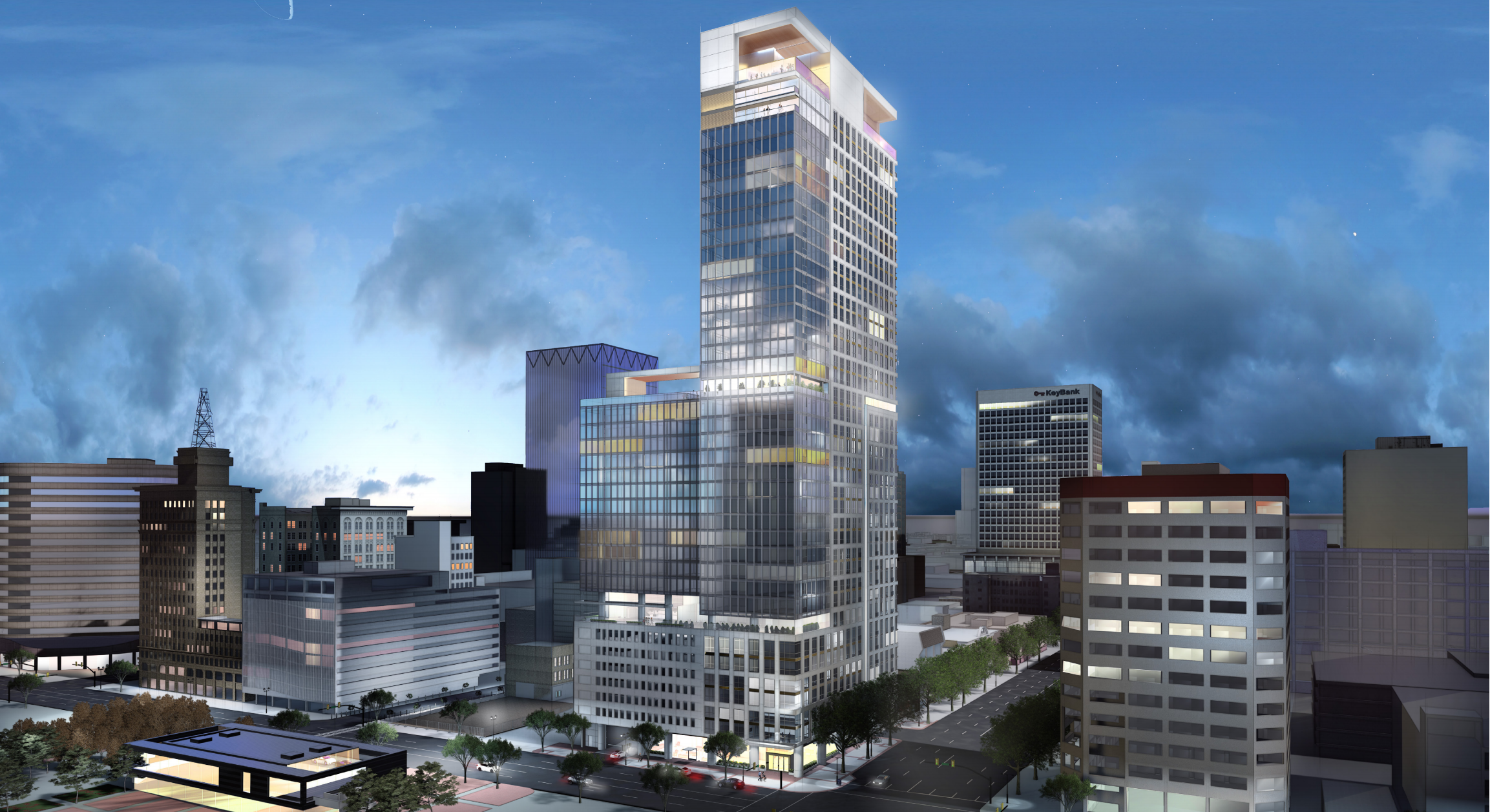 COVID-19 hasn’t stalled what is set to become the tallest addition to Salt Lake City’s expanding skyline after it’s built in coming years.

The developers had asked for and received an extension of past approvals from the Planning Commission in recent weeks, a request made by other developers that can signal troubles securing a project’s financing.

There is also a building application by Reagan Outdoor Advertising to remove a 1,300-square-foot, billboard on the site, which is home to a shuttered Carl’s Jr. restaurant.

But in yet another sign that the Wasatch Front’s multi-family construction market will remain red hot even as the pandemic cools other markets, officials representing Kensington Tower say the billboard is temporary and they plan to break ground at 200 S. State St. in June.

The construction will bring what has been billed as the state’s tallest skyscraper, adding hundreds of high-end luxury rental apartments in the Downtown core.

At 39 stories and over 400 feet, the Kensington Tower would inject 380 units into the core of Downtown, across from the Gallivan Center. It is one of several new high-rise projects in the pipeline for Downtown.

Downtown residents had been alarmed by news of the billboard application, which was submitted without further information other than the overall size of an existing advertisement on the parcel.

Billboards in Utah can have a remarkable effect at hindering development of otherwise valuable parcels in a neighborhood. Throughout Salt Lake City, there are corners that are home only to vacant land and a billboard.

The new Post District, which is rapidly developing south of Pioneer Park, will be built among billboards that will remain indefinitely. A key corner in the Central 9th neighborhood, within steps of a TRAX station, will remain undeveloped, home only to a Reagan billboard.

Brown said the agreement between the developers and Reagan is temporary.

“At the appropriate time the lease of the billboard will have to be terminated,” Brown said. “I don’t have specific information on the billboard other than it will need to come down before construction starts in June.”

Regan will demolish the existing billboard, and the amount of billboard space removed from the location can be added elsewhere in Salt Lake City.

This post has been updated to reflect the billboard application, which is to remove an existing billboard.