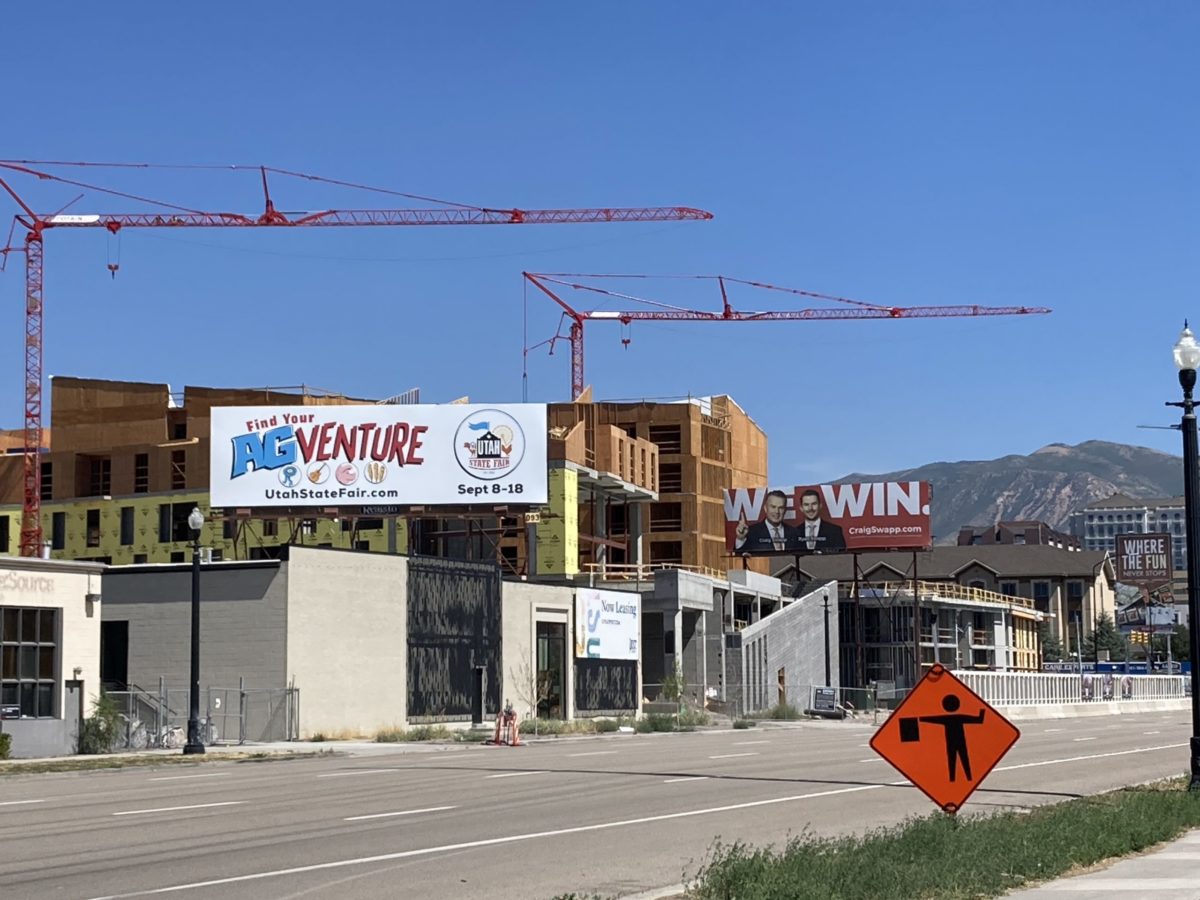 A group of prominent developers has been working with the executives of billboard companies on a framework that could change the makeup of massive advertisements along several major roads leading into the heart of Downtown Salt Lake City.

The work was facilitated by Mayor Erin Mendenhall’s chief of staff, marking the first cooperation between billboard companies and the office of the mayor in recent years.

The work led to a high-level framework between the private parties and would still need an ordinance written by administrative staff and supported by the City Council, meaning it’s far from a done deal. But it marks a first step toward potentially carrying out some of the concepts in vision for the Grand Boulevards on the fringe of Downtown.

“With the exciting development taking place in our wonderful city, we all recognize the unique opportunity to create a win-win scenario for all the citizens and stakeholders of Salt Lake City,” the group wrote in a June memo obtained by Building Salt Lake.

The memo described the guiding principles sought by the billboard industry in what could be an overlay zone from 400 South to 600 South, I-15 to State Street.

The plan takes a portion of the work done over the past decade around improving the visitor experience when entering Salt Lake City off the interstate, namely the portion around billboard design and placement. It leaves out past work on improving the land use and safety of the state-owned roads, as well as undergrounding the major power transmission lines.

The area identified for the potential overlay district includes east-west surface highways owned by the Utah Department of Transportation leading to and from the interstate. The roads are lined with oversized advertisements and has been used by national experts in planning to highlight visual blight.

The same area includes a significant group of developments in an area developers have dubbed the Post District.

The district is being filled with mixed-use new and retrofitted buildings that will bring hundreds of housing units, restaurants, bars and office space.

Due to existing state laws and local ordinances around the placement and movement (or lack thereof) of billboards in Salt Lake City, several of the Post District buildings were literally designed around existing advertisements. (Concrete footings were formed around the poles, and several units in the new buildings will look out the window at billboards.)

The framework around the suggested billboard overlay district include flexibility around heights, sizes and configuration of the signs.

It proposes “an improved process to manage the improvement of and ongoing use of billboards with a shared creative vision around maximizing the value of existing billboard inventory.”

The group notably did not include representatives from Scenic Utah, a local nonprofit that’s working on state and local legislation restricting billboards.

What are they asking for?

The developers and billboard industry came together because they have a common interest in the Grand Boulevards area. The mayor’s office did so because legislators have threatened sweeping legislation that would restrict local control over the visual pollution caused by the huge advertisements.

It also follows the attempt by state legislators to allow digital billboards without giving cities in Utah power to control them. (That bill narrowly failed in 2021, and the billboard executives quickly called for the Legislature to try it again the next year.)

This time around, the mayor’s staff is apparently in the room working on a compromise.

The stakeholders thanked Chief of Staff Rachel Otto, a trained attorney and former lobbyist with the Utah League of Cities and Towns, for spearheading the work.

Otto has been out of the office, but the mayor’s office confirmed in a statement that it did lead the discussion as a result of the failed legislation in 2021.

“We agreed to convene that dialogue after the ‘nuclear’ legislation proposed by the billboard industry in 2021,” mayor spokesman Andrew Wittenberg said in a statement. “The mayor’s office is working with staff to develop concepts that would work better for redevelopment in that area.”

The developers have an interest in the work because billboards often complicate or block development. The Post District shows that, under the current legal framework, several city blocks can receive tens of millions of dollars in investment to completely change an area yet the billboards would remain unmoved through it all.

Among the broad changes agreed to in the new proposed framework:

“It is this group’s hope that this overlay provides the framework for future improvements in the regulation of Billboard signage,” the framework says. “The goal in this first step is to keep things simple and provide immediately positive outcomes. Later we hope these planning concepts serve as a model for more areas throughout the state of Utah.”

In addition to thanking Otto, the industry insiders who worked on the overlay framework included: