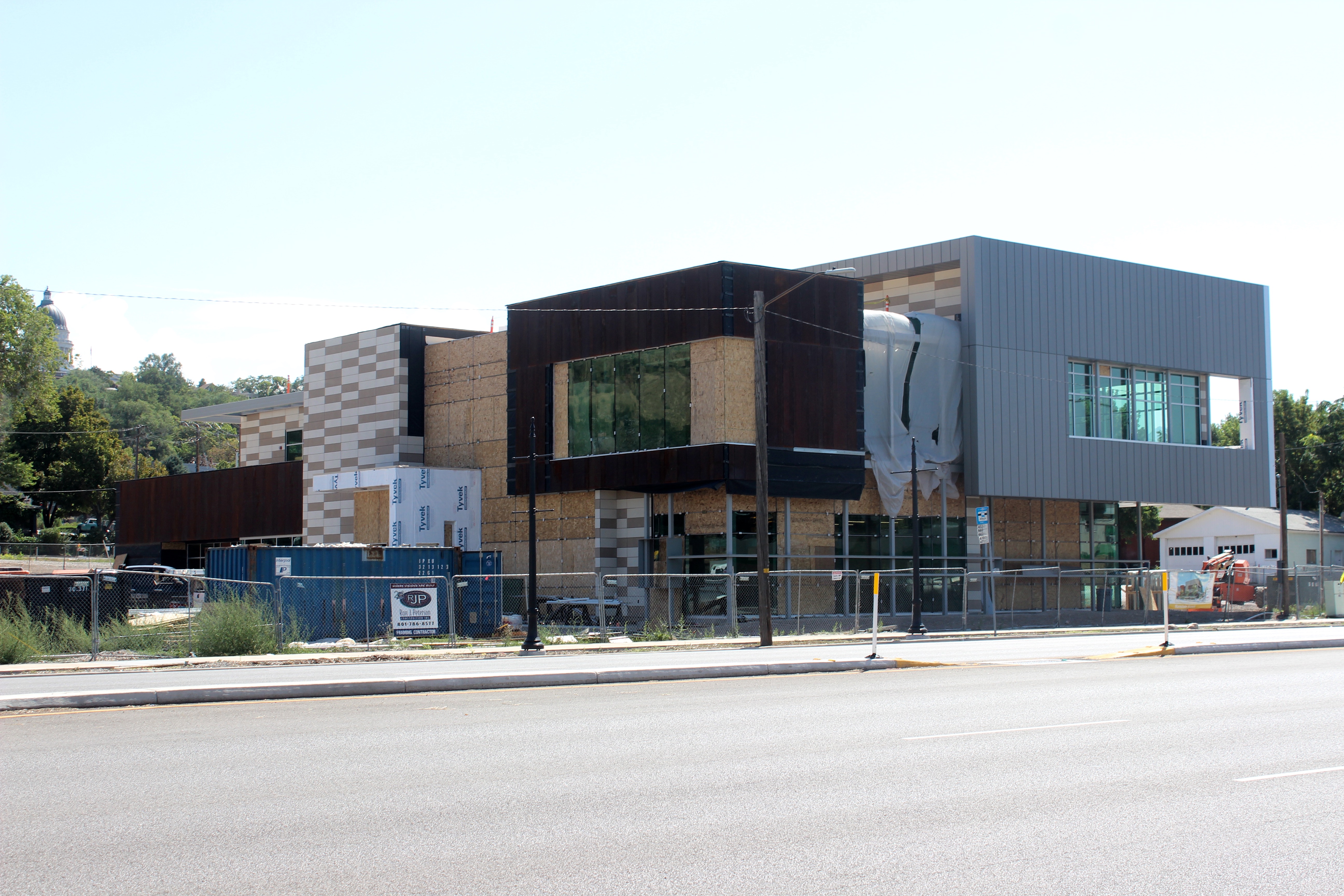 The northern gateway into Salt Lake City, the Marmalade neighborhood is becoming more welcoming with streetscape enhancements and new developments like the Marmalade Branch, an under construction branch of Salt Lake City public library system at the corner of 500 North and 300 West.  The branch is first phase of redevelopment plans for the entire 500 North block of 300 West.

The project is being built according to LEED Silver certification standards and will anchor the 500 North block of 300 West that will eventually include 12 townhomes on the east side of the block facing Arctic Court, three mixed-use residential and retail developments along 300 West and a public park occupying the center of the block.

Construction of the townhomes should begin later this year.  Clearwater Homes will develop the mixed-use buildings as part of the final phase for block.