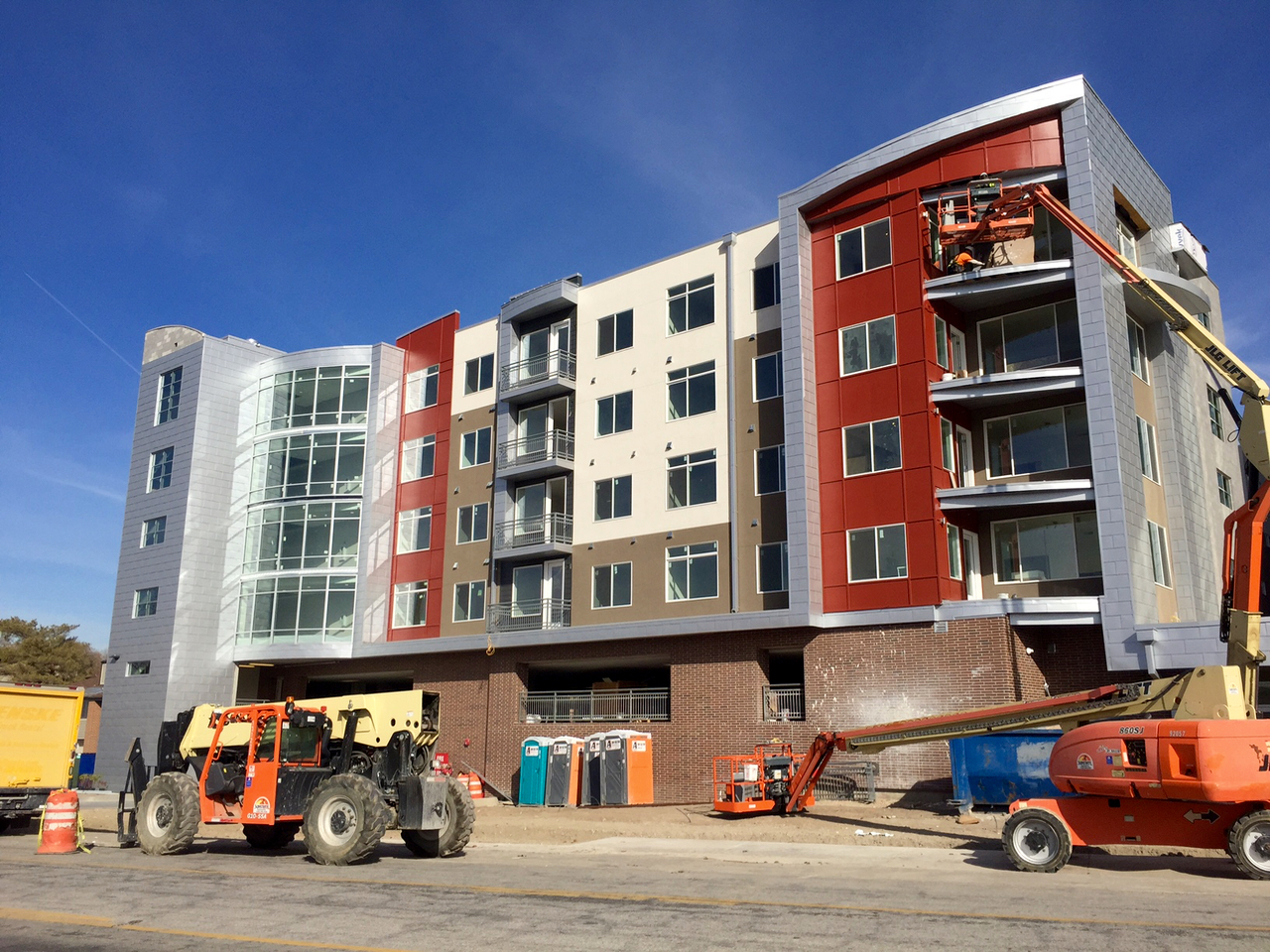 Construction of the Element31 Apartments, a six-story 208-unit apartment development at 1245 Brickyard Road, is nearly complete with the majority of the units expected to be open by the end of December.

The area surrounding Brickyard Road has the potential to become one of Salt Lake City’s key urban centers.  The area already has mixed-uses with retail, although it is currently in a suburban style strip mall, a midsize office tower and nearby mid-density housing.

The new development, designed by Think Architecture, shows that housing can be built in unique spaces.   The u-shaped project wraps around the Brickyard Office Tower, across from the Brickyard Plaza.  The project includes four floors of residential above two floors of parking.

Directly across the street from Element31 is ample surface parking that could accommodate more mid-rise residential with underground parking like Element31.

The Element31 Apartments are within a block of two high-frequency bus routes.   The 220 bus route runs directly east of Brickyard Plaza and the 33 bus route runs just south of the project on 3300 South between Wasatch Boulevard and the 3300 South TRAX station.  Both bus routes mostly run every 15-minutes and connect the Brickyard area to downtown Salt Lake, Sugar House Business District and the regional TRAX network.

*More images on the next page