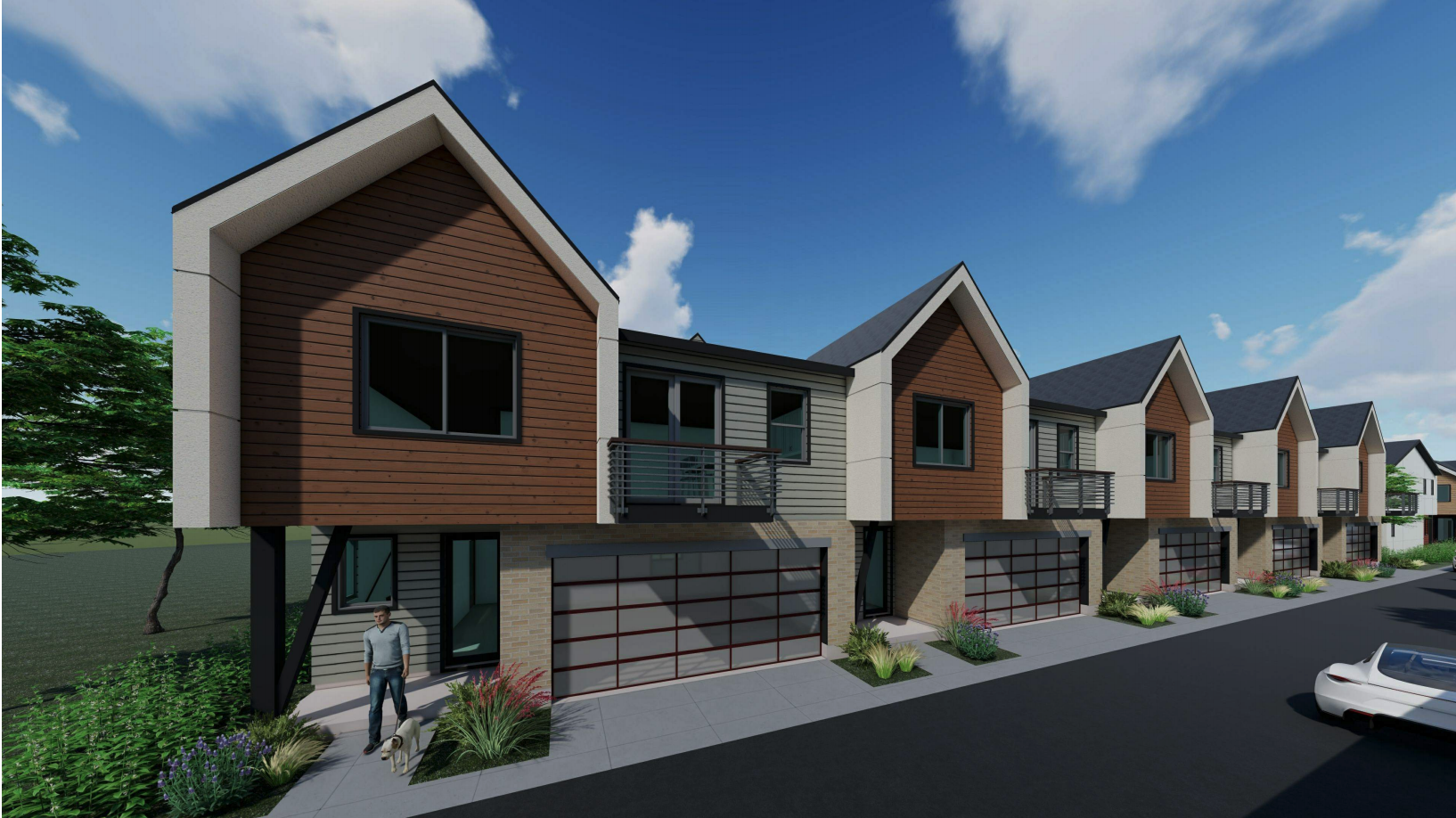 Garbett Homes is looking to build another housing project in the Marmalade neighborhood west of Capitol Hill.

The developer, who recently completed a high-end housing development on nearby Capitol Hill, has proposed building 25 single-family attached townhomes at 430 N. 300 W., about a block south of the Marmalade library off US-89.

The project continues a string of proposed and completed developments by the Salt Lake City-based developer.

Garbett completed and sold the Almond Street homes, which sold for upwards of $700,000 each, within the past several months. (The project included three pricing schemes, depending on size).

The entire project would include five separate buildings. Garbett is asking the city to reduce the rear yard setback — where it would back up to an LDS Church ward — from 15 feet down to 10 feet. It’s also asking the city for a height exception on building one, which would be the only building abutting 300 West (US-89).

There’s no mention of how much the units will cost once they’re built.
Renderings were also completed by Think Architecture, which designed the Almond Street homes.

Garbett is known for striving for environmental efficiency within its homes. The Quince would be pre-wired for solar panels, and Garbett says the project would result in homes that consume about half the energy of a typical new home.

Read the application for yourself here.