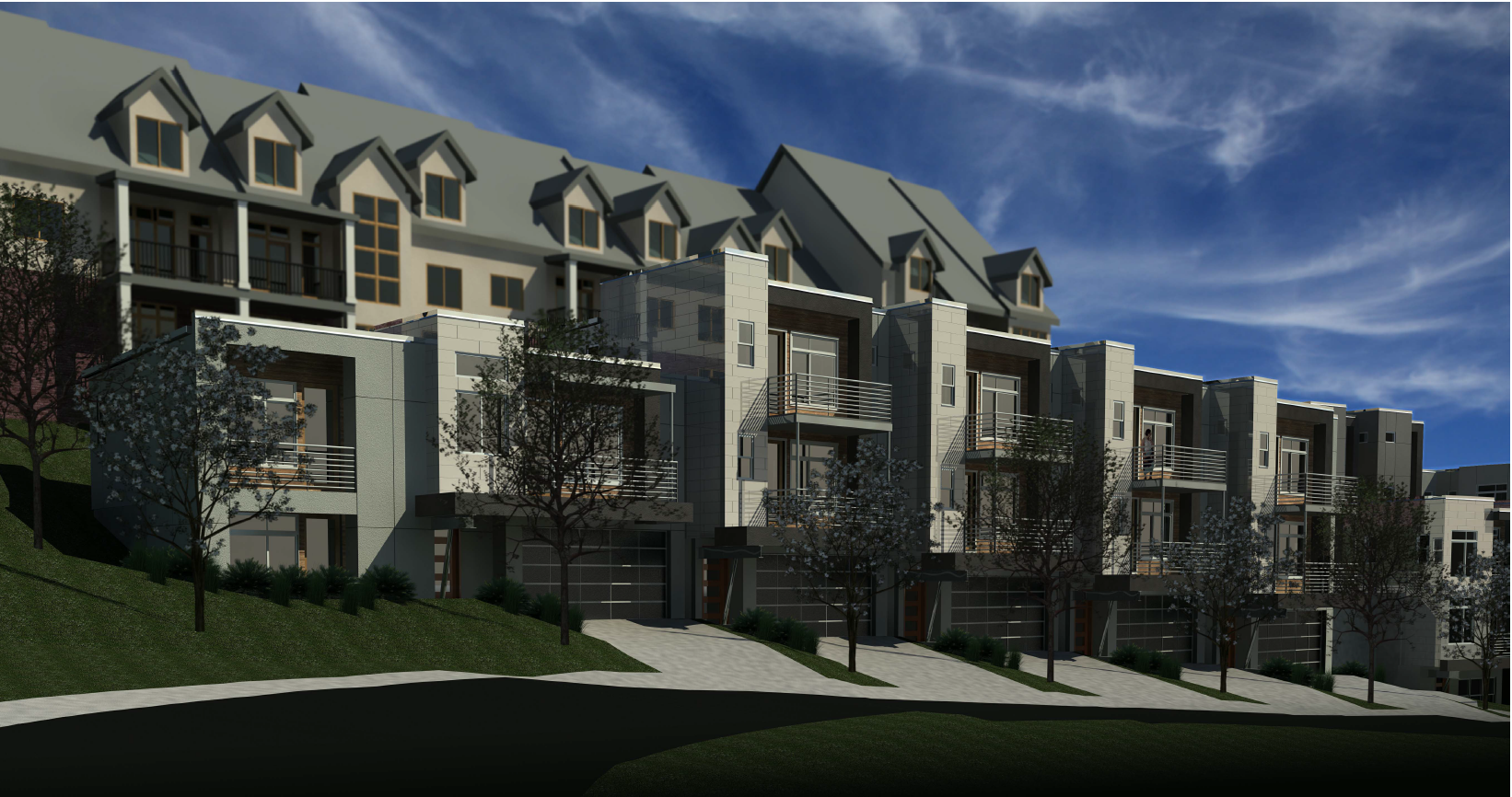 A missing middle project is coming to an angular 1.39 acre lot in the West Capitol Hill neighborhood. Underground prep work has begun on the Almond Street Townhomes, a proposed 18-unit, for-sale townhome project on the 200 North block of Almond Street.  The development fronts both Almond Street and West Temple and will incorporate four existing townhomes homes on West Temple.

The developer is Garbett Homes, which until has specialized in building energy efficient homes in the suburban communities.  Like, other Garbett developments, the Almond Street Townhomes will be designed to be energy efficient.

According to a representative for Garbett Homes, the project will be built in phases with construction of remaining buildings starting after the first two are completed.

The developers are pre-selling the units and according to their website, four of the five units of the first building have already been sold.

The townhomes were designed by Think Architecture, the same firm that designed the nearby Marmalade Townhomes, a proposed 12-townhome development directly east of Marmalade Branch on the 200 West block of 500 North.

Townhomes in the five unit building will be three stories with the two floors of residential living space above a two-car garage.  The units come in three floor plans: Andre, Martin, LeWitt.  The Martin is sold out, but the Andre style starts at $424,990 with two beds and two baths at 1,295 square feet.  The LeWitt starts at $674,990 with two beds and two and a half baths at 2,338 square feet.

The four townhomes that will front Almond Street will be three stories with three bedrooms on two floors above a two-car garage.

Besides townhome and single-family detached projects, Garbett Homes is developing two multifamily projects near downtown Salt Lake.  Construction is well underway on the 360 Apartments, a six-floor 151-unit project directly across from the west side of Pioneer Park.  While not yet under construction, Garbett received approval from the Historic Landmark Commission to build the Hardison Apartments, a four-story, 77-unit project at the intersection of 500 East and South Temple.