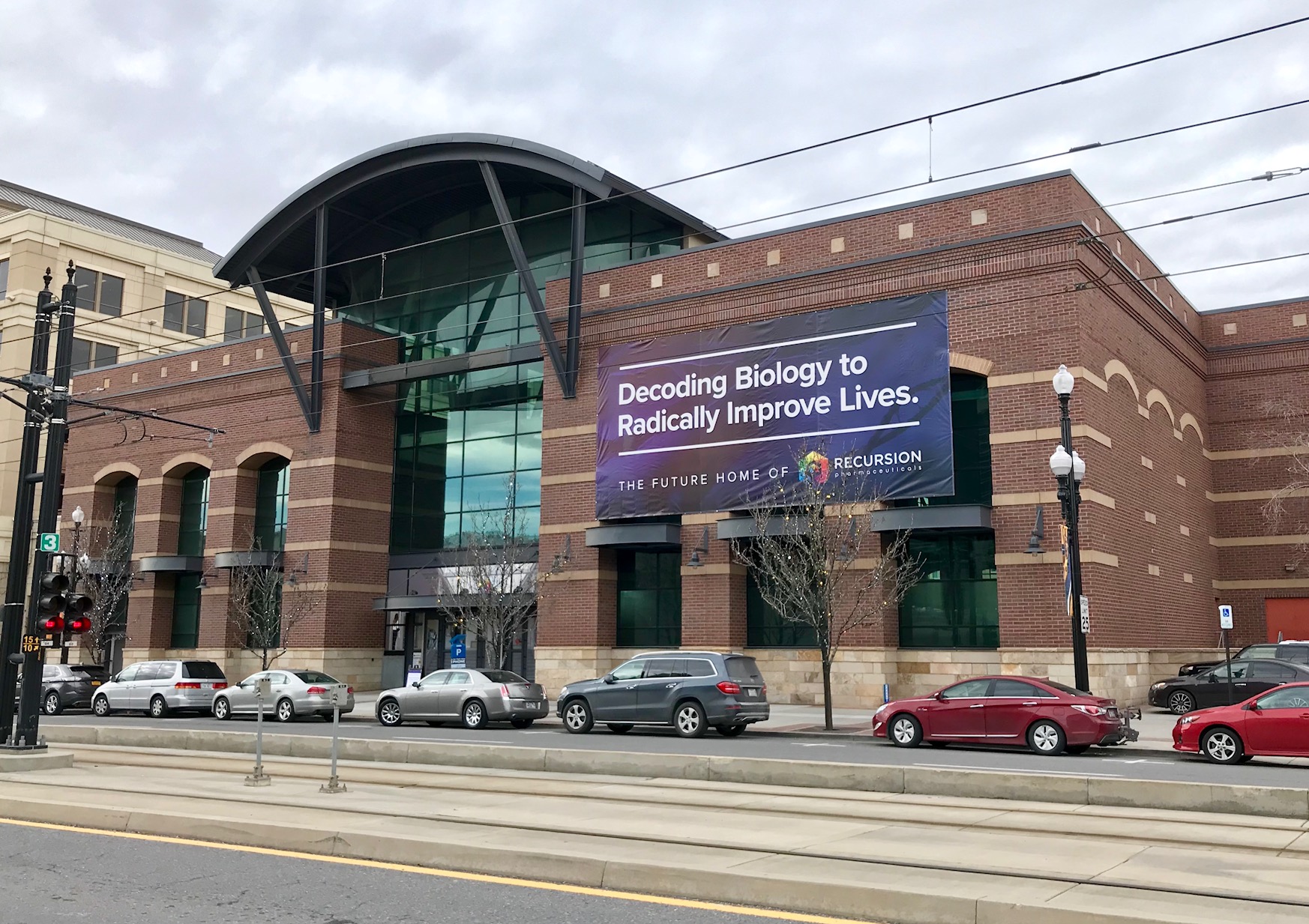 With some notable exceptions (Microsoft), most large tech companies have largely operated in suburban communities.  But as more and more workers opt for city life, tech companies are beginning to view urban environments like downtown Salt Lake City more favorably.

On Tuesday, Mathis was one of several speakers at a groundbreaking ceremony for the new headquarters of the biotechnology company, Recursion Pharmaceuticals.  The company is relocating from Research Park at the University of Utah, to The Gateway.  The company will utilize over 100,000 square feet of new office space in the building formerly occupied by Dick’s Sporting Goods.

Recursion is one of several tech companies set to expand to downtown Salt Lake this year.  Just a few hundred yards from Recursion’s new headquarters will be the new Salt Lake home of Kiln, a tech-oriented coworking and startup community that will occupy 25,000 square feet of space directly west of the Olympic Fountain Plaza.

While Kiln and Recursion are the two big companies that have formally announced their move to downtown.  Several smaller tech companies are rumored to be considering locations in The Gateway, as the transitioning mall’s owners continue to convert former retail spaces into commercial offices.

“The amount and level of innovation coming out of Salt Lake City has many taking notice, both at home and abroad,”  said Arian Lewis, founder of Kiln, in a statement.

The Gateway location will be Kiln’s second space in Utah.  The company will open a Lehi office this spring next to Vivint Solar’s headquarters.  Kiln’s expansion is indicative of the growing relationship between downtown Salt Lake and tech growth in Lehi.

Nationally, companies like Facebook and Amazon are looking to urban areas for expansion.  Last year, Facebook signed a lease for 436,000 square feet in the heart of San Francisco.  Amazon showed its determination to urban expansion when it announced the 20 finalists selected from 218 bids.  The overwhelming majority of the 20 finalist bids are in urban centers with transit access (a requirement by Amazon).

Utah failed to make the cut, but evidence suggests that the three sites submitted by the Governor’s Office of Economic Development were all in the suburbs including the prison site in Draper.

But other proposed downtown projects could further catalyze the downtown tech presence.  Texas-based developers, Patrinely Group, plan to build two 10-story office buildings on 600 South between West Temple and Main Street.  The developers are intentionally designing the buildings to attract technology companies by including large floor plates and high ceilings that are considered must-haves in the tech industry.