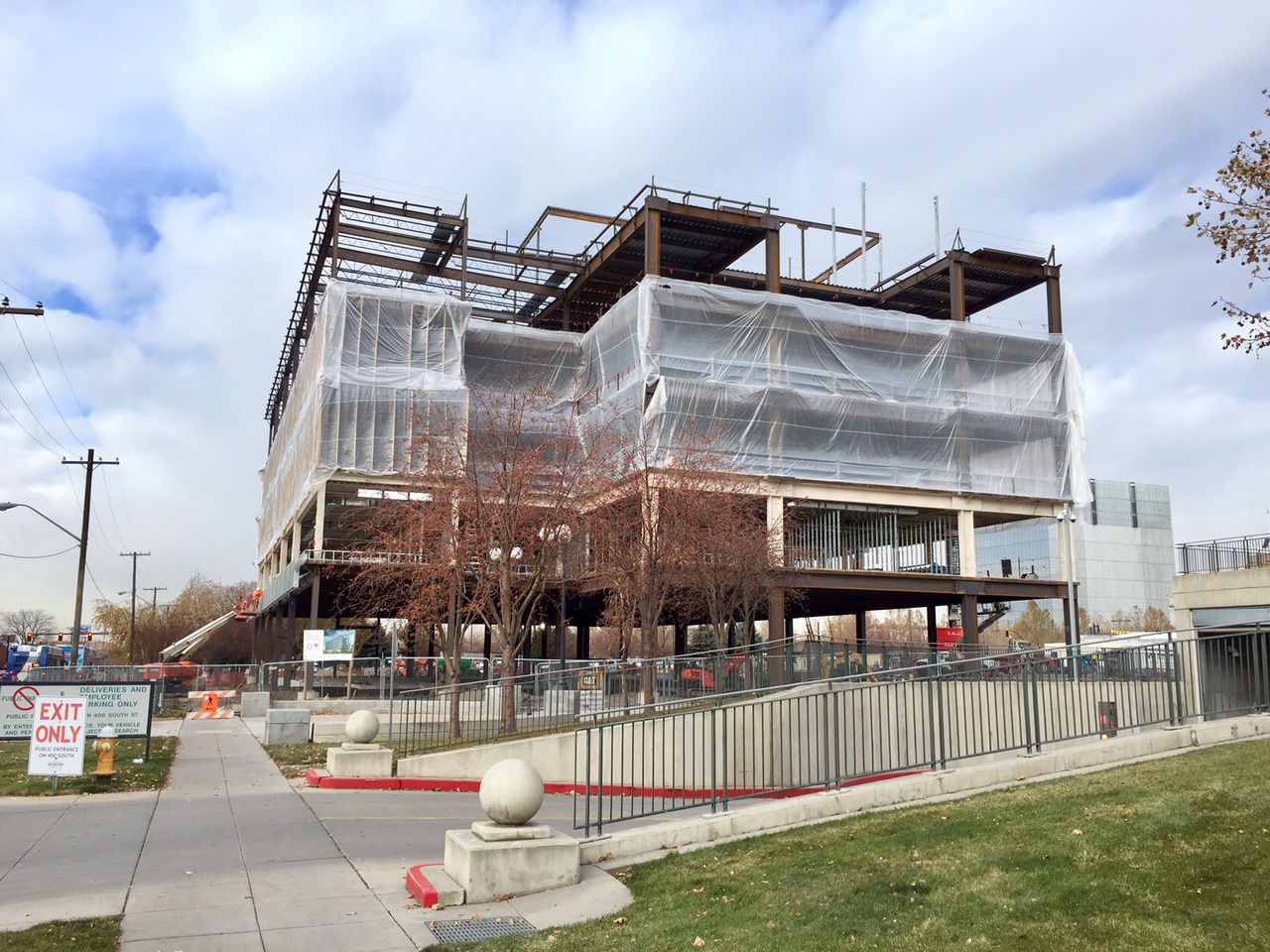 The ceremony culminated with construction crews placing the final beam atop the mechanical floor.  Both McAdams and Gill signed the last beam of steel, which also included signatures from county employees that will relocate to the office building once construction is completed.

The five-story downtown DA building, located directly west of the Scott M. Matheson Courthouse at 35 E. 500 South, was designed by MHTN Architects and will add 112,000 square feet of office space and a five-level parking garage with access points off Main Street and 500 South.  The office building will be built according to LEED Gold standards.

The DA building was purposefully placed midblock to have the building closer to the Matheson Courthouse and allow for private development at the southwest corner of the block.  According to McAdams, the county will put that parcel to out to bid sometime next year.

The parcel can accommodate a lean highrise and is zoned D-1 (Central Business District), which allows outright building heights on corner parcels of 375 feet (about 30-stories).  Developers can build even taller through the Conditional Building and Site Design Review (CBSDR) process.

The downtown DA office building is one of two buildings under construction.  Salt Lake County is also building a two-story, 28,000 square-foot office building in West Jordan.  According to County officials,  the locations for the two DA buildings were chosen in response to the population growth particularly in the southwest areas of the valley, and their proximity to mass transit and the nearby courtrooms where the attorneys do most of their work.

The Salt Lake City and West Jordan buildings are scheduled to be complete in 2018 and 2017, respectively.