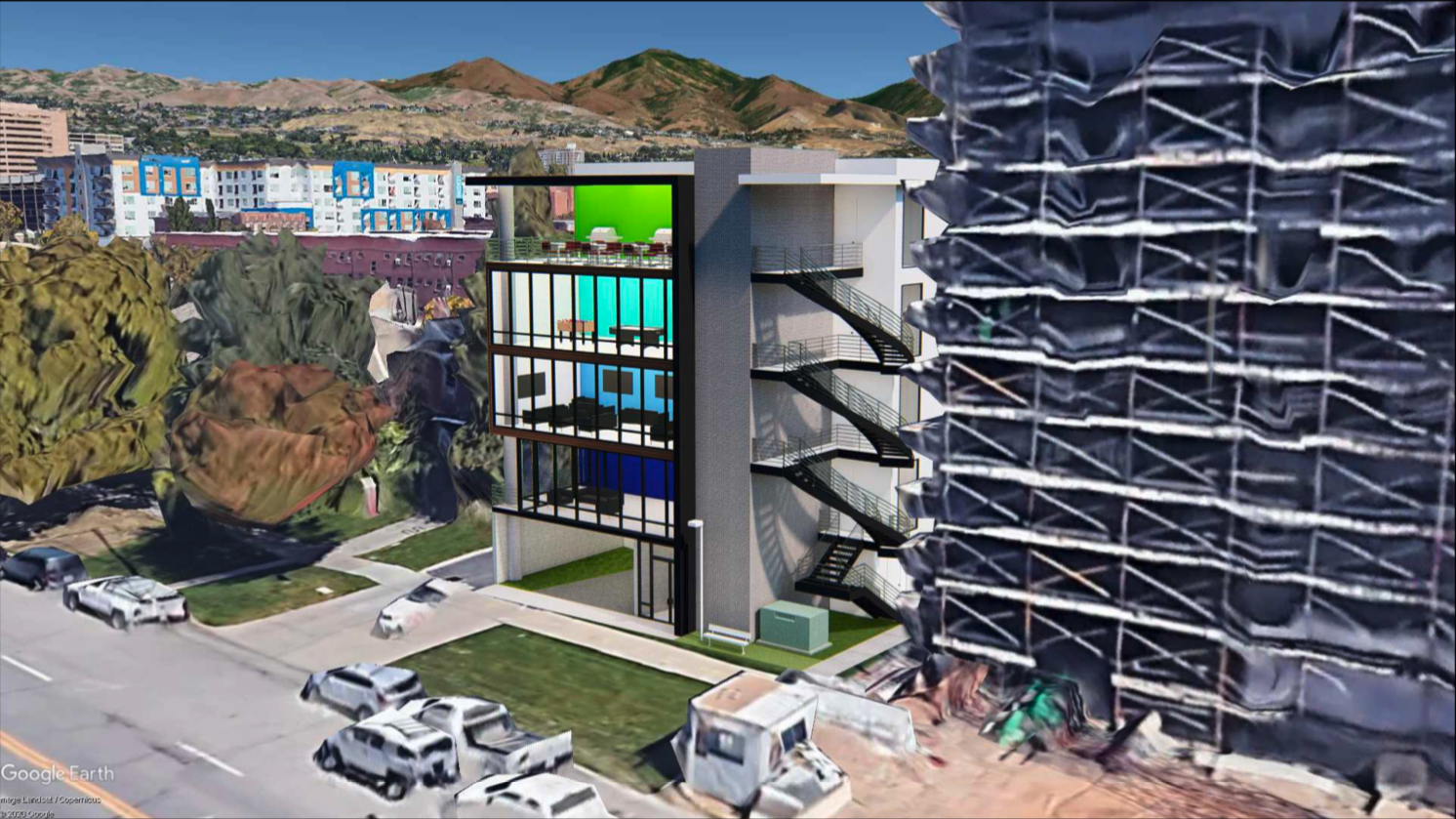 There’s no slowing the incoming residential tide in the Downtown area of Salt Lake City, with another project proposed on a small site of 400 East, two doors down from another.

The aQui apartments would bring 60 new market-rate rental units to a 0.22-acre site just north of TRAX on 400 South. It will include 17 parking stalls, two dedicated to car-share, and bike parking and storage.

It’s an example of an infill project, adding five-dozen units next to light-rail and multiple bus routes, and it will add to the thousands of residential units that are at some stage of planning or building Downtown.

TAG 343, which is being developed by a sponsor of this site, is the first property on the east side of 400 East that’s outside of the TSA zoning and has different building requirements than aQui’s site.

By our count, more than 2,300 new units are on their way to Downtown Salt Lake City, with the development teeing up an influx of people upon completion.

New units come from rental and for-sale high-rises in the urban core, tapering off into mid-rises farther east of State Street. The aQui, a five-story apartment building with a narrow street facade.

The entrance at 400 East will be just under 58 feet, and the building will run 165 feet east. The relatively slender street facade shows the infill nature of the project.

The new building will replace a 2,000-square-foot headquarters for the Upper Colorado River Commission.

The apartment makeup equals 272 units per acre, or easily over 400 more people Downtown. The aQui will include studios and one- and two-bedroom units averaging 387 square feet total.

Construction is expected to start later this year, upon approval. Because it’s in the city’s TSA zoning near 400 South, the project can get approval if planning staff agree with the developer’s self-assessment that the proposal meets zoning standards.

The developers believe they have 186 total points on the TSA design analysis. They’ll start building this summer if they get at least 125.

Want to see where developers are proposing and building new apartments in Salt Lake, or just want to support a local source of news on what’s happening in your neighborhood? Learn more about becoming a member.