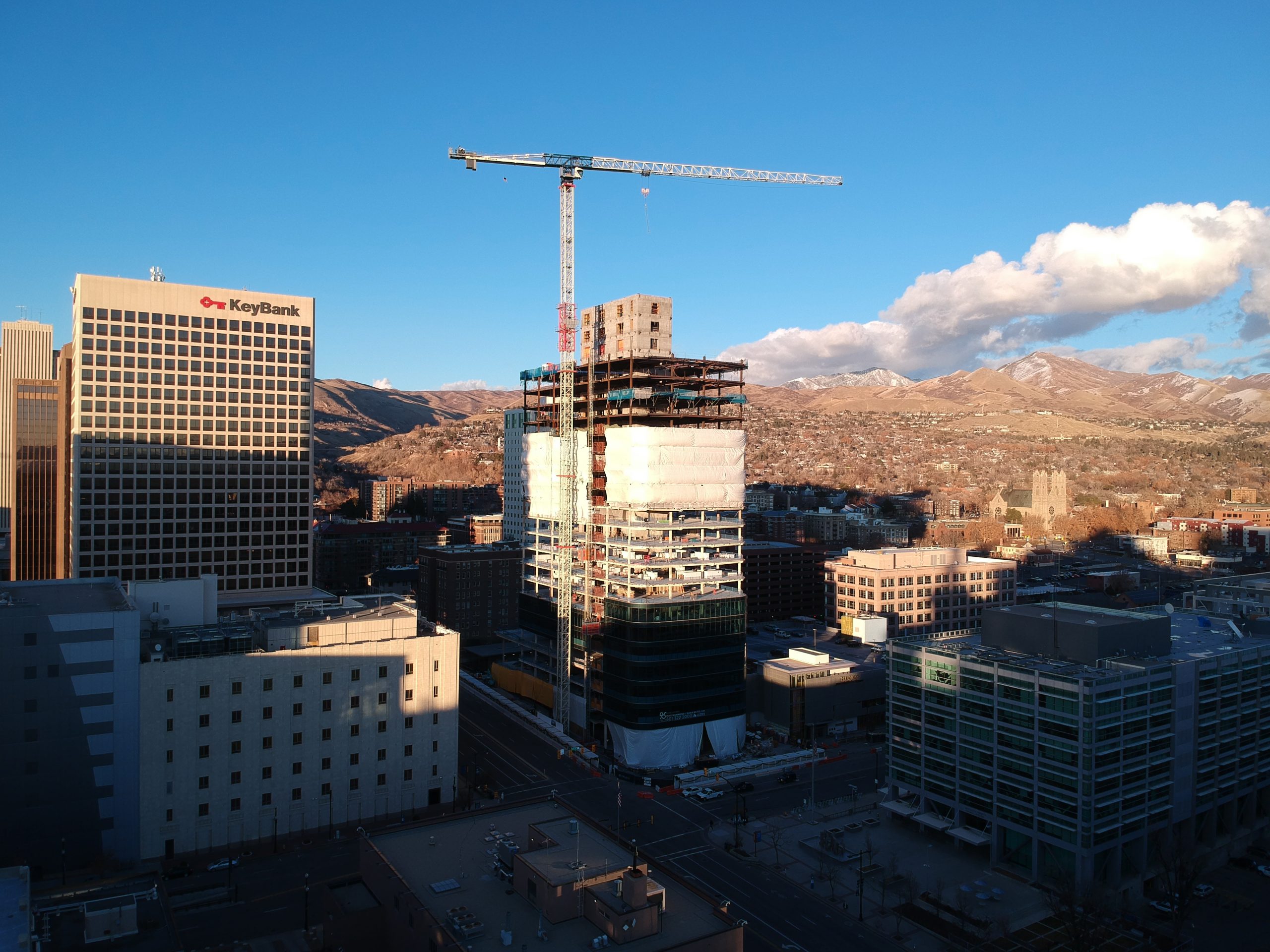 No one would say that energy levels are high in Downtown Salt Lake City these days. But there’s an unmistakable hum and a tap-tap-tap in the air, as construction projects large and small continue apace. We counted 1873 units under construction Downtown between 500 East and 600 West, North Temple and 500 South.

At the east end of the city’s “civic campus,” the mixed-use, mixed-income, low-carbon Exchange project is starting to get its outward-facing details applied.

The Ritchie Group project now known as the West Quarter, at 300 West and 100 South, will add hospitality, food + beverage, and residential units in the heart of west Downtown.

In east Downtown, the 200 South food + beverage scene will see a new influx of residents with The Birdie, at 200 East.

North of 200 South, just to the west of the Gateway Mall, the residential boom continues.

At 400 West and 300 South, the Northwest side of Pioneer Park is getting a for-sale condo project by CW Urban.

In East Central, at the foot of the Avenues at 500 East + E Street, The Hardison continues its emergence.

Cottonwood Residential’s Broadway project that runs the length of 200 and 300 South between 300 and 400 East is already making its mark on the East Central neighborhood Downtown.

Remember the Violin School Commons project? Anchored by the Northwest Pipeline building, its redevelopment was green-lighted by the Becker Administration in a partnership with local developers Cowboy Partners. That deal was scuttled by Becker’s successor, Jackie Biskupski.

Current Mayor Erin Mendenhall’s Community and Neighborhoods Department (CAN) Director Blake Thomas told us in no uncertain terms that the city has moved on. Currently, his department is looking at “costs to bring the building to a useable shell state.” His goal is to have all essential mechanicals working, and thereafter to release a Request for Inquiries (RFI) for the NW Pipeline building and the remainder of the property.