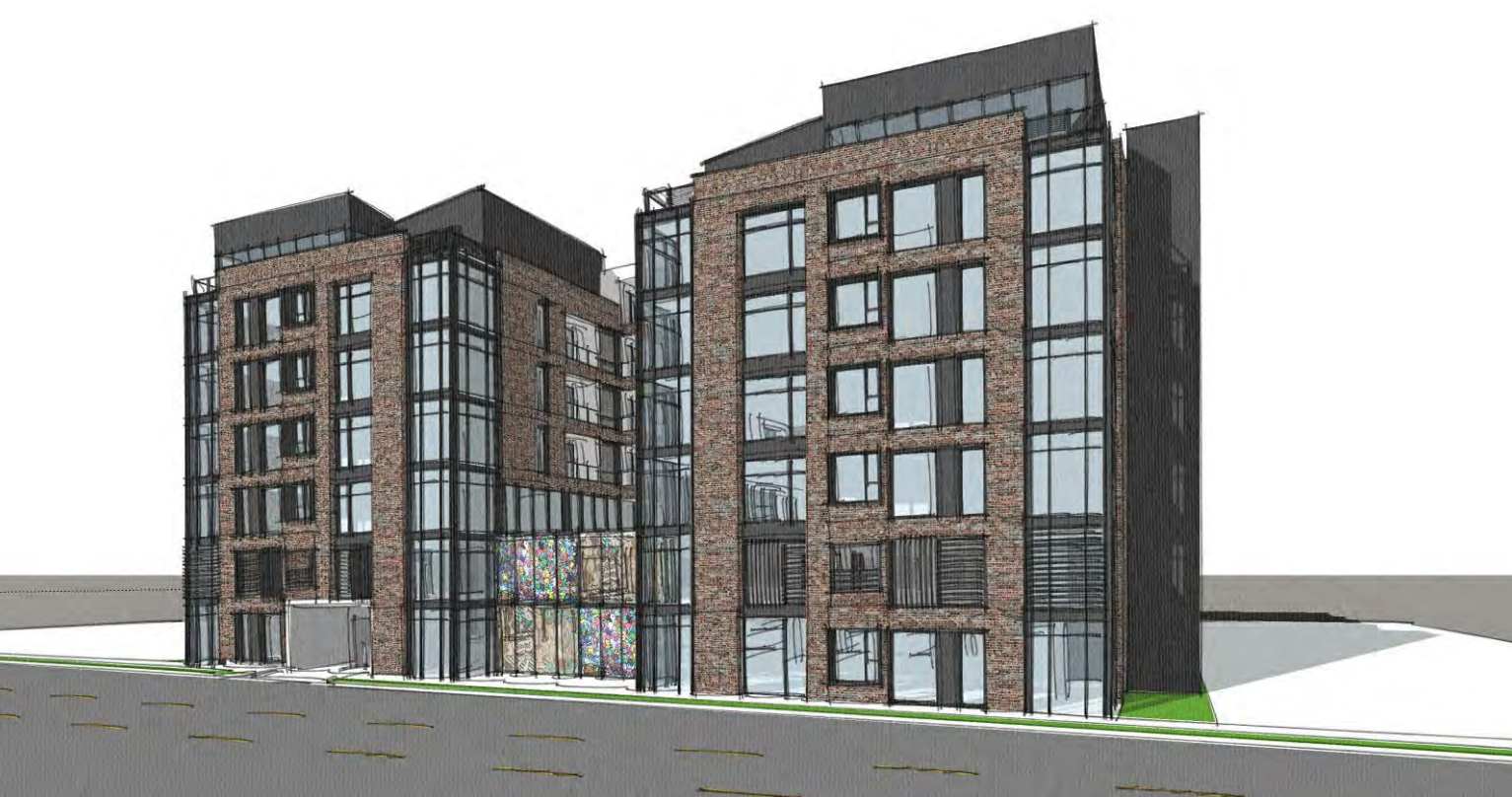 A developer that cut its teeth in town building mid-density townhomes is proposing to build a new, seven-story apartment building in Salt Lake City’s Granary District.

CW Urban is proposing to build 102 new rental apartments at 624 S. 300 W., a parcel of land in the Downtown-adjacent zone but surrounded by vacant land and squat warehouses in the general commercial zone.

If approved and built, The June would join a long list of new development in the area on the southwest fringe of Downtown, as developers have taken advantage of the neighborhood’s vacant buildings and land and easy financing terms in an opportunity zone.

The June proposal automatically triggered a design review process with the city because, at 85 feet tall, it would exceed the 65 feet allowed outright in the D2 zone. Buildings can rise as tall as 120 feet in the zone.

The proposal is a slight departure from CW, whose bread and butter has been quickly building for-sale townhomes on land that doesn’t require zoning changes, though the company has gone through the design-review process when entering the Downtown apartment market.

CW is still building several for-sale projects, but appears to be moving more into the rental market. Two projects — The Charli and The Olive — were pitched as for-sale condo projects but reverted into rental apartments during construction.

The June also contrasts with CW’s construction of The Birdie on the corner of 200 South 200 East. In that case, the developer actually sought a decrease in the required height for buildings on corner parcels in the Downtown core.

Three of the building’s four sides would not be activated, with the north side abutting a building containing R&R BBQ and the south and west sides nothing but two stories of concrete wall concealing the building’s above-ground parking.

The building would replace a car wash, dog wash and surface parking.