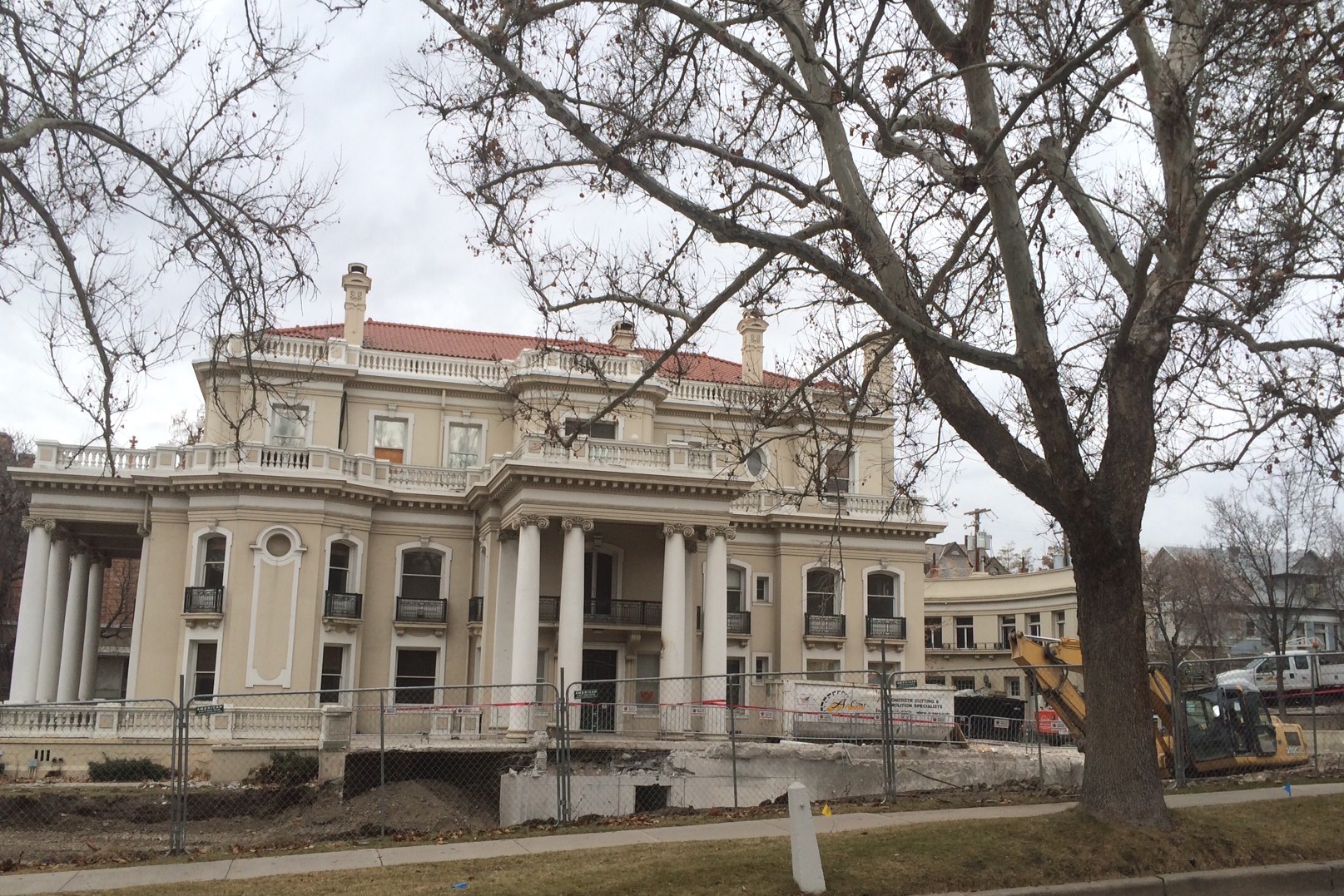 The East Wing of the former LDS Business College is no more.  The building, at the northwest corner of the intersection of South Temple and D street, was demolished to make for the new home of the The Utah Policy Institute.  The LDS Church donated the property that housed the business college until 2006, to the University of Utah in March of 2014.

The neoclassical, Enos Wall Mansion was built in the 1880’s as a Victoria-style home.  Mining magnate, Enos Wall purchased the home in the 1900’s and paid Richard K. A. Kletting, the designer of the Utah Capitol, to convert the home to a larger neoclassical-style mansion.

The demolished East Wing was built in the 1970’s and housed the library and offices for the LDS Business College.   The building was demolished to open up the space and will be replaced with walkways and landscaping that according to the University was necessary to “remain consistent with the historical layout of the site.”

The University of Utah will renovate the 35,000 square foot mansion as well as the two-story carriage house.  The exterior and interiors of both buildings will be restored while technological upgrades will be added to the buildings to accommodate the modern technological needs of the Utah Policy Institute.

The mansion has had a dynamic existence in 130 years since it was built.  After Wall’s death the mansion served as the home of the Salt Lake Jewish Center for nearly forty years until being sold to the LDS Church in the 1960’s where it became the LDS Business College.

Construction and renovations should be completed by January of 2016.