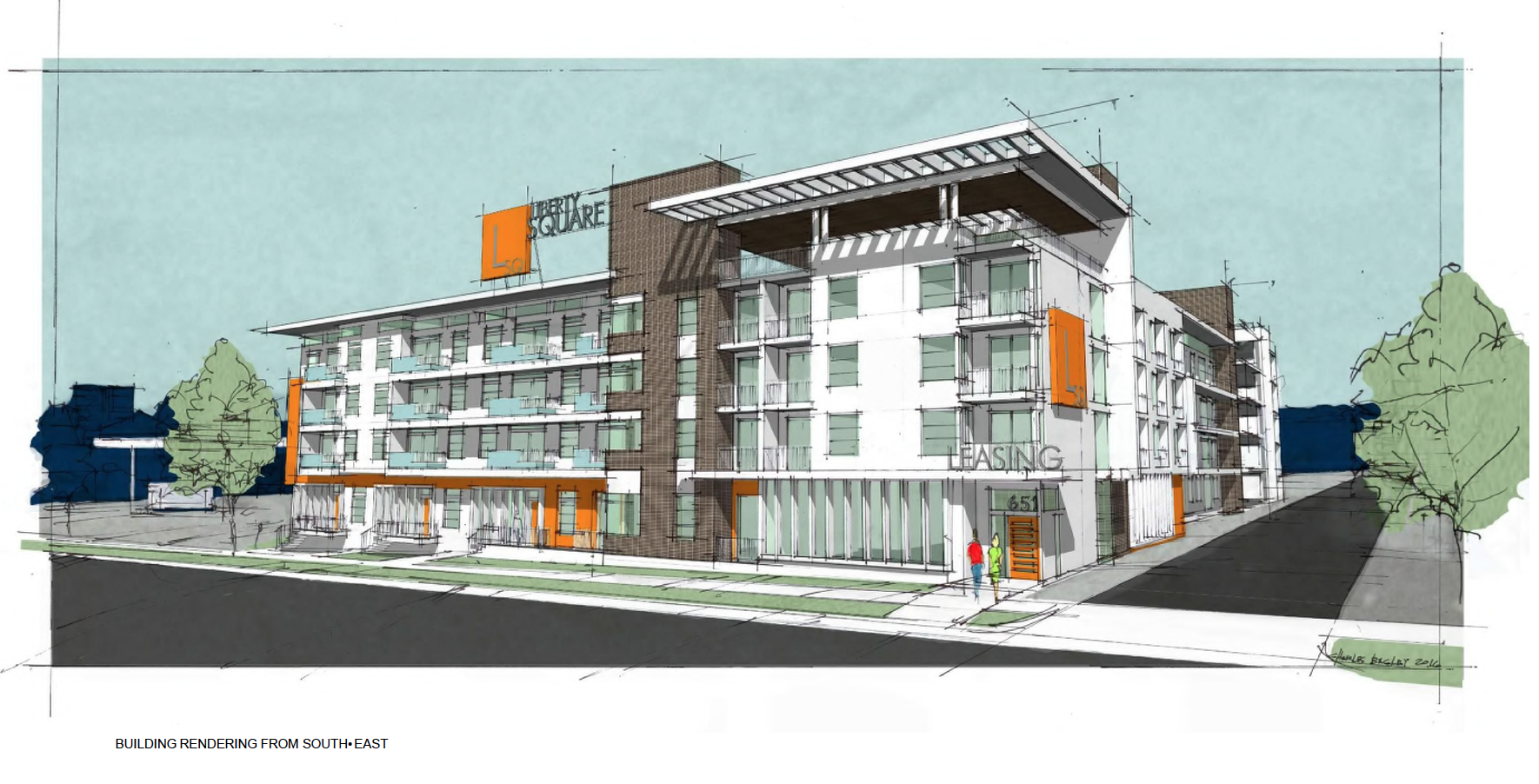 Developers are discovering that meeting the expectations of the Historic Landmark Commission (HLC) is not guaranteed.  Garbett Homes went before the HLC four consecutive times before the Commission approved the design and new construction for the Hardison Apartments at the intersection of 500 East and South Temple.

Cowboy plans to build the Liberty Square Apartments, near the 500 South and 600 East intersection.  The four-story project includes 135 residential units and will front both 600 East and 500 South.

Developers need approvals for changes to the Floral Ensign Building and for new construction because the project is in the Central City Local Historic District.

According to planning documents, the work session does not guarantee approval and the developers will need to return to the HLC for final approvals before construction can begin.  Planning staff also stated that the application is incomplete and the developers will need to submit more detailed elevation, roof and floor plans and provide clarification on the materials that will be used.

Planning staff is treating the updated design as a new project because staff feel that the new design differs significantly from the original design presented in October.  The original design appeared to have a brick and stucco exterior with brown and beige colors.  According to the project’s architects the new design “takes a cue from the Ensign Floral Building’s mid-century roots” with a mid-century mixed with “modern aesthetic” and uses a different color palette with orange, white and a darker brown.

Cowboy plans to maximize the lot size with zero setbacks on both 500 South and Green Street.  A parking structure will separate the residential building from the Trader Joe’s and Staples to the north.  The residential building will wrap around an inner courtyard.  The developers plan to include a sidewalk along Green Street to provide a mid-block pedestrian connection.

If the HLC decides to approve the project at a future meeting, Liberty Square would be Cowboy’s third residential project under construction in Salt Lake City.  Construction is winding down on the Liberty Crest Apartments, a 177-unit development near the intersection of 200 South and 200 East.  While construction is starting on the Liberty Boulevard Apartments, a four-story 267 unit residential mixed used development near the 400 South and 700 East intersection.