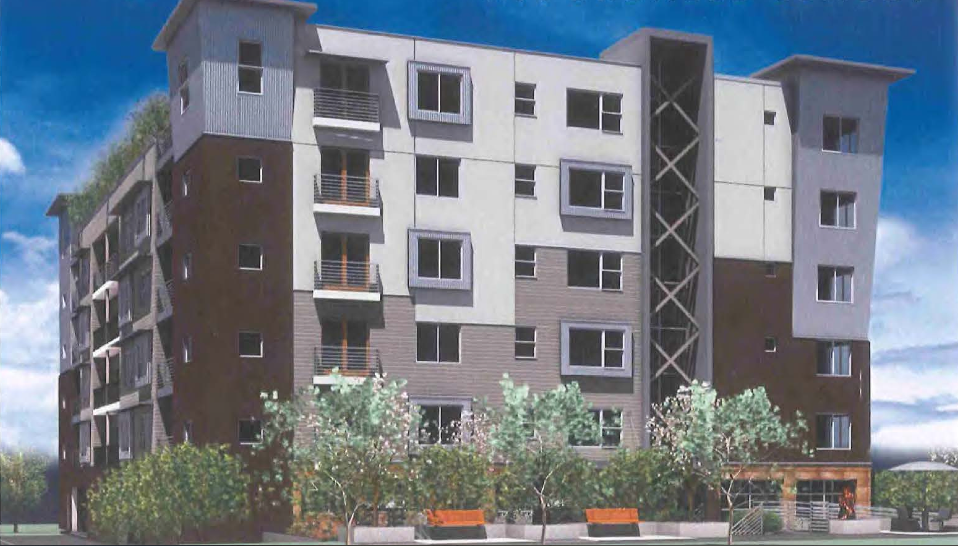 A proposed five-story, 85 residential unit development got the approval it needed on Tuesday to build a floor taller than was allowed under current zoning.

The Salt Lake City Council adopted an ordinance amending the City’s building height standards for the 9th Street Village Apartments on the northwest corner of 200 West Fayette Avenue.  The ordinance will allow the developer to build up to 65 feet by including the intersection of Fayette and 200 West into the Form Based Urban Neighborhood District (FBUND), which allows development on key intersections in the Central 9th neighborhood to build up to a maximum height of 65 feet

The developers for 9th Street Village Apartments argued that they intersection of Fayette and 200 West was a key intersection and that the increased height would benefit the neighborhood.

The development will be less than a block from the 900 South TRAX station.  The Central 9th neighborhood has the proximity to downtown, Interstate 15 and mass transit to make it a very desirable neighborhood.  The abundance of vacant and underutilized land provides multiple opportunities for development.

The Redevelopment Agency of Salt Lake City has heavily invested in the area with several projects slated to start construction in 2015.  With new mid-rise residential projects and several new businesses coming to the Central 9th neighborhood.  The neighborhood has the potential to become one of Salt Lake’s most walkable and vibrant.

The 9th Street Village Apartments will consist of five-floors of residential above a parking structure accessed from Fayette.  The residential units will be marketed as affordable luxury apartments.  Amenities will include a fitness center, spa, lounge and lobby.