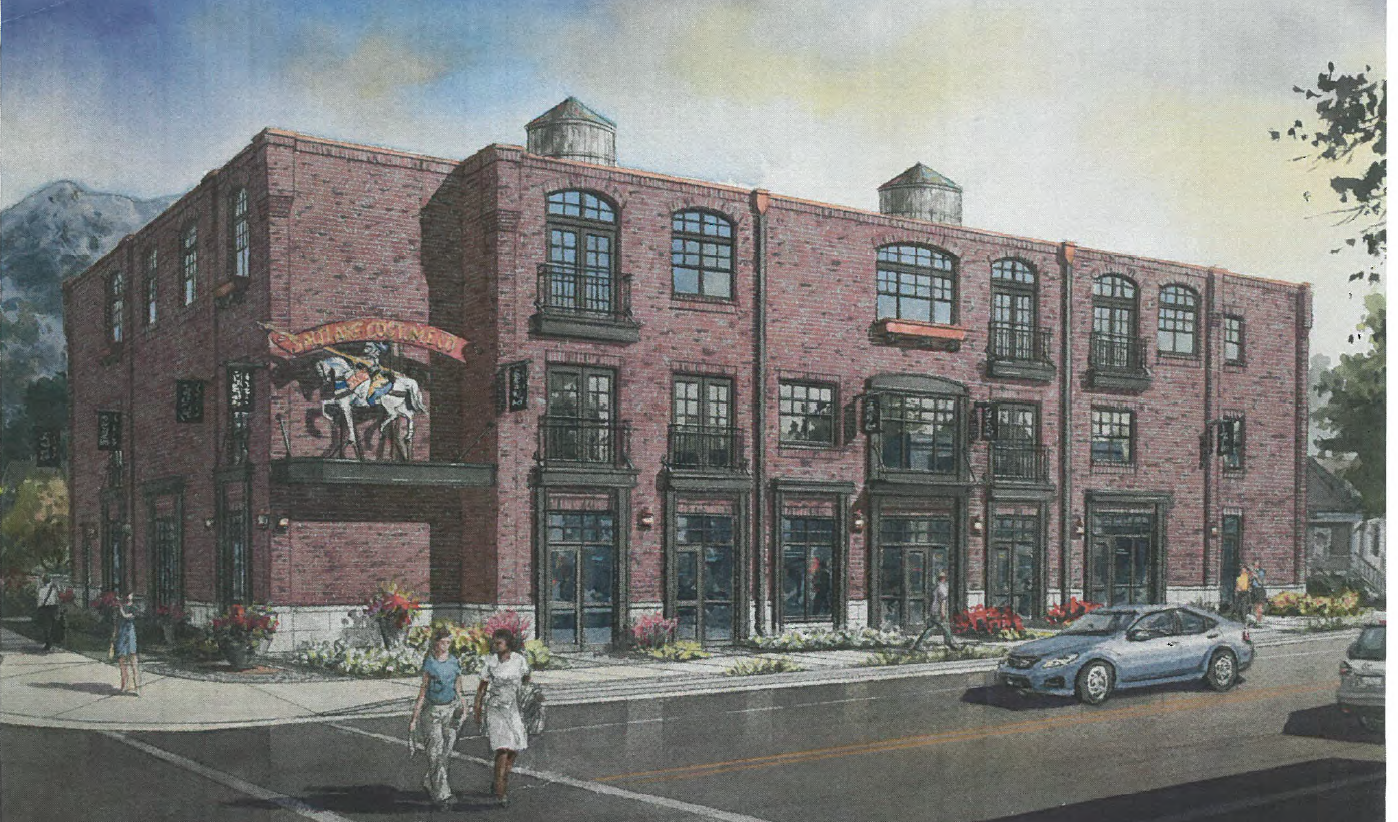 A long-vacant parcel is getting a new use while adding much-needed housing in the Sugar House neighborhood.   Construction has started on the historic Salt Lake Costume Building.  Developers, Salt Lake Costume Properties, Inc., are converting the building, on the southeast corner of the 1100 East and 1700 South intersection, into a 19-unit residential building.

The historic building has already gone through several lives and iterations.  The south part of the building was built in the late 1800’s as a lumber yard building.  In the early 20th Century, Westminister College purchased the building and built the north end which was used as a chapel.  In the late 1940’s the building became the headquarters of the Costume Company which included the addition of two floors.

The three-story building’s exterior shell will be preserved.  In September the Salt Lake City Planning Commission approved a planned development request that allows the developers to increase the building roof and ceiling heights by two feet.  The developers plan to remove the hard stucco that covers the top two floors and will instead utilize a brick veneer for the all three levels.

Because the current building has very few windows, the developers will add windows and glass doors on all three floors to increase transparency.  The top two floors will include exterior balconies.  The developers plan to retain the iconic knight sign and incorporate it into the building’s renovation.

The developers also plan to retain the adjacent surface parking lot that will be used for tenants.

In September the developers told the planning commission that they are looking into daylighting a county-owned portion of Emigration Creek that passes through the property.  The developers will be working with the county and the Seven Creeks Trust, a nonprofit dedicated to daylighting the county’s seven creeks.

This is an updated version of a previous post.