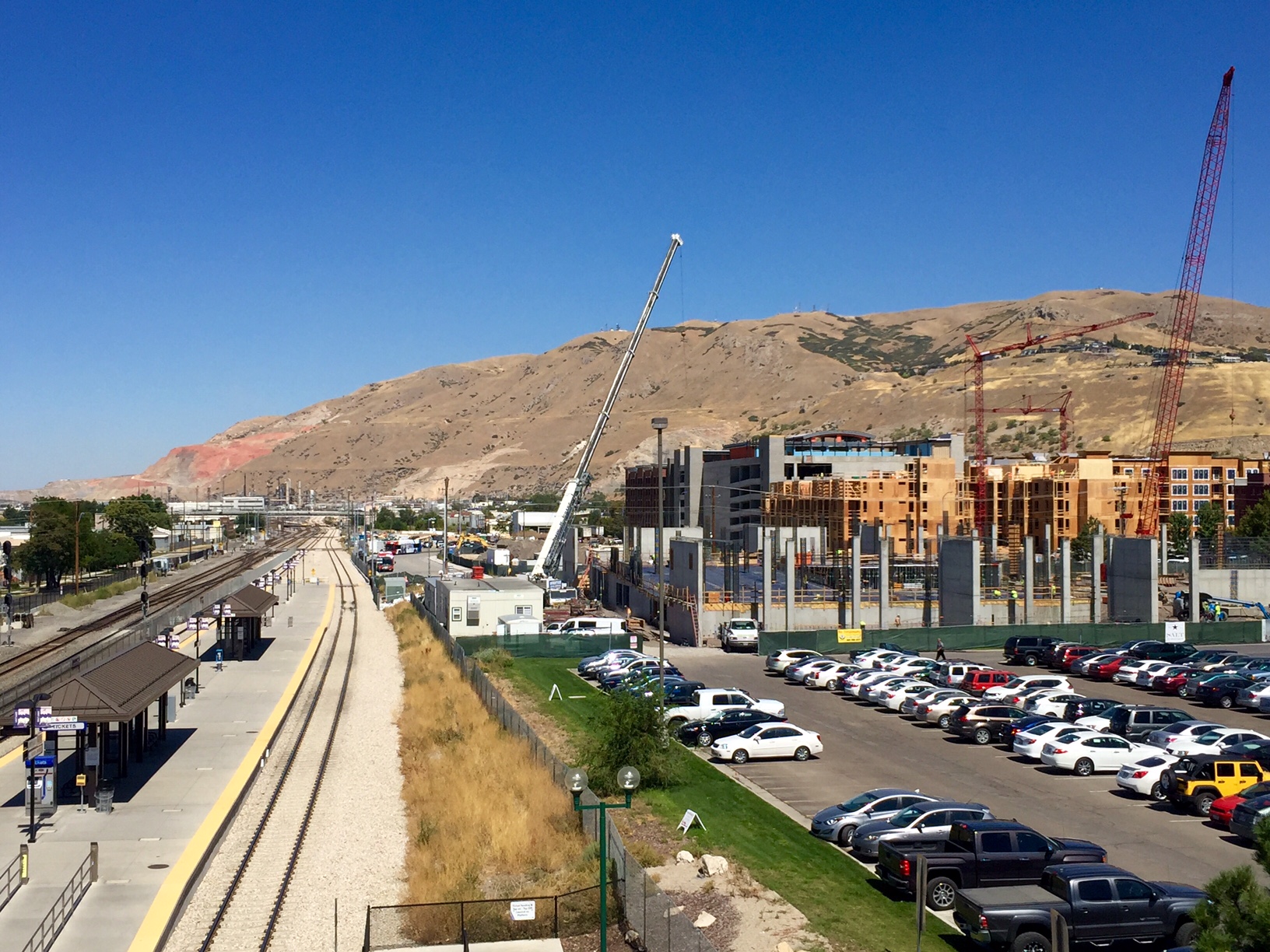 A new urban node is emerging in the immediate vicinity of the North Temple TRAX and FrontRunner Stations.  Construction is winding down on the 4th West Apartments on the 200 North block of 400 West and construction is underway on the first phase of the adjacent Hardware Village development.

To put that number into perspective, SALT’s projects will add more than 387 units than the 570 units recently added in the Sugar House core after the Vue at Sugar House Crossing, Liberty Village and Wilmington Gardens opened in 2014 and early 2015.

The SALT developments unit total is more than double the 425 residential units at the City Creek Center.  City Creek includes 66 floors of residential in four buildings.

The Hardware Village development will consist of four buildings including the historic Salt Lake Hardware Building at the southeast corner of the lot.  The new structures will be a 10-story office tower, called Hardware Station, directly west of the Hardware building and two residential buildings.

Both buildings will be built above a two-story concrete podium.  The east and west building podiums will have subterranean parking.  The west building will also have above grade parking with an eight-level parking structure.

The developers have applied for footing and foundation building permits for both Hardware Village West and East.  While, construction has started on the eight-level parking structure that will be wrapped by the west building’s six floors for residential.

The demand for office space in the area is growing.  According to KBS Realty Advisors the historic Hardware Building, referred to as the Gateway Tech Center, is 93 percent leased.   The five-story hardware building has 198,324 square feet of rentable commercial space.