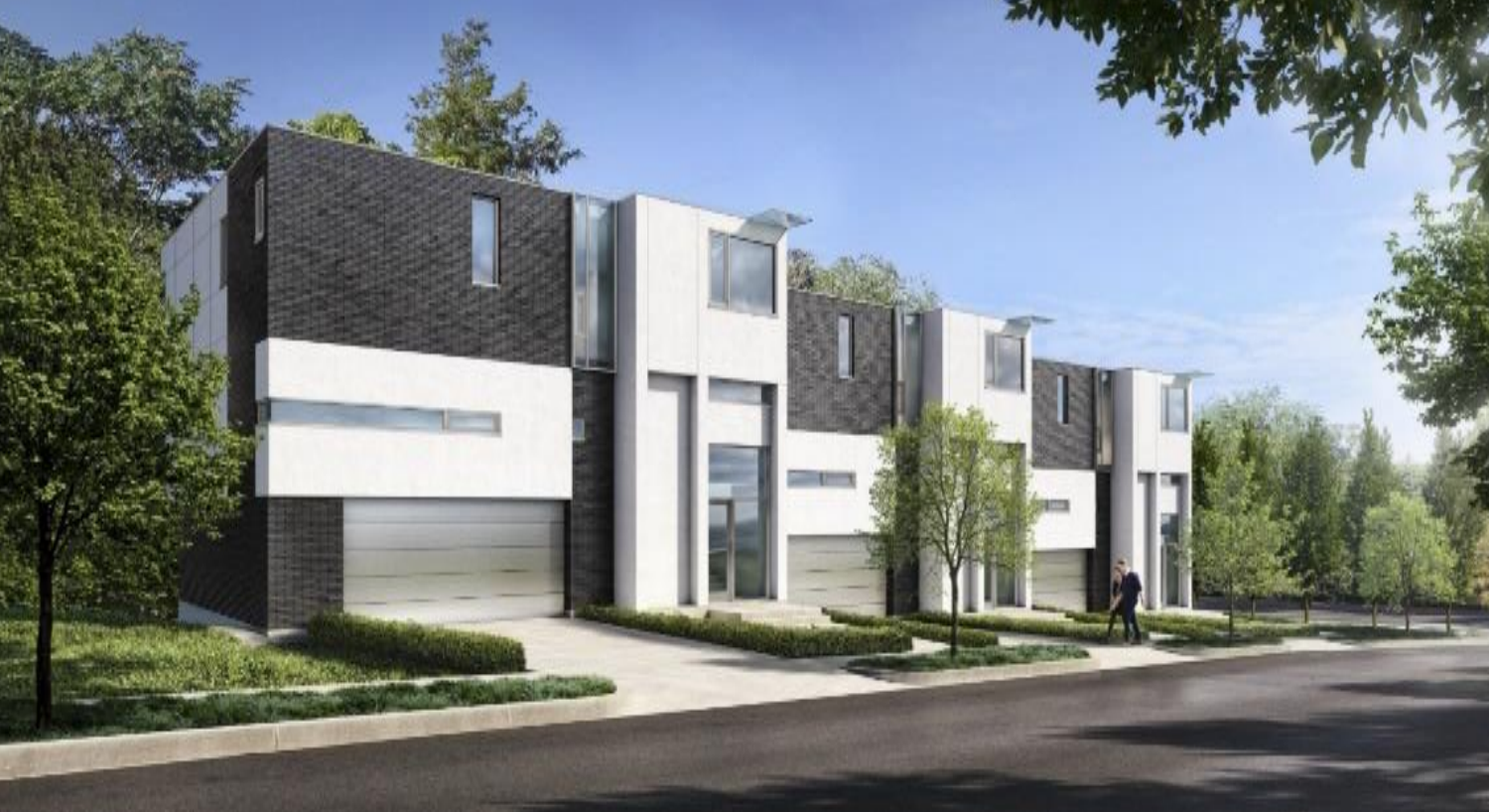 In Salt Lake, we may need a to coin a new term for the “missing middle” as more mid-density housing moves forward.  On Wednesday, the Salt Lake City Planning Commission approved planned development request for two for-sale, mid-density townhome projects.  Since January the commission has approved seven mid-density residential developments that will add a combined 36 residential units, 24 of which will be for-sale townhomes.

Because townhome projects typically require units to front a private street and require yard setbacks, most must go through the Planned Development process for commission approvals.

The projects approved on Wednesday, Downington Place and TAG 500, each consist of three attached single-family homes.

The home will be three stories with around 3,000 square of living space.  Each home will have a two-car garage on the ground floor, living space on the second and bedrooms on the third.  The second and third floors will have balconies.  The northernmost unit will front 500 South.  The two adjacent units will front a private street.

TAG 500 is TAG SLC’s second townhome project to get approval this year.  In January the commission approved the developer’s planned development request for three townhomes proposed for the 600 East block of 100 South.

Developers, Downington Place, want to build three attached townhomes on 0.28 acres at the southeast corner of the 1300 East and Downington Avenue intersection.  The homes will be three stories with a garage on the ground floor, living space on the second and two bedrooms and a study on the third floor.  The homes will be energy efficient with solar panels on the roof.  The developers are requesting a zoning amendment to allow for the increased residential density in the predominantly single-family neighborhood.  Additionally, the developers went through the planned development process to allow for reduced front yard setbacks.  Unlike the other townhome developments, the Downington Place units will front a public street.

The commission members also voted to forward a favorable recommendation to City Council for the developer’s request for a zoning amendment.  The Downington Avenue parcels are in the R-1/7000 (Single Family Residential) zone.  The developers want to rezone the parcels RMF-30 (Low-Density Multi-Family) to allow for reduced yard setbacks.  The project would replace two duplexes.