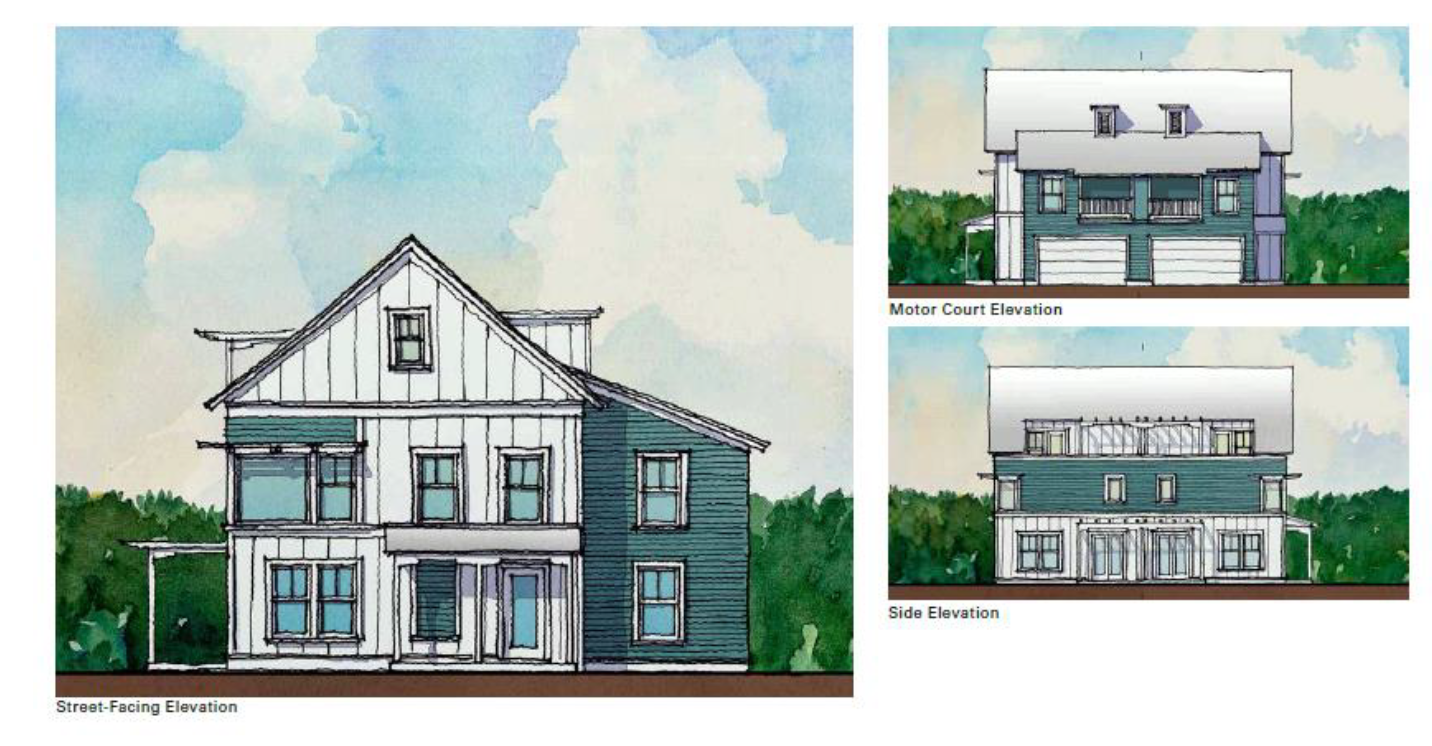 More missing middle housing is coming to Sugar House.  On Wednesday, the Salt Lake City Planning Commission approved a planned development request for the developers of the Roof Garden, a five-unit townhome development proposed for the 2500 South block of 800 East.

The project will consist of two buildings, with two and three units respectively.  The developers, Sego Homes, needed the planned development approval to allow for four of the units to front a private street.  Only one unit will front 800 East.

The project replaces a single family home on 0.41 acres.  The property is zoned RMF-30 (Low Density Residential Multi-Family) which allows for the proposed density and the developer to build up to 30 feet.  According to planning staff, the developer could build without planning approval if the five units were placed in one building.

Corbridge expressed his company’s preference for townhomes over condominium units as townhomes fit better into a neighborhood and are easier to finance and will allow for the developer to more easily sell off the individual parcels when the homes are completed.  In an attempt to make the project aesthetically fit into the surrounding neighborhood, the developer designed the street-facing unit to resemble a single family home.

According to planning documents, all five townhomes will have three bedrooms and two baths.  Each home will consist of two floors of living space above a ground floor garage.  The project gets its name from the private, outdoor roof gardens that will be included in four of the five townhomes.

Sego Homes has traditionally focused on building energy efficient homes in the Daybreak master-planned community in South Jordan. This is the developer’s second for-sale townhome project in Sugar House, in 2015 the developers completed the S-Line Townhomes, a four-unit townhome development at the intersection of the S-Line Streetcar and Greenway and 800 East.  As with the Roof Garden development the, S-Line Townhomes needed approval from the planning commission to have the homes front a non-deeded street.  All four of the S-Line homes front the greenway and streetcar line.

“We are glad to see some infill housing, in Sugar House we have a million new apartments but not too many new single family homes,” said Judi Short, the land-use chair for the Sugar House Community Council.