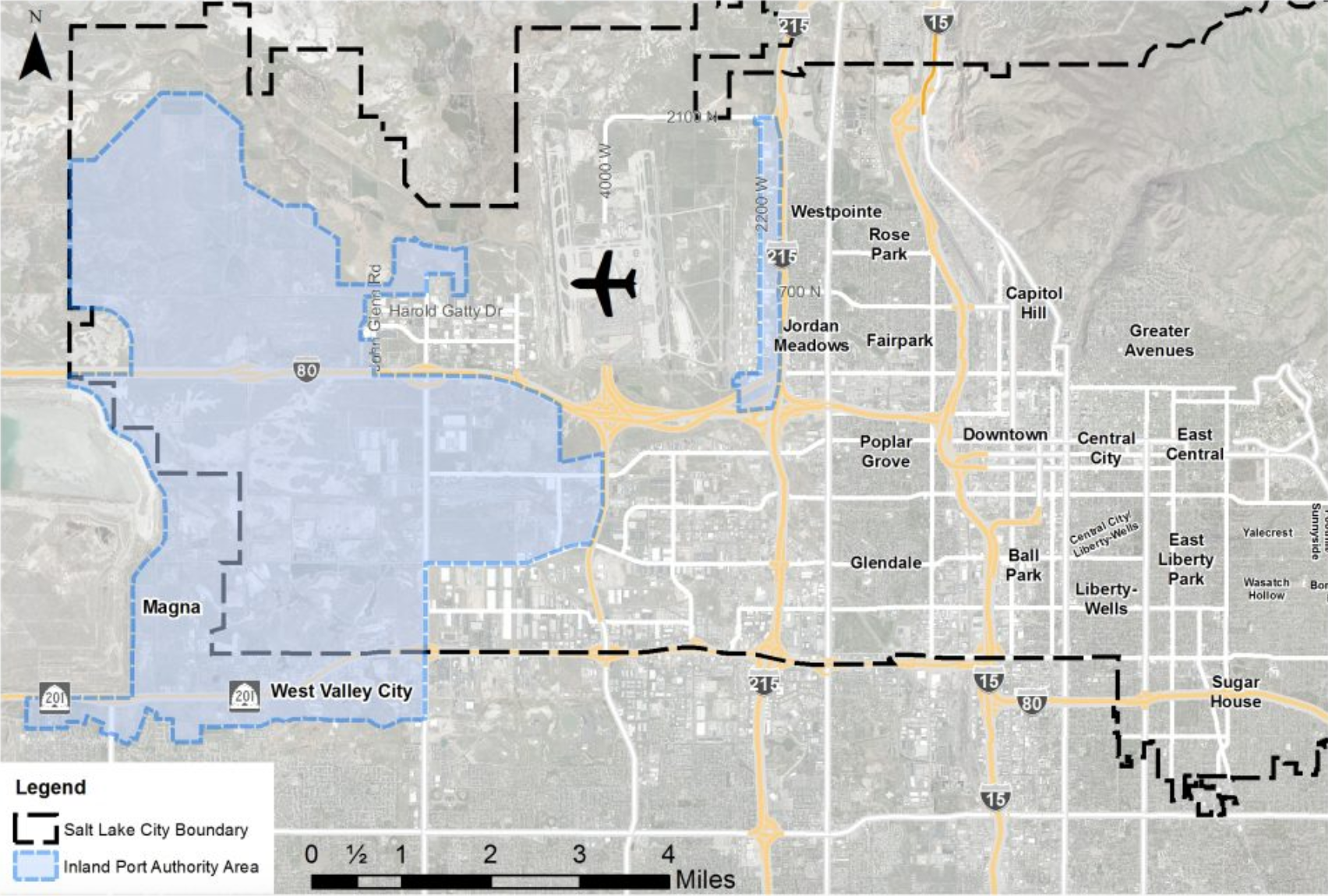 As required by statute, the mayor also wants to add inland port uses as permitted and/or conditional to the zoning districts that are located within the inland port designated area.

“My Administration will explore every possible opportunity to protect the city’s interests and our Constitutional authority over how land is developed in our jurisdiction,” said Mayor Biskupski in a statement. “While we are being forced to expend tremendous effort and time to meet this arbitrary deadline, the troubling fact remains even our updated regulations can be overturned by the Inland Port Authority Board at any time.”

According to the mayor’s office, one of the main focuses of the zoning change project will be to evaluate the types of uses that might be associated with an inland port and develop regulations that support Salt Lake City’s sustainability and master plan goals. Many inland port uses are already allowed in the M-1 (Light Manufacturing) zone, which occupies the majority of the defined inland port area.

“While we continue to explore our legal options, it is important that we update our zoning in the impacted areas to ensure our values are clearly defined prior to any significant action taken by the unelected Inland Port Authority Board,” said Mayor Biskupski in a statement.

Over the next six weeks, the city will reach out to the public, property owners, special interest groups and developers regarding any proposed zoning updates. The Planning Division also seeks input on how the city can address the standards that the inland port authority appeal panel is required to use related to impacts from an inland port use.

After the initial community outreach, any potential zoning amendments will need to go before the Salt Lake City Planning Commission for a recommendation before going before the city council for final approval.

The city has spent almost a decade exploring how to best develop the 3,000-acre area west of the Salt Lake City International Airport known as the Northwest Quadrant. The area is home to sensitive wetlands and the fluctuating southern shore of the Great Salt Lake and officials explored various potential uses before deciding on light manufacturing.

Earlier this year the city took several significant steps in developing the area by creating a Tax Increment Financing District and entering into developer agreements with property owners.  That momentum came to a halt in March when the Utah State Legislature passed Senate Bill 234, the Inland Port statute, that turned over the management of the NWQ and a proposed inland port to a state-appointed board.

City council leaders reached out to state officials after talks between the mayor and Governor Herbert’s office fell apart in May.   In July, the city council and state leaders reached an agreement on several amendments to SB 234 that clarifies boundaries and council representation and removes all wetlands identified in the city’s Northwest Quadrant Master Plan.  Additionally, the revised bill removes zoning from jurisdictional lands and requires a sustainability plan as part of the business plan. It also includes a provision that 10 percent of property tax increment will be dedicated to affordable housing.