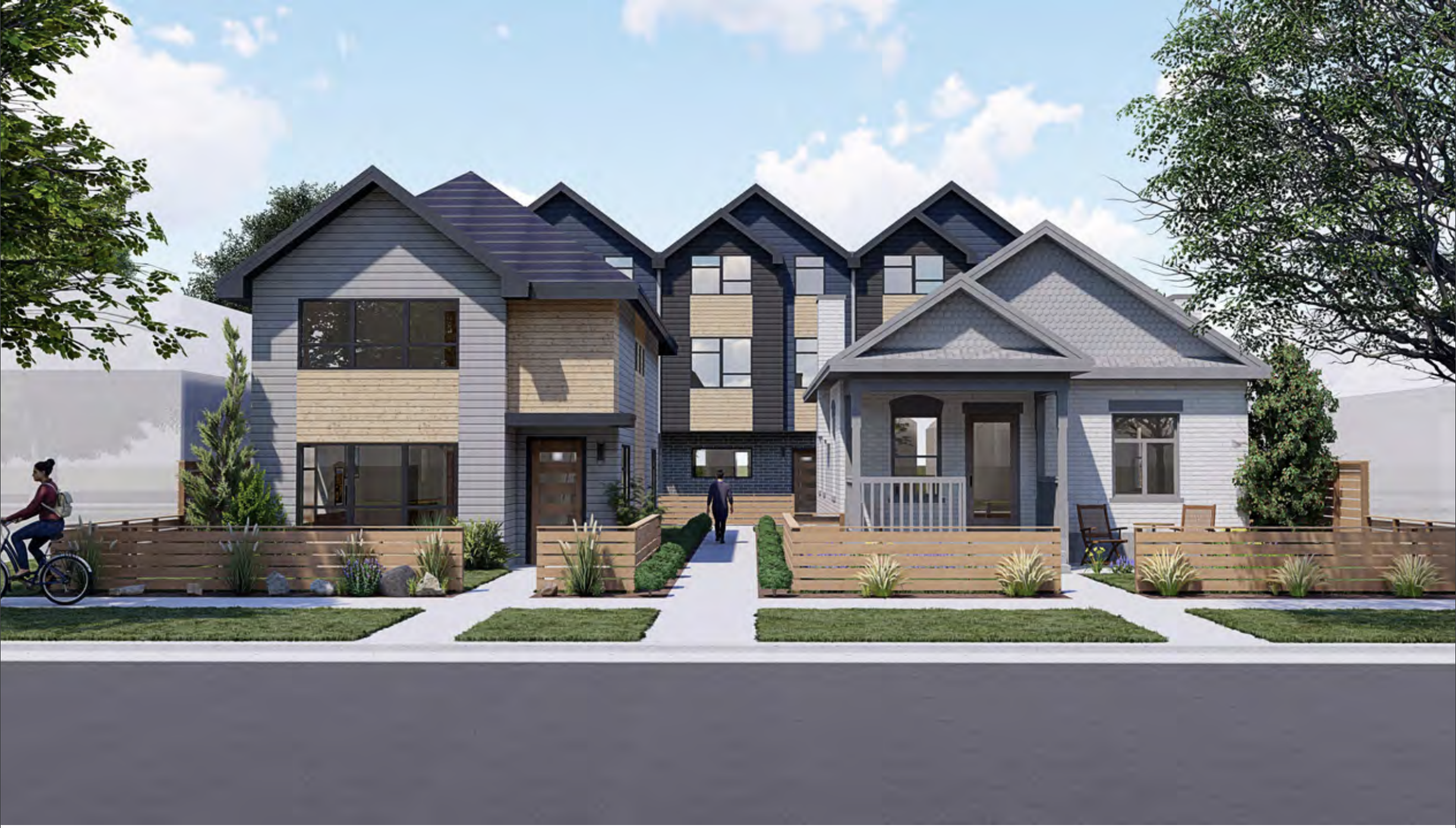 The urban enclave known as Central 9th would get four new single-family homes under a proposal that would continue the quick and ongoing build-out of the transit-rich area southwest of Downtown.

Three of the new homes in Jefferson Court would be attached, built in a two-story row-home style. Another detached home would be added, and an existing historic home at 850 S. Jefferson would be renovated and preserved.

This is the type of project envisioned by the smaller-scale of the two form-based codes created for the area, along Jefferson and Washington streets. Instead of one house with a large yard surrounded by transit and mixed-uses, the 0.2-acre parcel would now become home to perhaps five families.

It’s also not the first of its kind. Several other properties nearby contain multiple high-end attached homes on similar properties in the area.

While off-street parking isn’t required in the FB-UN1 zone, the developers would add four angled spaces accessed by the alleyway behind the property.

The builders, Northstar, suggested the eventual community would be managed by a homeowner’s association, meaning the new units would be for-sale.
The project is being reviewed as part of the planned development process by the city, and a hearing over the increased height and density of the project will be scheduled later this summer.