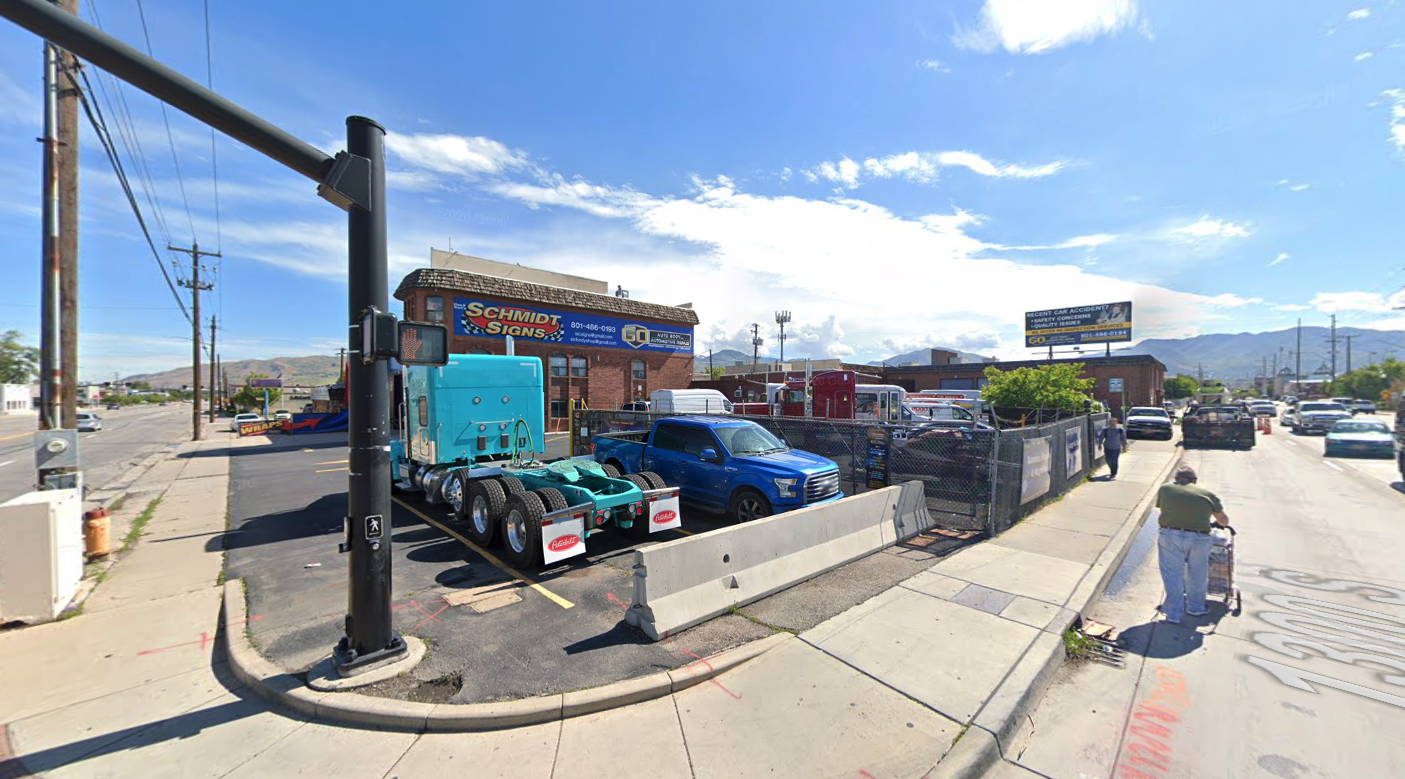 The section of 1300 South between the Ballpark TRAX station and 300 West would continue its transformation into a dense residential strip under new plans for several acres of land reviewed by Building Salt Lake.

Despite its existence as a street that’s hostile to people who aren’t driving cars, developers have chosen to redevelop this industrial segment of the neighborhood.

Everything from low-income housing to for-sale condos and the latest proposal for 159 new units in a five-story apartment building promise to add life to an area that’s quickly attracting more people.

The newest apartments don’t yet have public renderings. They’d replace the remaining warehouse buildings fronting 1300 South near 250 West with a five-story building, two stories of parking and some commercial space on 300 West.

The available schematic shows the project is being designed by Architecture Belgique.

The Schmidt project leaves just one building on that side of the block, as a low-income housing project will be built directly adjacent to the TRAX line.

An available schematic appears to show residents would have access to the parking garage from 300 West, 1300 South and Lucy Avenue.

Unlike the affordable housing project to the east, which will have no parking, the Schmidt apartments would add 167 parking stalls for the 159 new units.

This continues a rush of building in the Ballpark neighborhood.