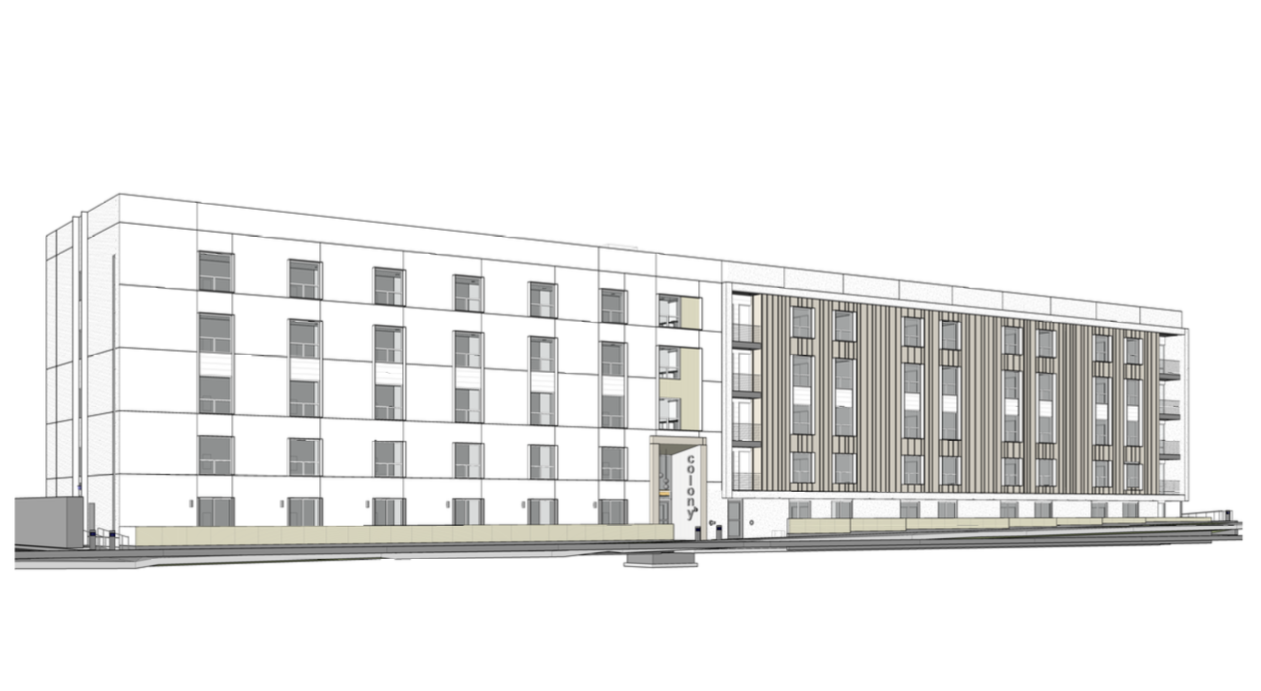 34 of the building’s units will rent at market rate.

The project sits on .5 acre in CG Commercial General zoning. There is no parking on site.

Immediately to the north is The Lucy, a condo project by CW Urban.

The developers, Colony B LLC, is a partnership between the Neighborhood Nonprofit Housing Corporation and Defy I LLC, a Bountiful-based company.

They put together a capital stack that includes LIHTC federal tax credits, and loans from the Rocky Mountain Community Reinvestment Corporation, the Olene Walker Loan Fund and the Salt Lake City RDA.

Colony B will initially lease to eleven young adults aging out of foster care, and also includes 15 Type A ADA units.