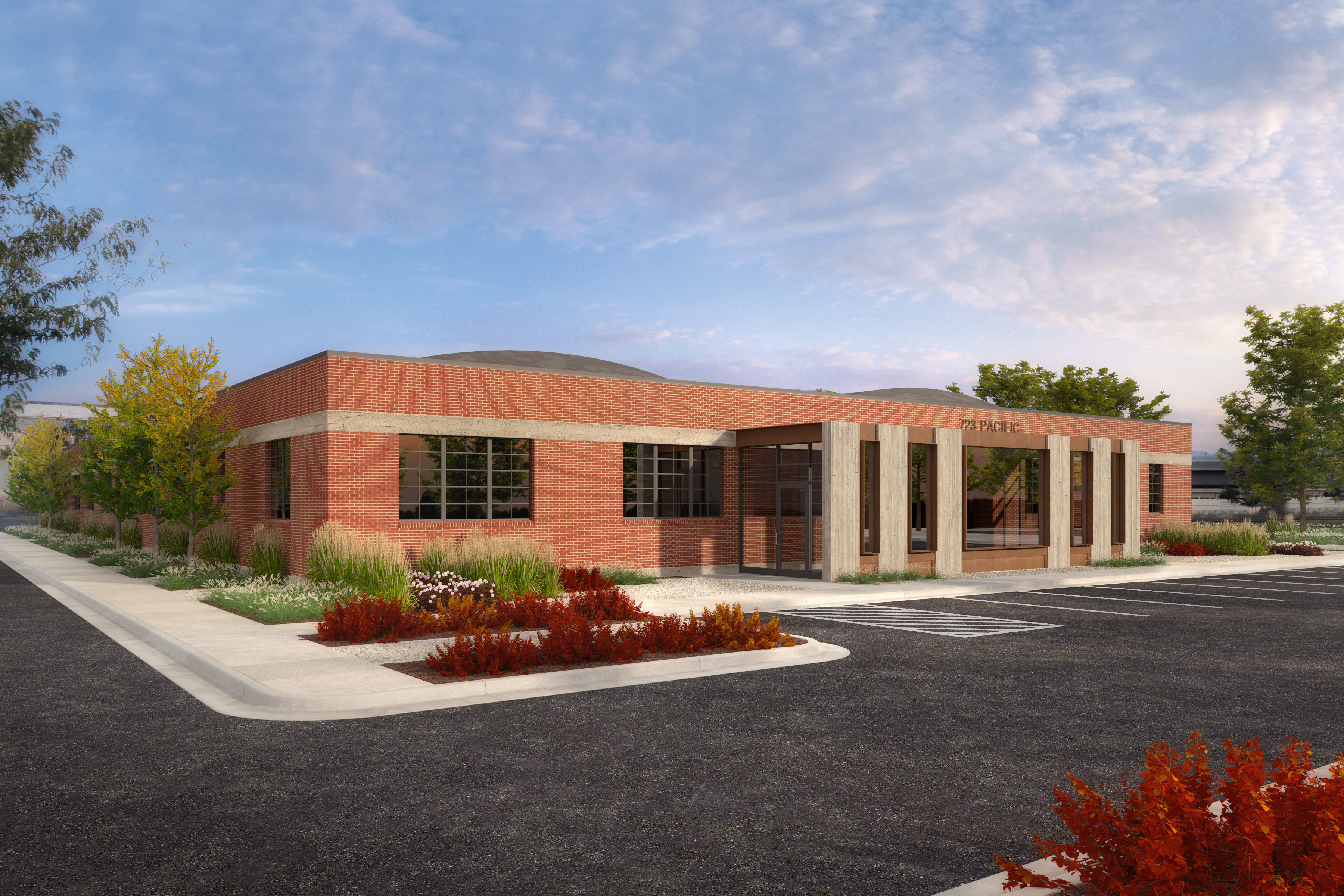 The 700 West block of Pacific Avenue isn’t on the radar of most Salt Lake City residents.  The block can be a challenge to get to, tucked between the 400 South overpass and the 500 South offramp and a rail yard to the east and Interstate 15 to the west.  But the block is becoming a small center for architecture firms amidst the industrial landscape of downtown’s western edge.

The architectural firm, Naylor Wentworth Lund Architects, has partnered with a local developer to convert a 65-year-old former maintenance building into 22,000 square feet of office space.  The building will serve as the new headquarters for the company, currently leasing space in a two-story office building across from Pioneer Park on 400 West.  The firm’s current headquarters was also an adaptive reuse project, the building was a slaughterhouse before being converted into offices.

The move will allow the firm to own instead of rent and according to Nate White, associate architect for Naylor Wentworth Lund, the move reconfirms the company’s commitment to Salt Lake City’s west side.  The firm has spent close to 20 years in the 400 West location.

The team gutted the warehouse last fall and started construction in January.  Since the building is historic and to take advantage of tax credits, the team has to maintain many of the building’s original features.  White argued that while adaptive reuse comes with its own set of restrictions, the maintenance building has good bones and after everything inside was gutted, it felt like designing with a blank slate.

The warehouse will be converted into two adjacent office spaces, 10,000 square feet each.  Naylor Wentworth Lund will occupy the south end, while the north end will be built to suit for a future tenant.

“When you walk in, you can tell it is a unique space,” said White.

The firm’s new headquarters will include five private offices, two conference rooms, library and breakroom.  The rooms will anchor both the east and west ends of the building with an open workspace at the center, where the majority of the firm’s 45 employees will work.  The building’s high ceilings will allow the company to build two mezzanine level, open workspace areas above the interior offices and conference rooms.

The building’s original windows and the industrial garage door frames will be retained.  The physical doors will be removed and a small entry way/foyer will be built on the building’s west side.

Naylor Wentworth Lund Architects will be the second architectural firm on the 700 West block of Pacific Avenue.  FFKR Architect’s offices are in the Bogue Building directly across the street of the 723 Pacific building at 730 W Pacific Avenue.  As with the 723 Pacific building, FFKR renovated the formerly industrial Bogue Building into office space for the firm’s 120 employees.

Construction of the 723 Pacific building is expected to be finished by April.